Football SA rebel Female Football Awards celebrate the people going above and beyond in the community to support the quality of football at all levels. It is an honour to celebrate these local faces for their achievement on and off the pitch.

The below winners will now be the SA nominees for the 2020 FFA rebel female football awards in March.

Community Player of the Year - Sarah Denton of Flinders Flames

Sarah was new to Flinders Flames WFC in 2019, at just 19 year old she has talent beyond her years. Sarah was voted as the Division 1 Team Captain by her peers and coaches. With a positive attitude and strong leadership qualities, Sarah left her mark on the club in her first year. Sarah's involvement was felt in training sessions and game days with the development of rising stars and junior girls. This impact on the squad created such an environment that both teams were runners up on their respective ladders. She was awarded the clubs 'Most Valued Player' and the Golden boot award recipient for Division 1.

Sarah always reinforces constructive and encouraging communication on and off the pitch, giving teammates guidance, confidence, and support. Sarah sets an example for all to follow and enforces our club culture and ethics, she is always involved and engaged in all our club's social activities and fundraising.

Sarah has shown commitment to the game by undertaking an assistant coaching role within our Australian Masters Team, dedicating her own time and money for the team with training sessions prior to the tournament. She has also expressed her desire to further her knowledge of the game by undertaking the C License coaching course. This cementing her impact and dedication to the football community. 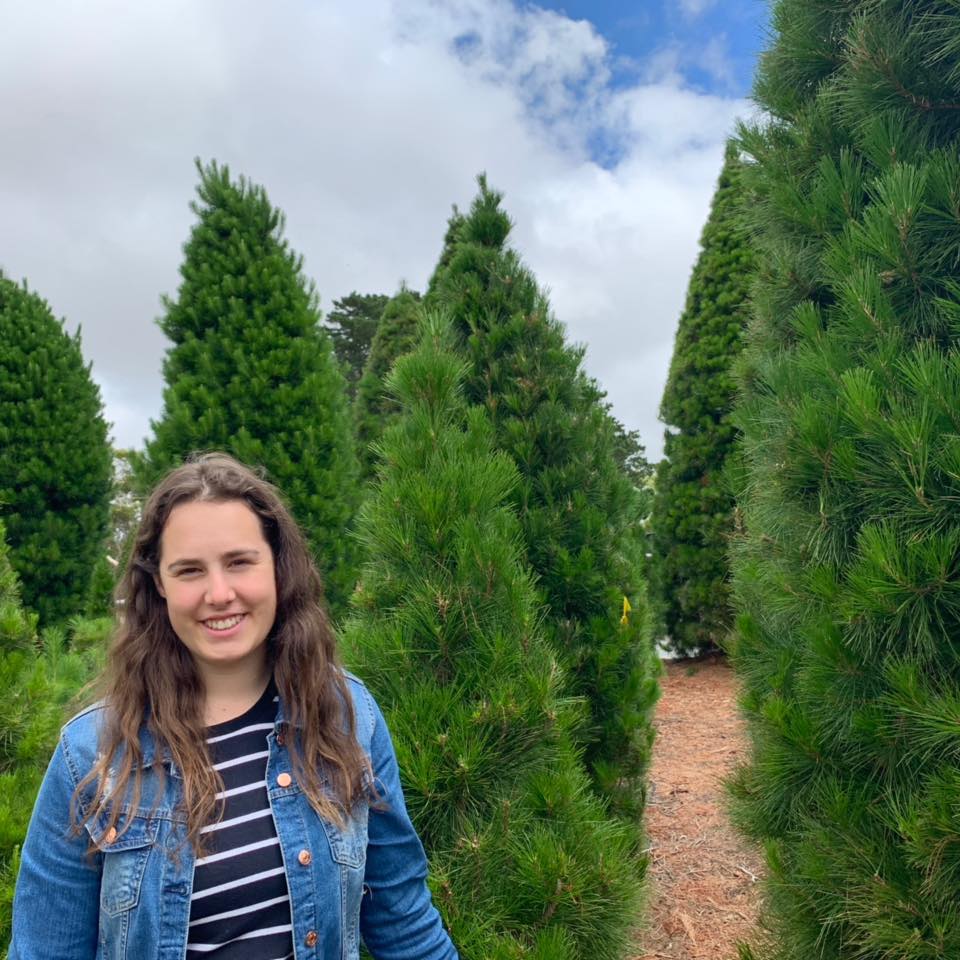 Mary has spent many years coaching Women's Junior and Seniors football being a part of Adelaide Olympic and Raiders Women's teams, currently, Mary is heavily involved with Metro United. Mary was apart of the coaching staff of Metro United as they claimed the WNPL championship and 2 WNPL League Premierships. In 2019, Mary stepped down from her assistant coaching position to be more involved in Metro's Juniors.

She took the Under 17s to the League and Cup double in the 2019 season. Mary's role as a juniors coach was not only to win silverware but to develop players, she achieved this with a number of players gaining exposure to the club’s WNPL team in 2019.  Mary deserves this award for her tireless commitment to the next generation of young ladies, mentoring them on and off the pitch. 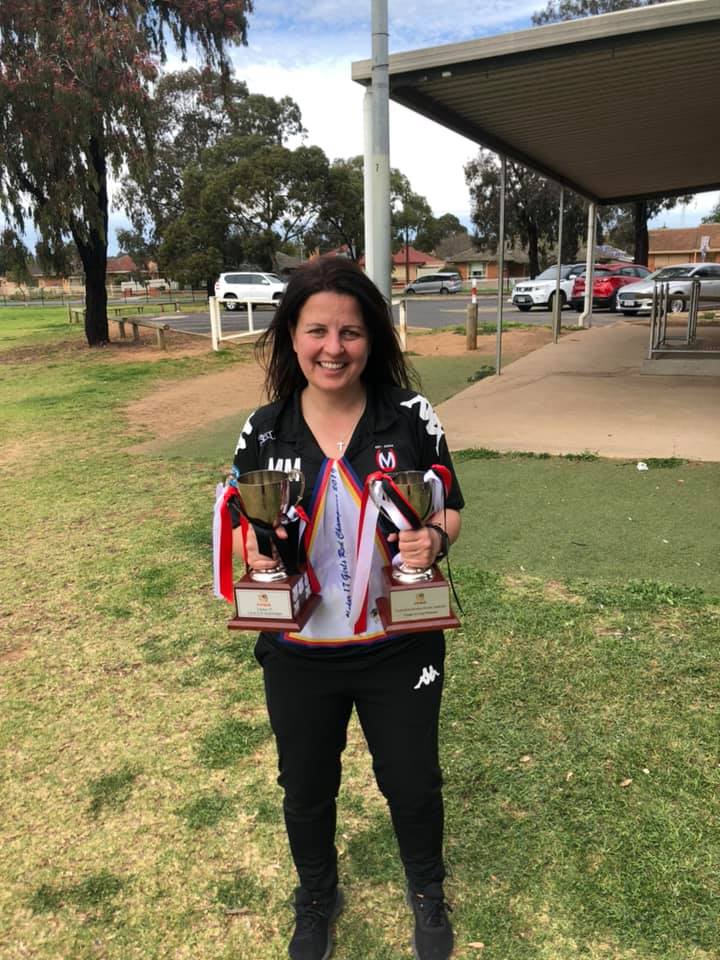 Female Administrator of the Year - Kerry Hudson of Modbury Jets

Kerry Hudson is a volunteer at the Modbury Jets Soccer Club, she is the club's Women's / Girls Development Officer. During her time at the club (2 years), the number of female players has grown from 18 to 150 players.

Kerry actively supports all female players and has delivered a program of skill acquisition and team culture for junior girls. There are now player pathways from juniors to senior teams and Kerry is apart of the reason this is now achievable for the Modbury Jets.

Kerry delivered a girl's only training camp, running for 8 weeks during Oct / Nov 2019 with over 40 girls registering their interest. Kerry will always look to promote women and junior girls at committee meetings, ensuring that all club members get a say at the committee level.

Her passion for soccer and female involvement is infectious, her level of spirit to deliver a family-friendly club environment has assisted in bringing new female members to the club. 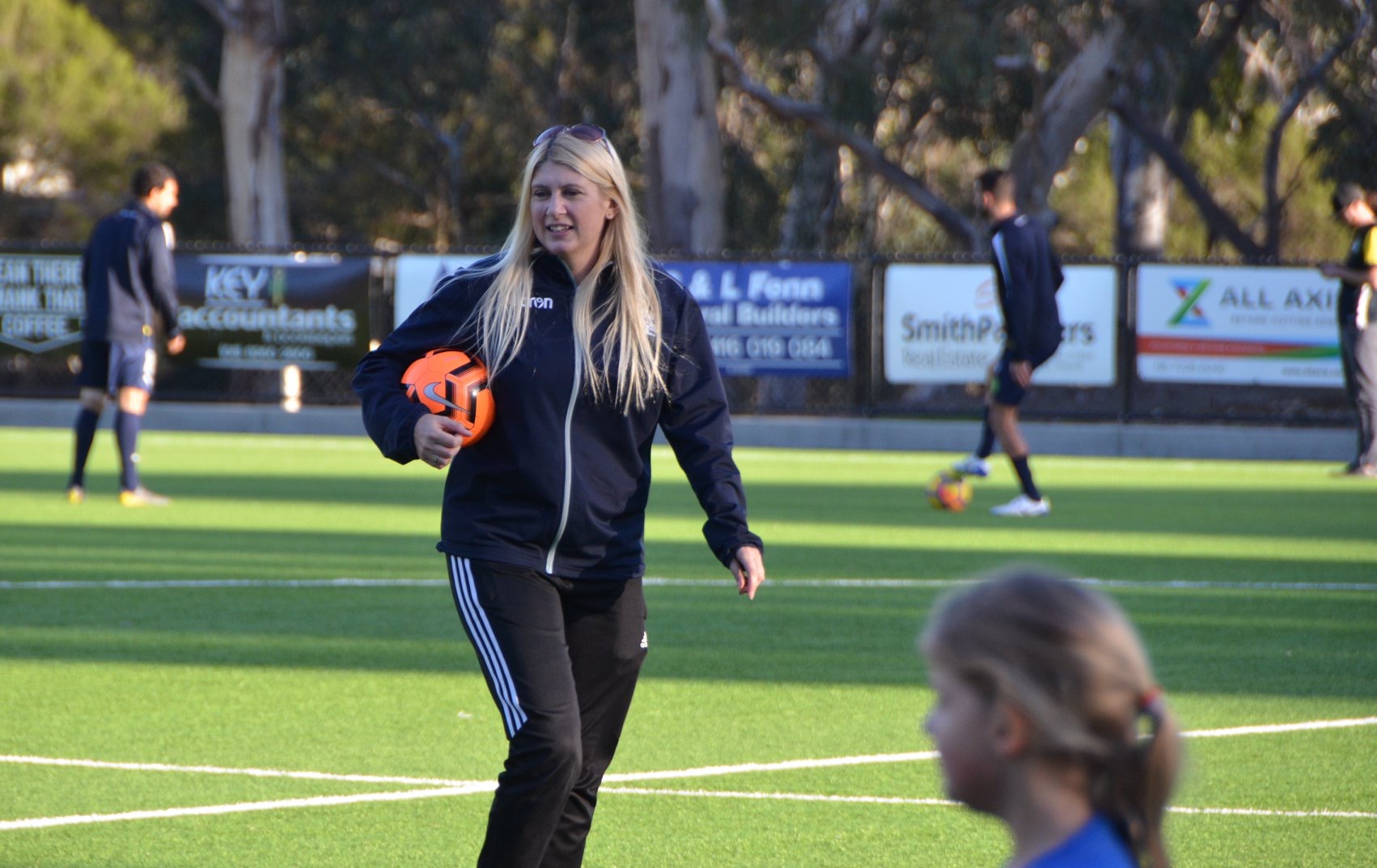 Jackie is a registered Football SA player for Stirling Districts, plus she is also a Football SA registered referee who is a part of the Adelaide Hills Referees Branch Committee as Secretary.

Jackie has had a stand out season being selected to attend the FFA National Girls Championships, being appointed as Referee of the Under 16 Boys AHJSA Cup Final as well as Assistant Referee of the WNPL Grand Final and Cup Final. Jackie also won the Football SA Rising Star award, an award which is given to a match official who has been identified as having the potential of making it the elite level.

Among the hard work training and development she puts into her own performances, Jackie still finds the time to mentor young referees in the Adelaide Hills region. It's clear to see this young referee is a positive role model for other female officials. Jackie also helped as a referee leader at the SAJSA Championships in Port Pirie where her clear direction and communication qualities were clearly displayed. 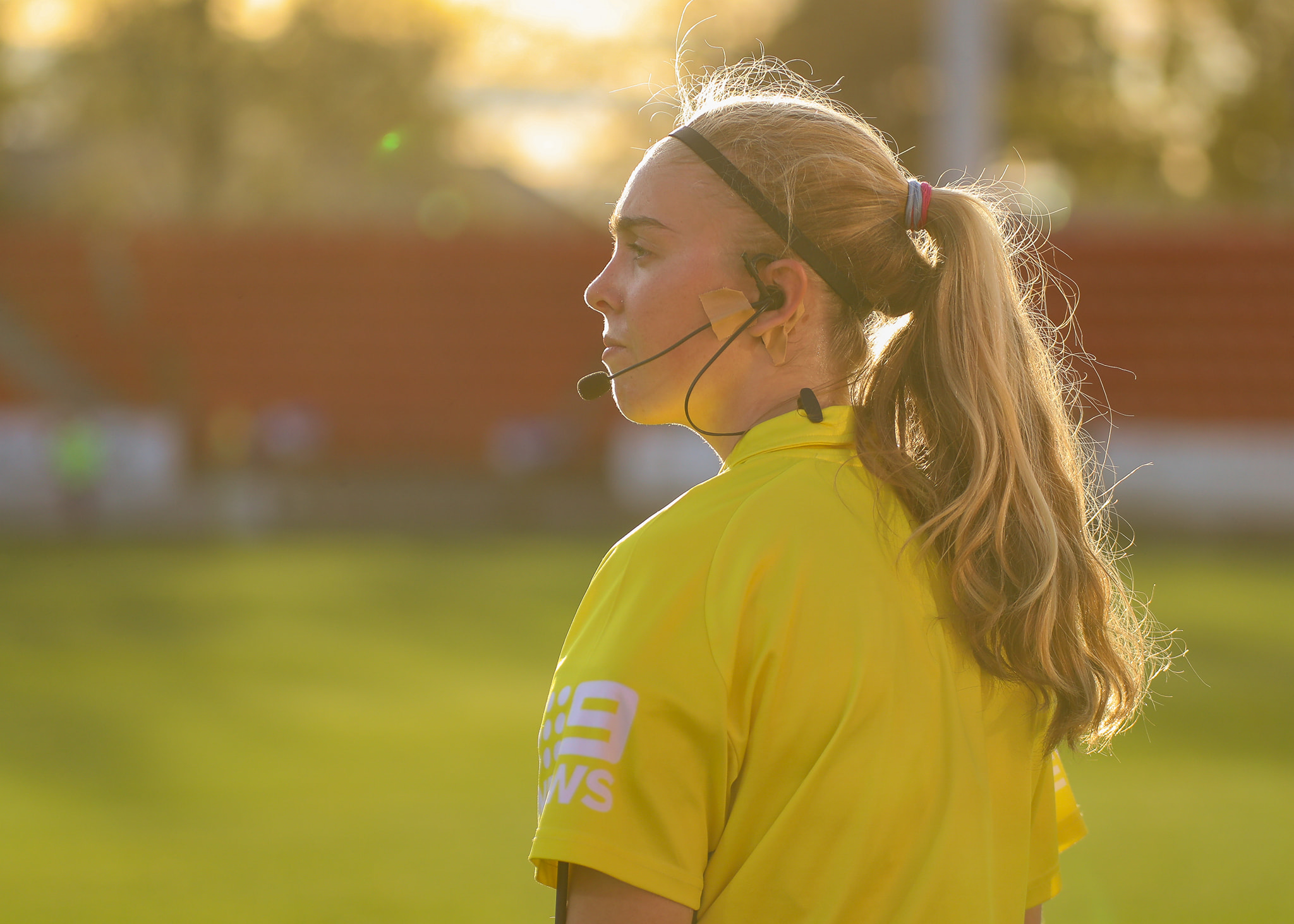 In 2018, Bruno joined BOSA FC as the women’s team coach after the clubs' first season in the women's league. Bruno's experience teaching the girls technical skills and his dedication to improving their fitness was his main priority as he volunteered endless time developing the players. Bruno took the team from finishing runners up in 2018 to registering two teams in 2019 and finishing the year with two championships. A historic occasion winning a rare double for the club.

Bruno has demonstrated a level of excellence by taking a group of inexperienced football players to win two championships all in the space of two years. Bruno motivated his players each and every week, encouraging them to continually push themselves. He helped develop players individually in areas where he saw they were lacking and also supported the players to continually strive to be the best. Bruno was always there to answer questions, listen and give positive and negative feedback, nothing was ever too hard or ever too much trouble.

Bruno's selfless dedication has provided a significant contribution to the women’s program at BOSA FC. Bruno has helped create a fantastic culture within the women’s teams and his coaching experience has had a significant impact on all the players. 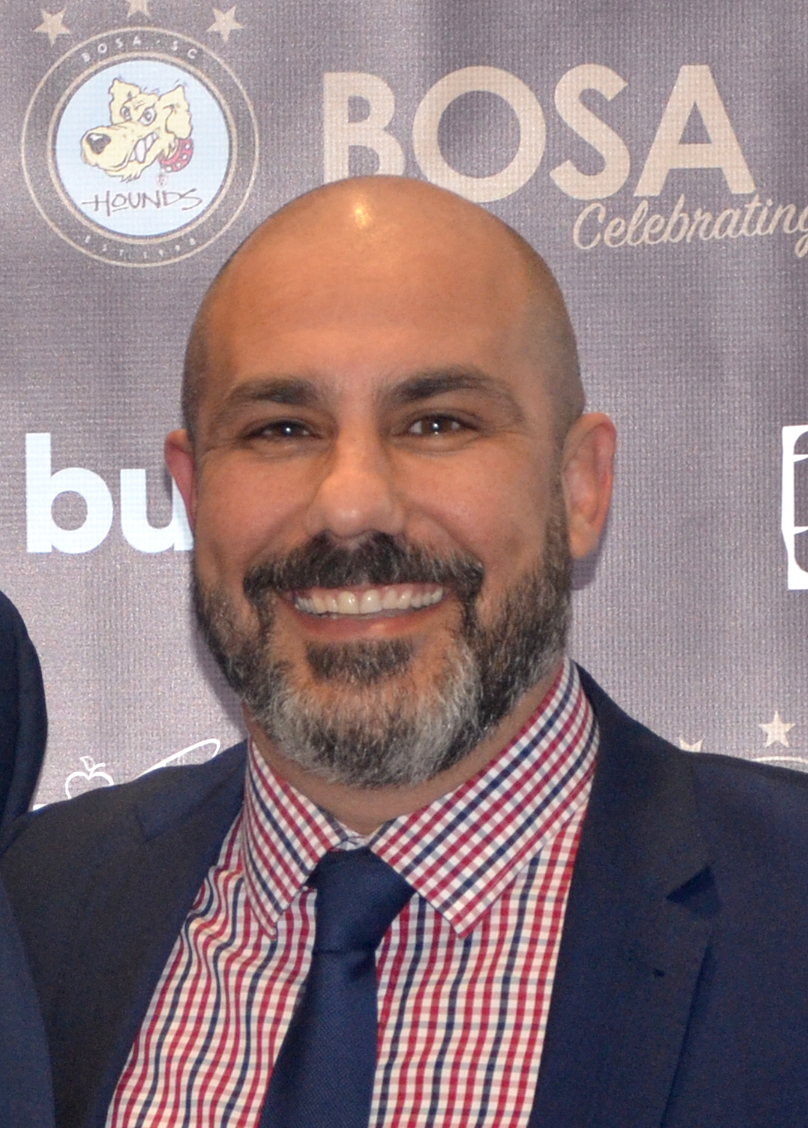 Football SA congratulates all the award winners and their tireless effort in our community.