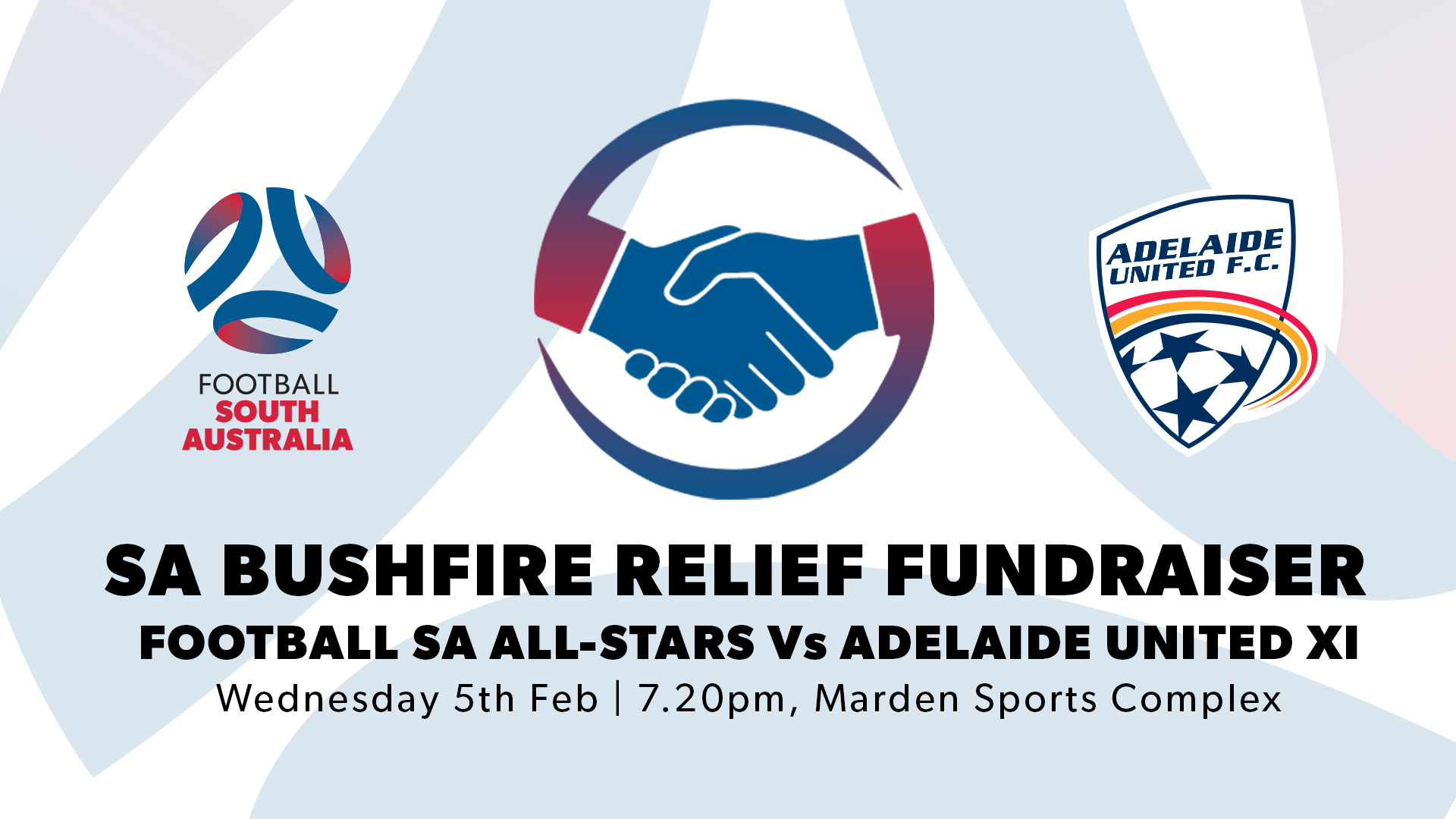 Football South Australia will join forces with the Adelaide United Football Club to raise funds for the SA Bushfire Appeal.

Football SA and Adelaide United are calling on the South Australian football family and the broader community to get behind the event, which will be held at the Marden Sports Complex at 7.20 pm on Wednesday the 5th of February. Funds raised will be donated to the SA Bushfire Appeal in support of South Australians affected by recent bushfires.

The Football SA All-Stars will be coached by local football legend and 2019 NPL Coach of the Year Joe Mullen, with a combination of available players from the 2019 NPL South Australia Team of the Year and an extended squad of local talent, with all NPL clubs to be represented.

The Adelaide United XI to take the field against the Football SA All-Stars team will be coached by current Reds’ first-team boss, Gertjan Verbeek, and will be comprised of both current A-League and Youth Team players.

All tickets will be sold as general admission: adults $10 and children $5

Football South Australia extends its appreciation to the Adelaide United Football Club for supporting the event, the Adelaide Blue Eagles for providing the venue and NPL clubs for releasing players to participate in the event.