Football SA is pleased to announce that twenty-nine Life Member inductees were ratified at the recent Annual Generation Meeting (AGM) held on 26 May 2021.

The life member inductees will be formally acknowledged and presented with their award during the National Premier League Grand Final being held at Coopers Stadium in October.

The following individuals have been inducted as a Life Member of Football South Australia for their outstanding contribution to the sport: 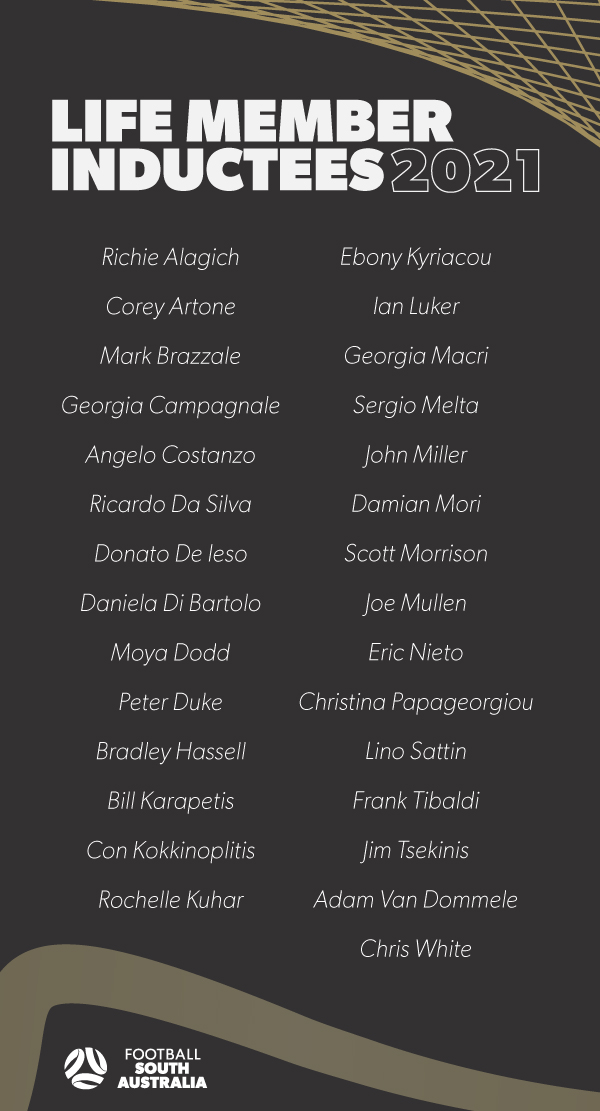