A feast of Friday night football | Round 13 NPLSA Preview 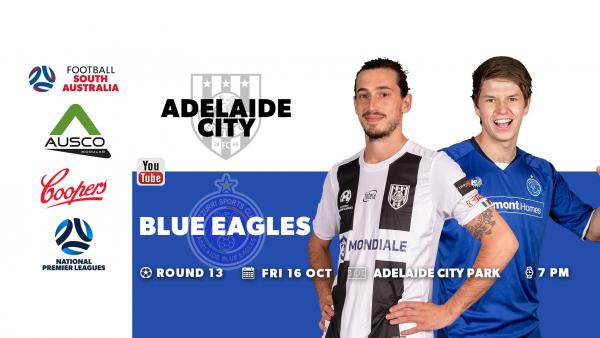 City ended a run of five matches without a win last week but still find themselves outside the top six with three rounds to go, with Blue Eagles hot on their tail in the race for the finals.

The 4-2 win over Cumberland United last weekend saw City move within one point of their conquered opponents in sixth and fifth-placed Raiders, and with a run home that also includes MetroStars and Comets the Black and Whites know that wins are more vital than ever.

It is very much a do-or-die fixture for Blue Eagles as well, as a loss could all but end their finals hopes for 2020 after an up and down season.

This crunch match will be crucial in the run to the major round and will likely play a major role in forming the makeup of the mid-table.

MetroStars have won their last two after an indifferent run of form and will be hoping to continue that stretch tonight against a Cumberland United in the thick of a fight to keep their place in the top six.

The hosts find themselves in third place on the ladder but just one point behind Croydon Kings, who currently hold the double chance position alongside Comets, so are in prime position to capitalise on any slip up at the top.

United have more than held their own this campaign after their promotion from State League One in 2019 and are clinging onto sixth out of the reach of the chasing pack comprising City, Blue Eagles and Olympic.

They know that dropping points will expose them to the risk of missing out on finals football, as MetroStars would for their shot at a double chance spot. 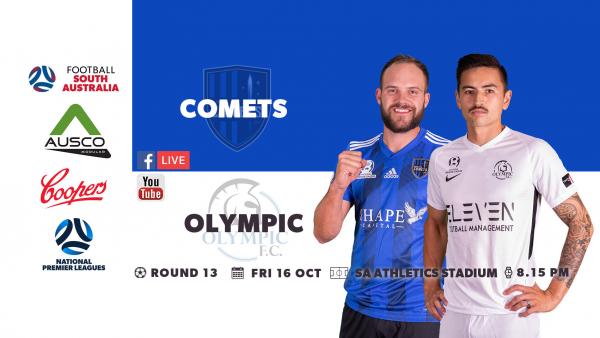 After losing three out of four games, Comets returned with a resounding 4-1 win over the Jets and will be hoping to replicate that result tonight over Olympic.

First place is still in their hands, but with three sides sitting within three points of them with three rounds still to play, so Comets will be hoping to storm home and lock up a double chance position as quickly as possible.

Olympic have alternated between wins and losses over the last five weeks and now sit in ninth and with their finals hopes hanging by a thread, with wins essential until the end of the season to help secure an elusive top-six spot.

Curtains could be drawn on Olympic’s top six dream this weekend if results go against them, but a win tonight would go a long way to keeping them in the mix, while Comets will be wary of dropping points at this late stage of the season. 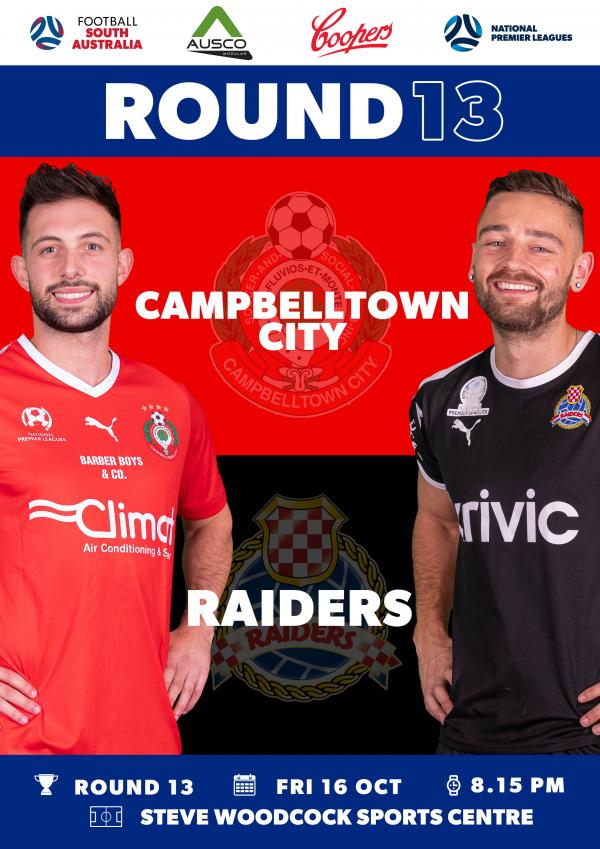 Back to back 0-0 draws have seen City slide to fourth on the table and will be hoping to bounce back with a win against a resurgent Raiders outfit.

Despite currently occupying an elimination final position, City are within a win of the top two and remain well and truly in the hunt for higher honours this season but must continue to win to keep pressure on the top three.

Raiders have won their last two fixtures after a significant form slump and find themselves back up to fifth, albeit just one point clear of seventh, and well placed in the mix for the finals.

A loss exposes Raiders to slipping back out of the six again, however, so every point is important for them to keep their spot and keep their slim hopes of a home final alive.

United missed out on a chance to move four points clear of the drop zone last week in their loss to Raiders and they face another tough assignment in the flying Kings.

The Young Reds have followed up consecutive 4-0 wins with two points in their last three games, which has kept them in the scrap at the bottom of the ladder with the Jets entering the pointy end of the season.

In stark contrast, the Kings are the league’s form side and are on a stretch of seven straight wins that has seen them scale the ladder to within a point of the summit, although MetroStars and Campbelltown are both breathing down their neck.

United will be desperate for three points tonight to potentially put distance between themselves and the relegation positions, while the Kings are now looking to secure the minor premiership and must keep winning to do so. 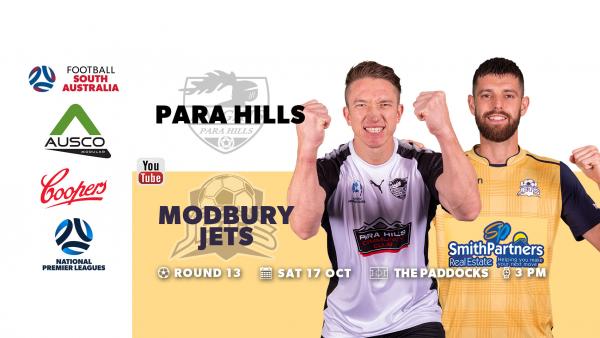 Saturday’s standalone fixture sees two sides who have endured incredibly tough seasons face off for the chance of a rare victory.

The Knights have battled all season but just haven’t done enough to put points on the board, picking up just one in their last 12 matches to leave them marooned at the bottom of the ladder and with only slim hopes of survival.

The Jets’ have not fared much better, with their win over Olympic in Round 8 their only victory since the resumption of the season, but are still a big chance of surviving the drop as they only require two more points than Adelaide United until the end of the season.

Victory for the visitors tomorrow will not only give their survival hopes a massive boost but also seal the Knights’ fate, with any result other than a win for the hosts condemning them to State League One in 2021.