Newly crowned premiers Adelaide City are the 2020 WNPL Cup Winners, claiming the trophy thanks to a hard-fought 2-0 win over Adelaide University.

Goals in each half by Daniela Di Bartolo and Nanako Sasaki sealed victory for their side, who were dangerous in attack and impenetrable in defence all night.

Uni showed a lot of fight throughout the match and were gallant in defeat in a vastly improved display, having been thrashed by City in both of their previous encounters this season, with their defence particularly standing out after holding off their opponent’s powerful attack for long periods. 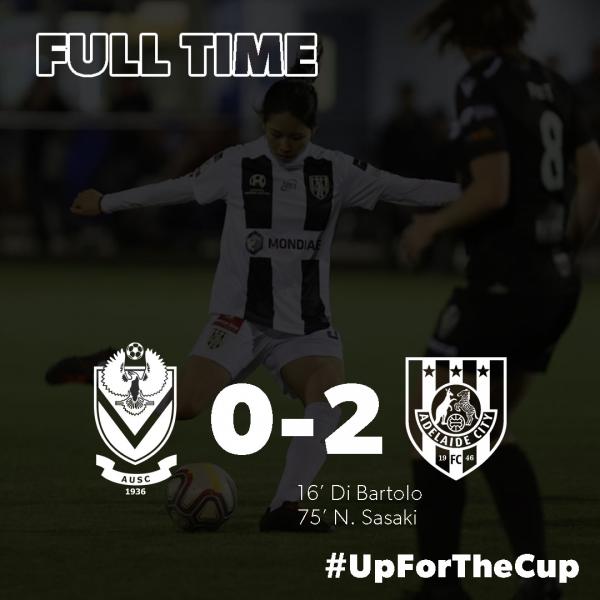 City were the red-hot favourites entering the match, boasting a 13-match league winning streak, with Uni the rank underdogs after slumping to seventh in the table.

The toss proved to be a crucial first win for the captains, as the blustery conditions at VALO Football Centre meant that the wind wreaked havoc throughout the contest.

It was City who kicked with the breeze in the first half and looked the more threatening going forward in the  early stages, and it didn’t take too long for a moment of magic from City skipper Dylan Holmes to break the game open.

On the counter, Holmes played a defence-splitting through ball to Di Bartolo, who raced past the Uni defence and slotted underneath the ‘keeper to hand City the lead in the 16th minute.

From there it was one-way traffic as City pressed for a second, but Uni’s defence and 'keeper Evelyn Goldsmith were up to the task and kept them at bay for the remaining half hour.

Star forward Chelsie Dawber produced perhaps City’s best chance at doubling their lead with a delightfully curled shot only prevented from hitting the back of the net by an amazing acrobatic save from Goldsmith.

Black and Whites co-captain Tiarn Powell was inches away from making it 2-0 just after the break as her shot from distance looped over the keeper and struck the underside of the bar, only for the ball to bounce out into the hands of Goldsmith.

Uni picked up the tempo in the second half, taking advantage of the strong breeze, but City’s defence remained resolute in the face of the revitalised opposition. 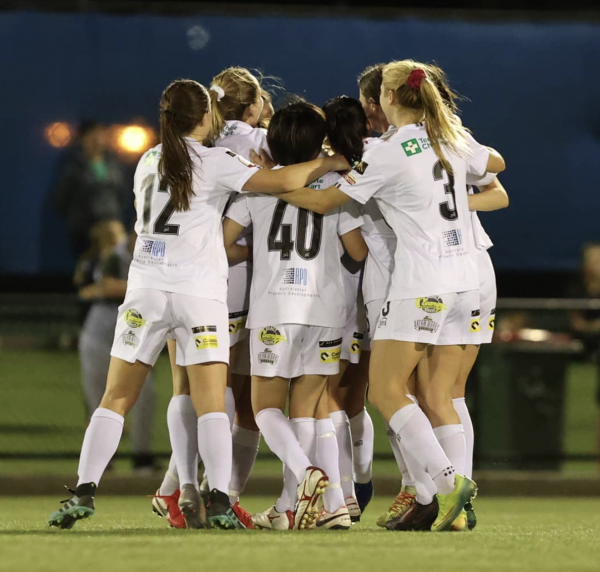 Goldsmith was still kept busy, making a number of fine saves all throughout the second half, but was powerless to prevent City’s long-awaited breakthrough from Nanako Sasaki.

Against the run of play, and seemingly out of nowhere, Sasaki fired a low ball from outside the box which nestled into the corner and iced the contest for City, putting it beyond the reach of a brave Uni outfit.

City goalscorer Di Bartolo was named Player of the Match after an energetic display up forward, keeping Uni’s defence busy whenever she ventured into attack.

City’s victory provides them the perfect launch pad to attack the finals series over the next few weeks, having comfortably secured top spot and a double chance encounter with Salisbury Inter.