As part of the move into the State Centre for Football at Gepps Cross, Football SA has now officially handed keys to the venue located in Angle Park.

The venue opened its doors in 2015 and has previously hosted Australia Cup matches, Women’s NPLSA, RAA NPLSA and community events such as talent ID carnivals, regional camps, and the RAA African Nations Cup.

At the time of being built, the venue was the second full-size synthetic pitch in South Australia. Since 2015, the facility has expanded with the establishment of a second synthetic pitch accompanied with a grandstand.

Football South Australia CEO, Michael Carter was extremely pleased to be handing over the facility to Adelaide Olympic.

“The Parks Football Centre (now known as Apex Stadium) being handed to Adelaide Olympic was a legacy tied to the establishment of the State Centre for Football. I am so pleased for Adelaide Olympic to be getting a quality home of their own.” 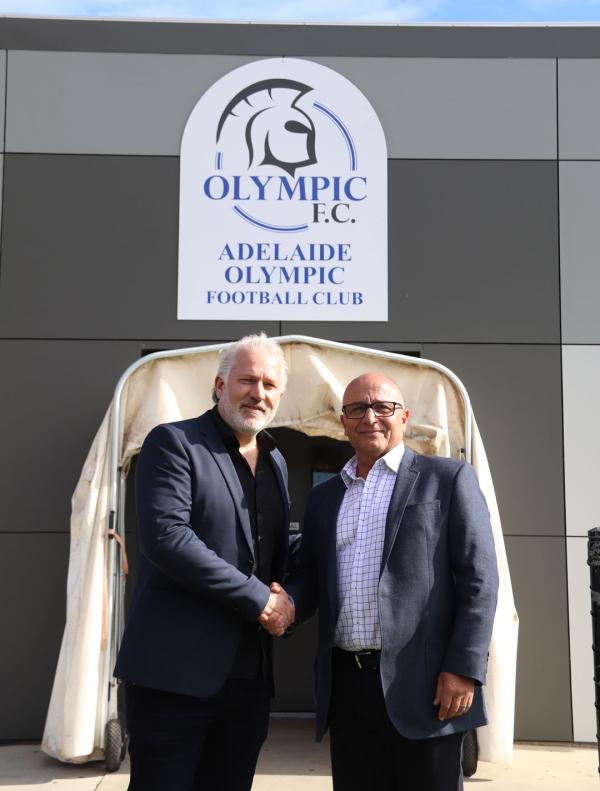 "From 23 junior players, no uniforms and serving drinks from a trestle table at a foreign ground 10 years ago to being a leading club with successful MiniRoos, Juniors and Senior teams including back to back Cup champions and now consolidation of all our operation at APEX Football Stadium I couldn’t be prouder.

This couldn’t have happened without the support of our volunteers and supporters, the state Labor government of South Australia, the Office of Recreation and Sport & Football South Australia."

A process has been started to change the venue name on Google Maps and on all livestream broadcasts.