Football South Australia is delighted to announce the July winners for the Bendigo Bank Community Awards.

Congratulations to our July Winners below. 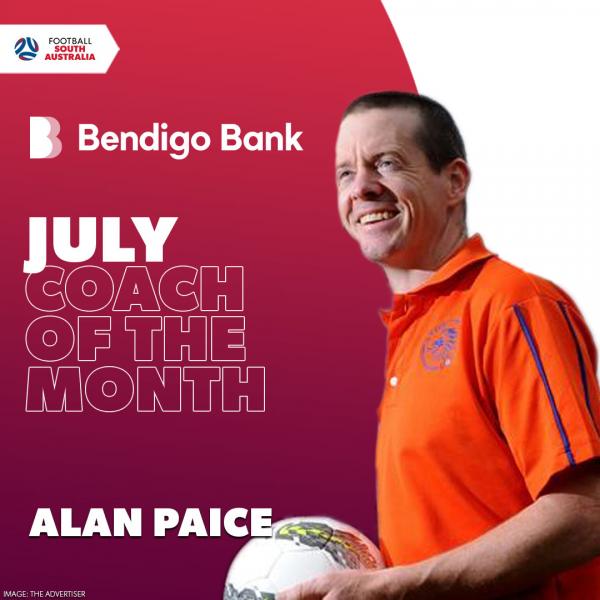 Alan Paice is a volunteer coach for the Sturt Lions U14 JPL team and has done so for 7 years.  He also is the Miniroos coordinator for the club offering help and support for new coaches or even experienced coaches. He devotes his time planning training, organising players, planning game line-ups, and assisting other coaches to organise the MiniRoos teams.  Alan focuses on development and having fun on game day, he encourages friendships and builds a sense of community in his teams.

Alan is always respectful to his players, parents, game officials and opposition teams.  He is always positive and encouraging, happy to help in whatever way he can.  Alan is a great role model for his team and for the club. 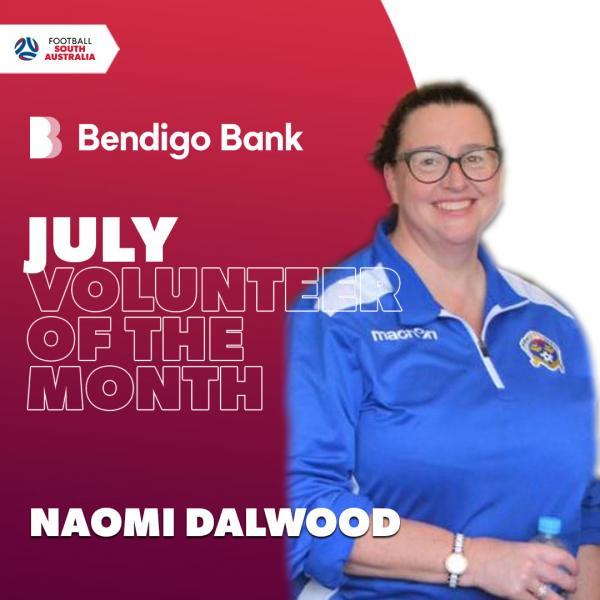 Naomi Dalwood has been a volunteer at Salisbury United FC for 8 years, working countless hours with many roles and responsibilities within the club, all while working a full-time job.

Naomi is the Club Secretary and the principal liaison with Football SA. She organises committee meetings, coordinates the selection and appointment process of all coaches and volunteers, inducts new members into the club, and ensures all volunteers are warmly welcomed, well managed and feel recognised for their efforts. She is also the club registrar and procurement officer, and in addition, manages and works in the bar and canteen on senior match days.

Salisbury United FC is a very diverse club with players from differing socio-economic and cultural backgrounds.  Naomi’s hard work ensures that all players have access to a club where they will feel valued and can enjoy the sport of soccer as part of a family-friendly club.  She has selflessly steered the club through very difficult and challenging times, is a strong advocate and ambassador for the sport, and is truly one of the footballing community’s silent achievers.

Referee Of The Month | Paul Duncan 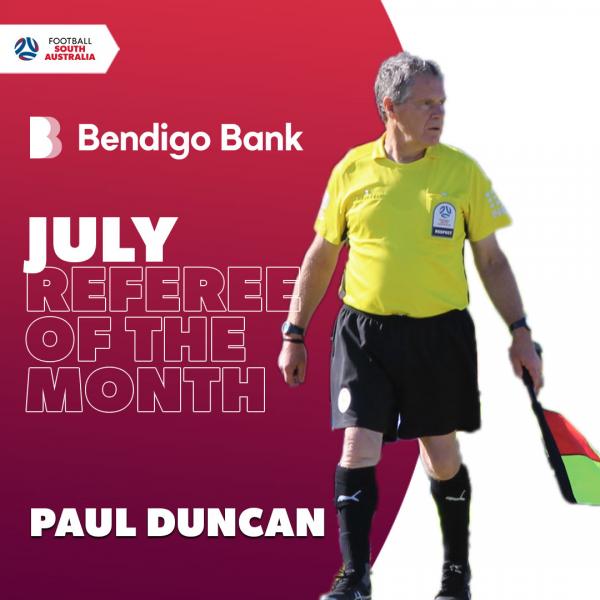 Paul Duncan is Football SA Referee Coach, Instructor and Referee. Paul still referees actively when he can but spends most of his time passing over his knowledge to less experienced match officials.

His constant focus on the development of the next generation of referees can be seen by his close mentorship and coaching of match officials in the Football SA and NDJSA competitions. Paul’s commitment to match officiating over numerous years with a drive to update knowledge is inspirational to his colleagues. 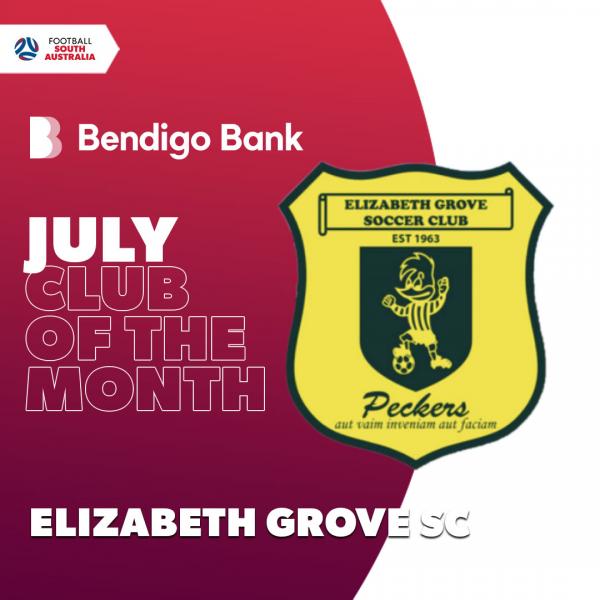 Elizabeth Grove SC was established in 1963 and since that time, has strived to provide active sport and recreation opportunities for boys, girls, women and men of all ages and abilities in a safe and welcoming environment.  In recent years, the club has witnessed unprecedented growth to now exist as one of, if not the largest football club in the northern suburbs, with more than 450 players, 60 coaches and 400 social members. The club prides itself on being accessible and affordable for families, with 30 players receiving club-funded financial assistance and a further 5 players receiving club-funded hardship scholarships.

The club prides itself on being a club for all and with half the coaches at the club being female it emphasis the female participation in the sport growing all the time.  The club continues to grow with aspirations of adding a further 5 teams in 2022 which include 3 new girls’ teams.

The club is to be commended on its growth and continued aspiration and pride to be accessible and affordable to all.