Football South Australia is delighted to announce the May winners for the Bendigo Bank Community Awards.

Congratulations to our May Winners below. 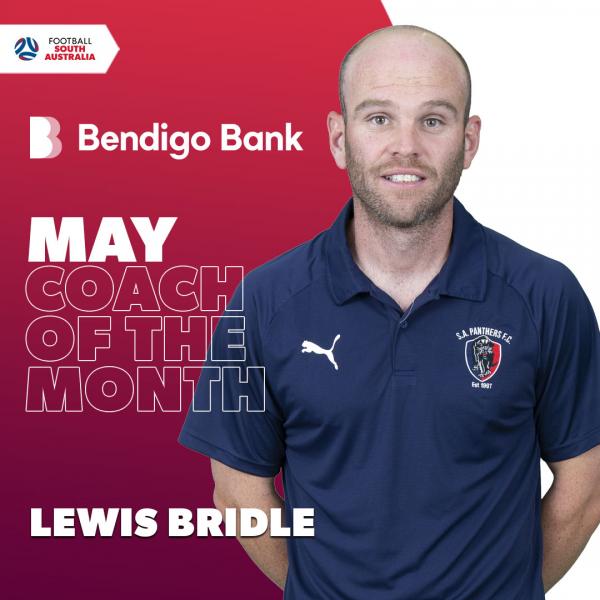 Lewis Bridle is a positive role model for all players at South Adelaide Panthers.  His dedication to improving performance through his training sessions extends outside of his own team with sessions including other players from the club.  The intense fast-paced training sessions are enjoyed by the players and show the great understanding and passion he has for the game. Lewis’ energetic and fun attitude contributes to the team bond and the respect from all players and parents. 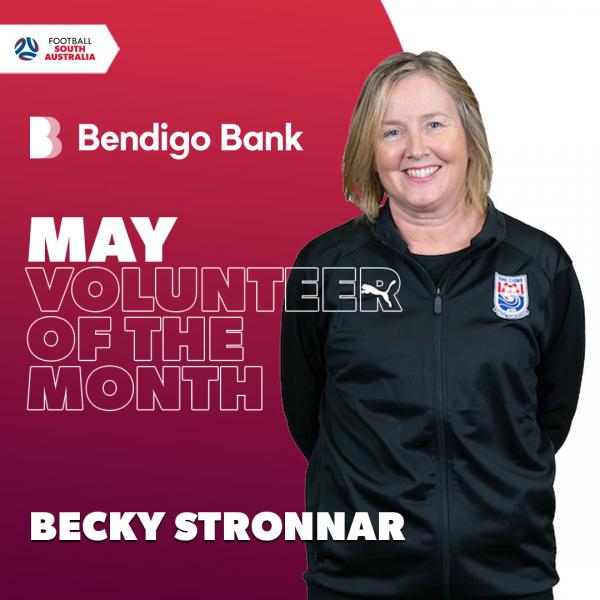 Becky Stronnar is a volunteer at Cove Football Club and has taken up the role of Women’s Coordinator, unofficially.  Becky checks in with the coaches and team managers throughout the week and liaises with players and parents at training and games.  Becky has played a large part in organising the games and times for the season and is happy to follow up on any outstanding issues.  Becky is also the Senior Women’s Team manager, and her communication between the club, Football SA, players, and parents is to be commended.  Becky works with schools to recruit new players and finds time to manage the club's Facebook page.

Referee Of The Month | Callum Isaacs 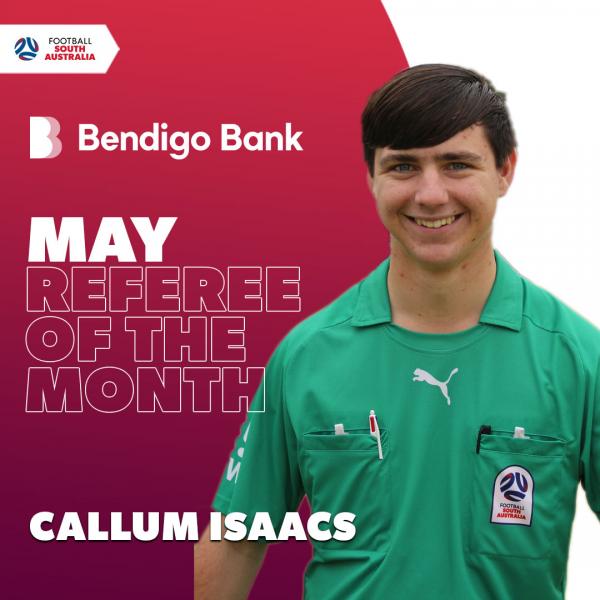 Callum is a Riverland based Football SA Match Official who officiates weekly at the Riverland Soccer Association. Callum has received a large amount of positive feedback from Senior Metropolitan Match Officials for his competency as an assistant referee on A grade fixtures. Callum has a great drive for knowledge and has recently attended the SAJSA State Championships to receive coaching from Football SA Referee Coaches. Callum’s good attitude and hunger for improvement helps him to perform well during matches.

Salisbury Inter SC of a well-established club in South Australia and dedicates its efforts in improving the club in the girl’s, women’s, and men’s game.  The outstanding commitment to their community and providing a safe environment for players and spectators alike is to be applauded.