Football South Australia is delighted to announce the October winners for the Bendigo Bank Community Awards.

Congratulations to our October Winners 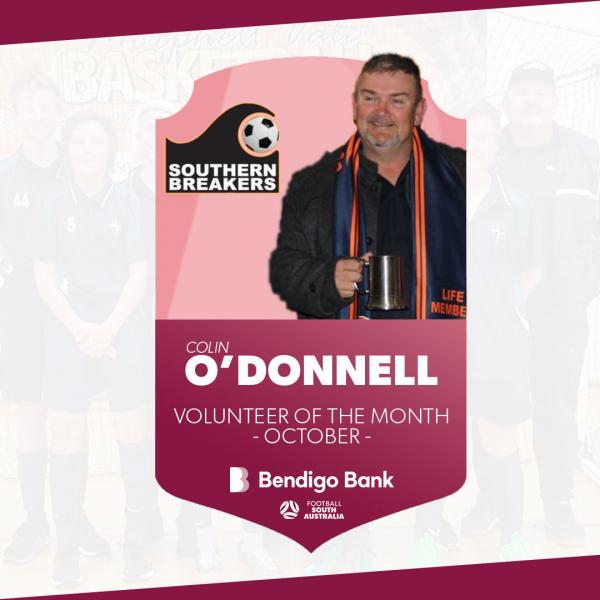 As President of the Southern Breakers Soccer Club, Colin O’Donnell plays a vital role in providing opportunities for players in Port Elliott and surrounding communities. In recent years, Colin has led the club’s transition to MiniRoos and Junior State League participation. He is recognised for his proactive leadership and communication, which together ensure the club continues to grow. 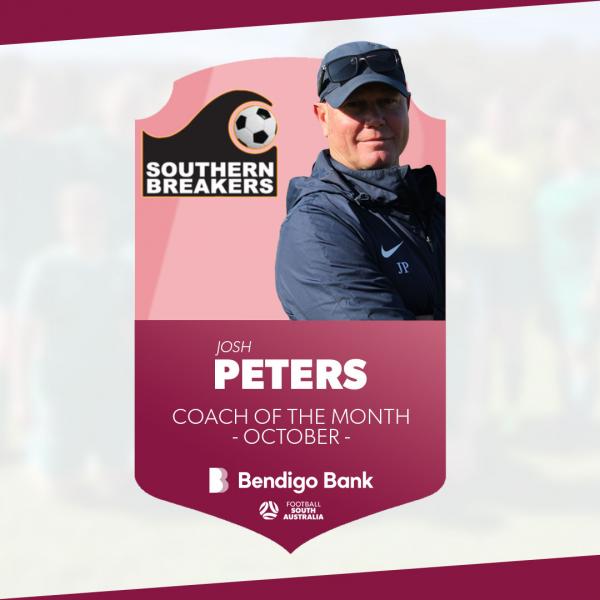 Servicing the Fleurieu region for nearly 20 years, Josh Peters is recognised as a brilliant role model. Josh currently coaches the U16 JSL team at Southern Breakers, where some of the players have been under his guidance since they were just 5-6 years of age. He is recognised for the respect he shows toward players, parents, officials and visiting teams alike. 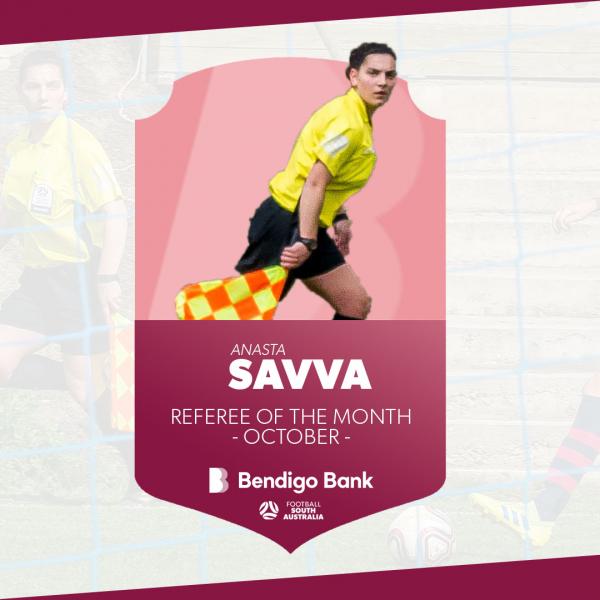 At just 17 years of age, Anasta shows passion and dedication beyond her years, which has earned her rights as the most appointed female referee in the Adelaide Hills this season, officiating more than 30 games. Upon attaining her Level 3 Referee Accreditation this year, Anasta has taken it upon herself to pass on her knowledge and experience through mentoring emerging referees. She is also an active member of the Adelaide Hills Referee Branch, volunteering her time to support the operations of her local association. 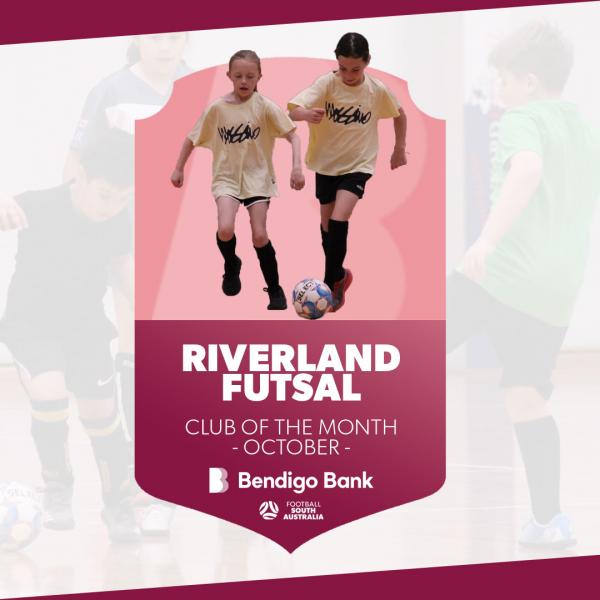 Riverland Futsal’s journey only dates back to 2018 but they have grown rapidly in recent years, to now have nearly 200 registered players. They are a great advocate for regional futsal, hosting the 2019 Country Futsal Championships and continue to provide pathways outside of playing for the community, with a strong focus on coach and match official development. A number of players from Riverland Futsal have also participated in the FFA National Futsal Championships, travelling interstate to represent South Australia.