The Phoenix Cup in its 13th annual year was held at West Beach Parks Football Centre on Saturday.

With an eight-team tournament, we witnessed some great competitive matches, with all teams playing in the spirt of the tournament.

Franz Theodore Keeper from Panorama United was on fire and won the Golden Gloves title with the most saves, while Xavier Whyte goalkeeper from United Abilities A gets a notable mention with a stellar performance also.

Coach Robert Pederchino from United Abilities A took out the Spirit of the Tournament award, giving his shoes away to a player and coached the whole day in socks.

The Best & Fairest Runner up went to Lions Dylan Shore, who showed plenty of flair and ability on the park. The Player of the tournament made playing the game look effortless with her speed, fast feet and high-end ball skills and kicked a couple of goals in competitive conditions. Alysia Potts from Panorama United received an almighty cheer from the crowd when her name was announced as B&F winner.

Two players kicked eight goals; Ayden Brenton and Sam Mills United Abilities A, but it was Brenton from Bradley Betten’s Fun, Fitness & Friendship who won the Golden Boot when his team made it into the Grand Final match and he kicked the winning goal. 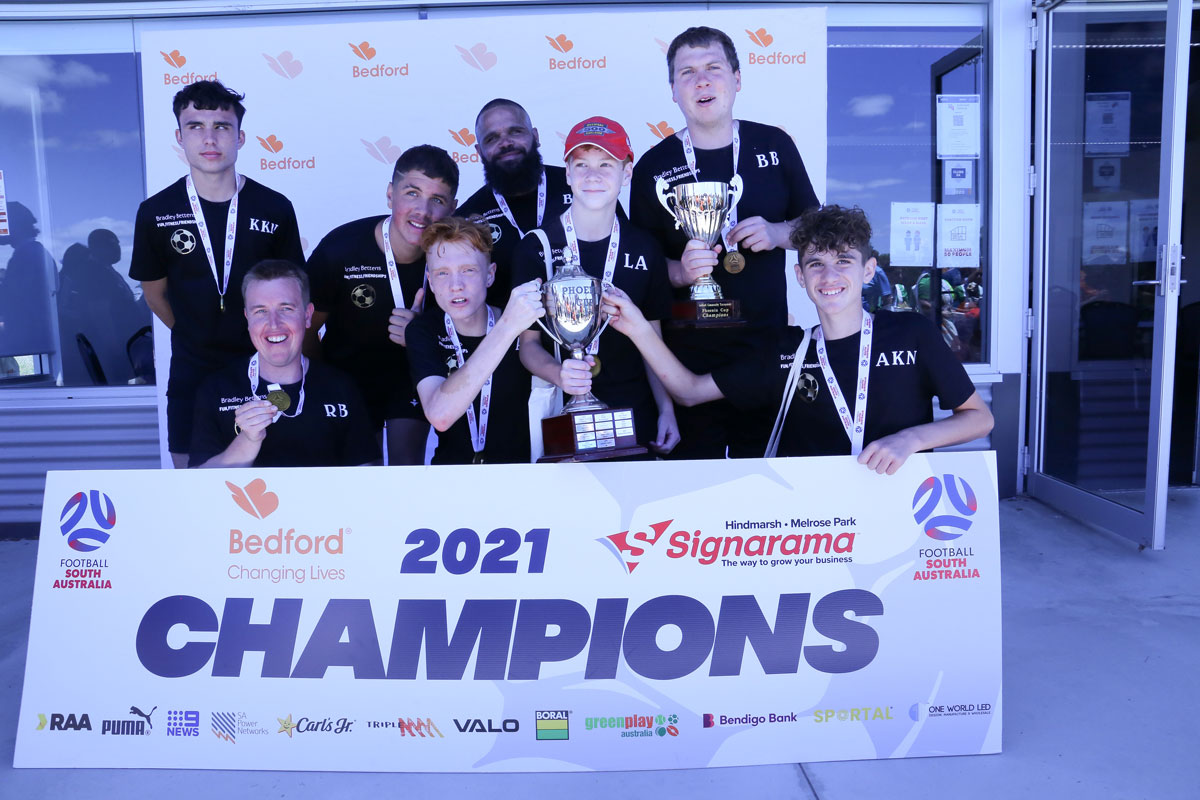 Thanks again to Bedford Group for supporting this event that gives everyone in our community an opportunity to get involved in our great game of Football.