Two of the NPL’s top sides were unable to be separated on the weekend, as MetroStars’ winning run was halted by Adelaide Comets in a 2-2 draw at TK Shutter Reserve.

It was the visitors who struck first, though, as Ninko Beric found space 25 yards from goal and watched his long-range effort sail over the keeper’s outstretched arm and into the back of the net to hand Comets the advantage inside four minutes.

It took only four more minutes for Comets to increase their lead, after MetroStars defender Timothy Henderson left an outstretched leg in the path of Jaiden Diamantis in the box, with Allan Welsh converting from the spot to make it 2-0. 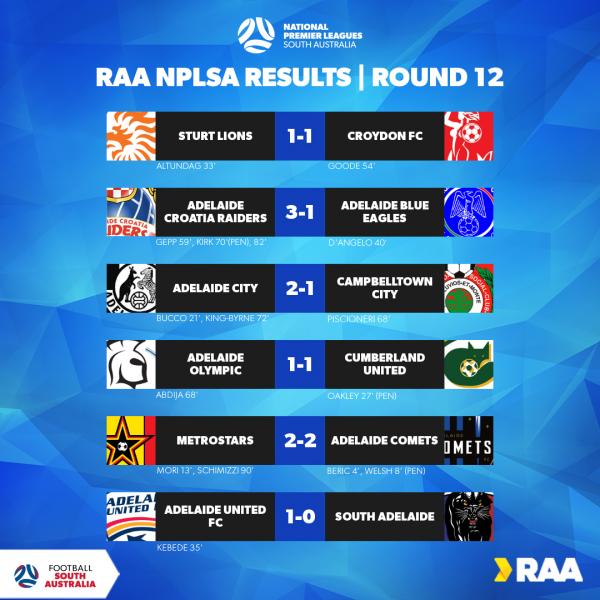 MetroStars capped off a frenetic opening 12 minutes with a goal of their own, with Christian Esposito’s perfectly weighted ball into the box finding Joshua Mori, whose header looped over the keeper to halve the deficit.

Comets maintained their advantage until the 90th minute, as Connor O’Rielly’s long ball out of defence fell into the path of Francesco Schimizzi, who controlled the ball and chipped the onrushing keeper to seal a 2-2 draw and earn a point for MetroStars.

Adelaide City edged past Campbelltown City in a 2-1 victory that tightened their grip on top spot, while Adelaide Croatia Raiders picked up an important 3-1 win over Adelaide Blue Eagles.

Adelaide United defeated South Adelaide by a solitary goal, while Sturt Lions and Croydon FC had to settle for a 1-1 draw, the same result earned by Adelaide Olympic and Cumberland United. 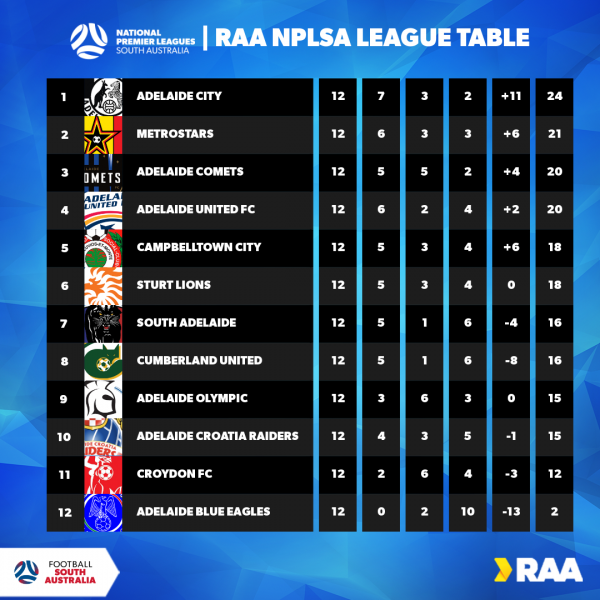