FFA Cup | Round One Draw Details

All-State League 1 Teams (12), State League 2 Teams (12) and all nominated Affiliated Association teams (17), being a total of 41 teams can be drawn in Round 1. One team will be drawn a Bye to bring the total number of teams competing in Round 1 to 40 teams. The eleven (11) NPL Teams will have a bye in Round 1. Please note Adelaide United is not eligible to participate in the FFA Cup SA Preliminary Rounds.

The draw for Round 1 will take place at 11:15 am on Wednesday, 10 March 2021 at Football SA Offices, Coopers Stadium and will be live-streamed through Football SA’s Facebook page. 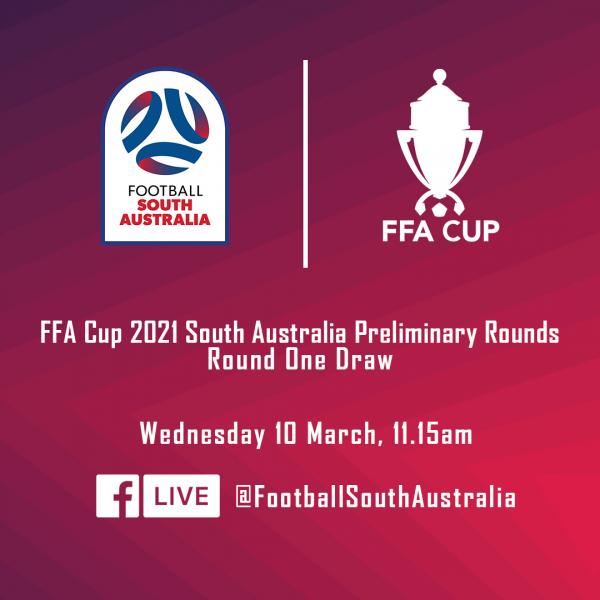 At the completion of Round 1, the winners of these games, plus the eleven (11) NPL teams and the team drawn the Bye (being 32 teams) will go into Round 2 to be played on the weekend of 23-25 April.

Federation Cup (Under 18s and Reserves)

Thirty-Six (36) Teams will contest the Under 18s and Reserves Federation Cup.

Round 1 will involve only eight (8) teams to be drawn out from State League 2. All NPL and State League 1 Teams will have a bye including the four (4) remaining State League 2 teams.

The draw for Round 1 of the Reserves and Under 18 Federation Cup will take place following the draw of the FFA Cup.

Should you have any questions relating to the information above,