FFA Cup SA Round Of 32 Preview

The Preliminary Round of 32 kicks off this weekend in the FFA Cup, with 15 games held across South Australia. Teams competing will be looking for another win, taking them into the Round of 16 and a chance of an eventual finals berth.

The round is highlighted by the coveted clash between South Adelaide and Campbelltown, with both NPL sides meeting at O’Sullivan Beach Sports and Community Centre, 3:00 pm, on Saturday. The Panthers will be looking to take their good league form into the match, hoping to continue their unbeaten start to 2021 competitive football. Campbelltown, meanwhile, will be looking to progress in the cup and reach the final, something they haven’t achieved since the tournament’s inauguration. The Red Devils will face an uphill battle, entering the match without recording a win to kickstart their RAA NPLSA season, giving the Panthers hope that this will be the best chance to topple the once seemingly invincible side. 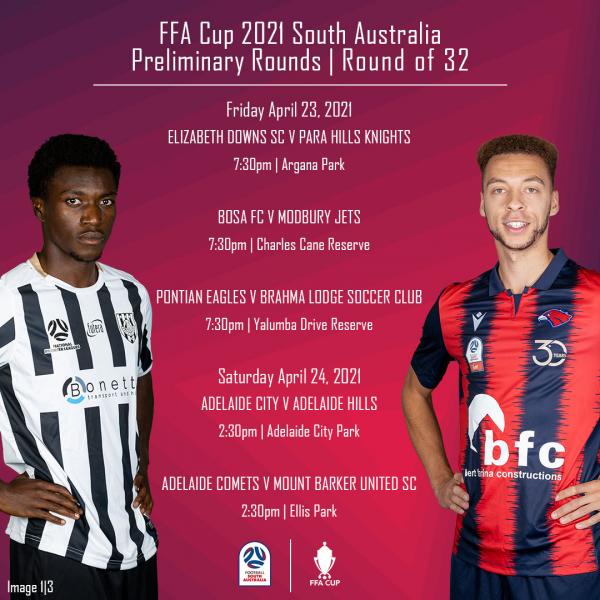 A red-hot Cumberland United side travels to Sturt for their clash this Saturday at West Beach Parks Football Centre at 2:30 pm. Cumberland will enter the round with extreme confidence after opening their RAA NPLSA season with two wins from two, taking them top of the table. The Foxes will meet tough competition in Sturt, who remain undefeated in NPL, thanks to their draw against Campbelltown last weekend.  The two teams will be raring to go, and with the confidence and form they find themselves in, fans will be expecting an attacking spectacle and a must-watch contest. 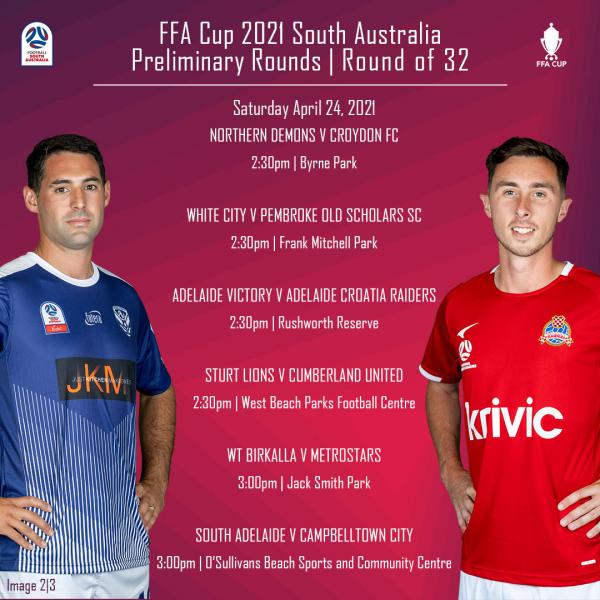 Playford City and Adelaide Blue Eagles will be an altogether different watch, with both teams sitting winless and near the bottom of their respective leagues. Both sides are desperate for a win, not just for an extended cup run but also to improve their confidence, springboarding them to better form in both RAA NPLSA and SL1. Despite their winless campaigns so far, both teams have lost both games by one goal. Fans can expect a tight-defensive contest between the two, with an early goal for one side giving them one foot in the door of a continued journey in the cup. The match will kick off this Saturday, at 3:00 pm at Ramsay Park. 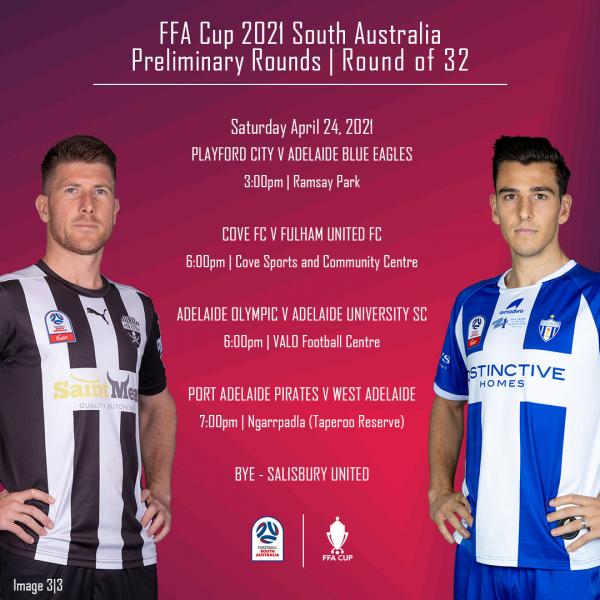 Other high-interest affairs this round include the northern clash under lights between Elizabeth Downs SC vs Para Hills Knights tonight, 7:30 pm, at Argana Park, Pontian Eagles SC vs Brahma Lodge, tonight, 7:30 pm, at Yalumba Drive Reserve and the inconsistent teams Birkalla vs MetroStars this Saturday, 3:00 pm, at Jack Smith Park. The final match of the round will see Port Adelaide host West Adelaide this Saturday, 7:00 pm at Ngarrpadla (Taperoo Reserve).