Residents of Mount Barker and the Adelaide Hills are rejoicing, following last night’s official opening of the Summit Sport and Recreation Park.

The landmark project was made possible through investment from Football South Australia, as well as Federal, State and Local Governments, to service one of the fastest growing areas in the state.

In 2008, Mount Barker District Council purchased 36 hectares of land fronting Springs and Bald Hills Roads, of which the Summit Sport and Recreation Park occupies around 50% of, with the balance earmarked for future recreational use. 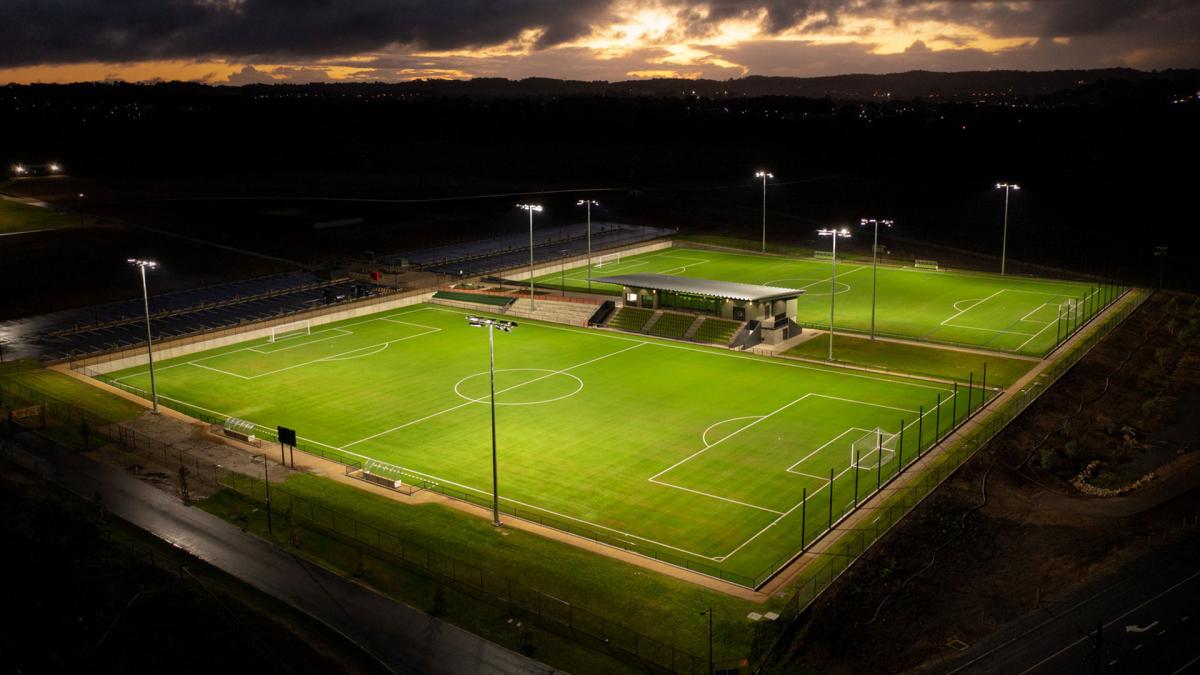 Additional rezoning of land from rural to residential and commercial use in subsequent years has driven the demand for sport and recreation facilities in the region.

“The football facility at the Summit Sport and Recreation Park is an outstanding piece of infrastructure for the code. The Mt Barker population continues to grow and the growth of Football in the region has been a strategic priority for Football South Australia. Having a significant presence at the sport and recreation precinct will result in continued growth in participant numbers. Mt Barker United and the Adelaide Hills Junior Soccer Association will benefit greatly from the development”.

MBUSC and AHJSA matches are scheduled to be played at the Summit Sport and Recreation Park from early May.