The partnership will have a strong emphasis on increasing club based participation, with nearly 26,500 already playing for a club in the metropolitan Adelaide region; the highest rate of all sports.

The first Carl’s Jr. restaurant opened in 1956 in the USA. Since then, Carl’s Jr. has grown to be one of the largest burger brands in the world, with over 3,800 restaurants in over 42 countries. 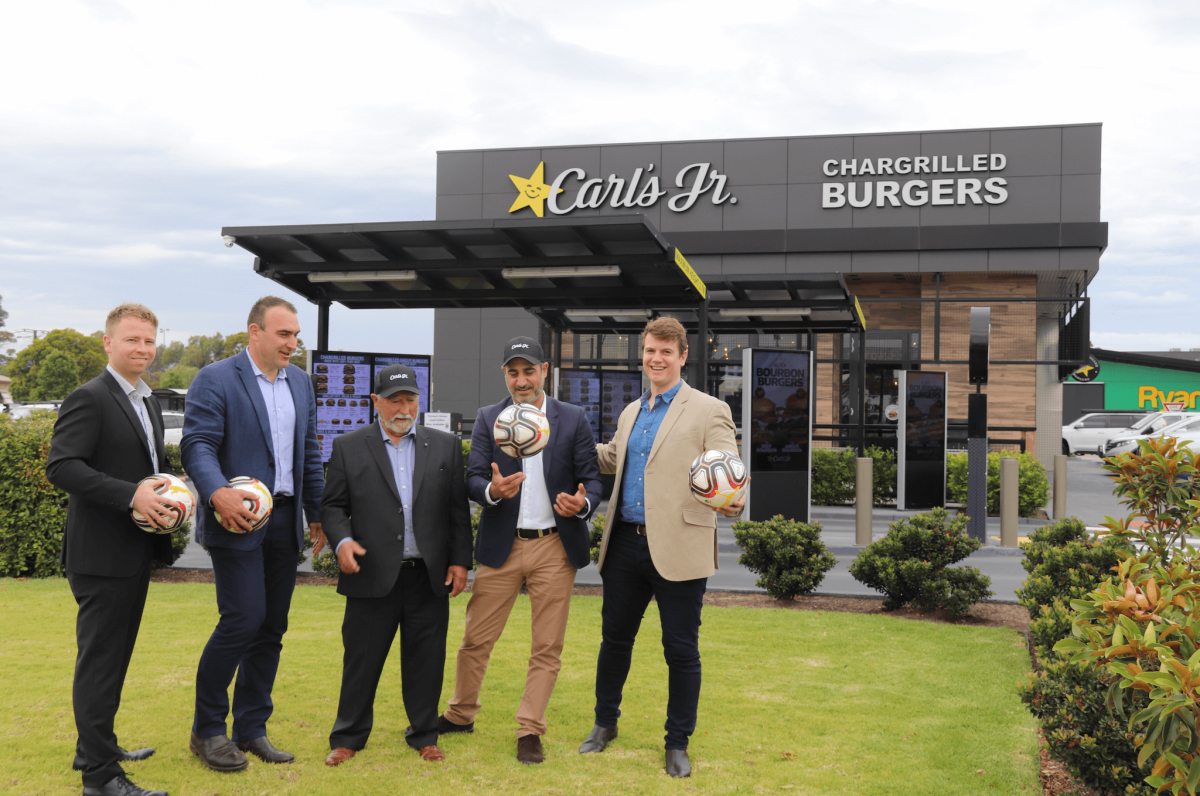 In 2017, successful businessman Frank Agostino of the Agostino Group, opened the doors of their first store in Mount Barker, intending to help the high youth unemployment rate in the region. Less than a year later, Carl’s Jr. was opened in Kilburn with the same goal.

The group aims to open 30 stores across South Australia and NT, giving opportunities to 3000 employees.

The agreement between Football SA and Carl’s Jr. SA will run until the end of 2022, commencing with Carl's Jr. SA becoming a support partner of the Football in Schools Program, which in 2019 has serviced nearly 2000 participants across 64 schools across South Australia.

Future participants of the program will receive a Carl’s Jr. pack, including a ball, bag, and shin pads.

“Frank Agostino is a great South Australian who has shown over the years a true passion for servicing the community with opportunities for young people in our state.”

“With this matching ethos, we are thrilled to be collaborating with Frank and the Carl’s Jr. SA family over the next three years.”

“The Agostino Group is pleased to be associated with a code that is very engaging in its mix of participants. This is an exciting partnership that will provide enjoyable experiences for all involved.”

Football South Australia looks forward to a strong and rewarding partnership with Carl’s Jr. SA over the next three years.

For more information about Carl’s Jr. and the history of the organisation please visit https://www.carlsjr.com.au/ & https://agostinogroup.com.au/.