Preserving the past to head into a bright future

Meet the Football SA Museum Working Group (with FSA Board and Management representatives) | Preserving the past to head into a bright future. 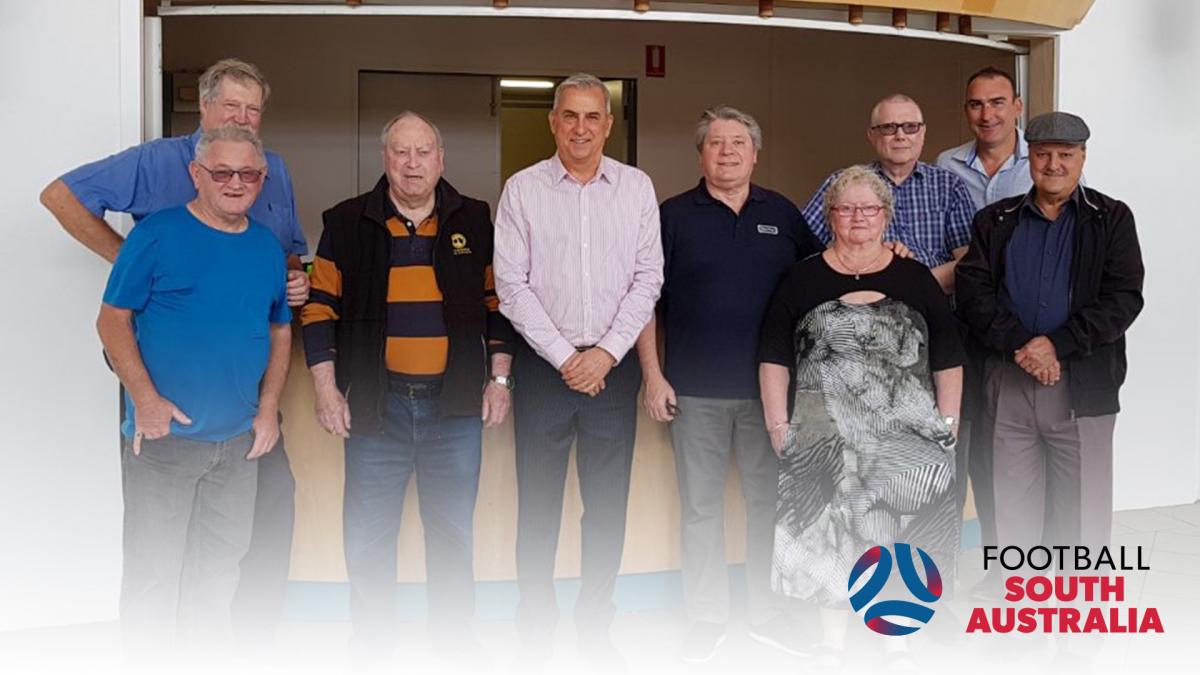 Football in South Australia has a rich history, with reports of the game being played as far back as the 1890s. One hundred and thirty years later, relics of history are still being collected and stored, thanks to the general public, and the Football SA Museum Sub Committee and particularly its Museum Working Group.

In October 2013, the then Football Federation of SA Board created a Football Museum Committee with the purpose of promoting the recognition, preservation and promotion of our heritage and ensuring that the history of our game in South Australia could be presented to and accessed by the football community and general public.

The aims of the FSA Football Museum Committee

Who are the Museum Working Group?

The group of dedicated volunteers meet every week on Monday to continue the large-scale task of curating and maintaining decades of football historical artefacts. The task at hand is a monumental one, with gems being unearthed on a weekly basis.

The journey began back in 1993, with the commencement of a History initiative by the then Board of the South Australian Soccer Federation (SASF). Their first project; to write a history book to celebrate the then up and coming 100 years of Football in SA. This led to the publication of Denis Harlow’s “History of Soccer in South Australia, 1902 – 2002.”

28 years later, the group’s efforts have outgrown their current space at Oakden, and will be moving its home in early March to a new bigger and brighter office space at the Croatian Sports Centre; a strategic move to be close to the State Centre for Football, which will be completed in 2022. 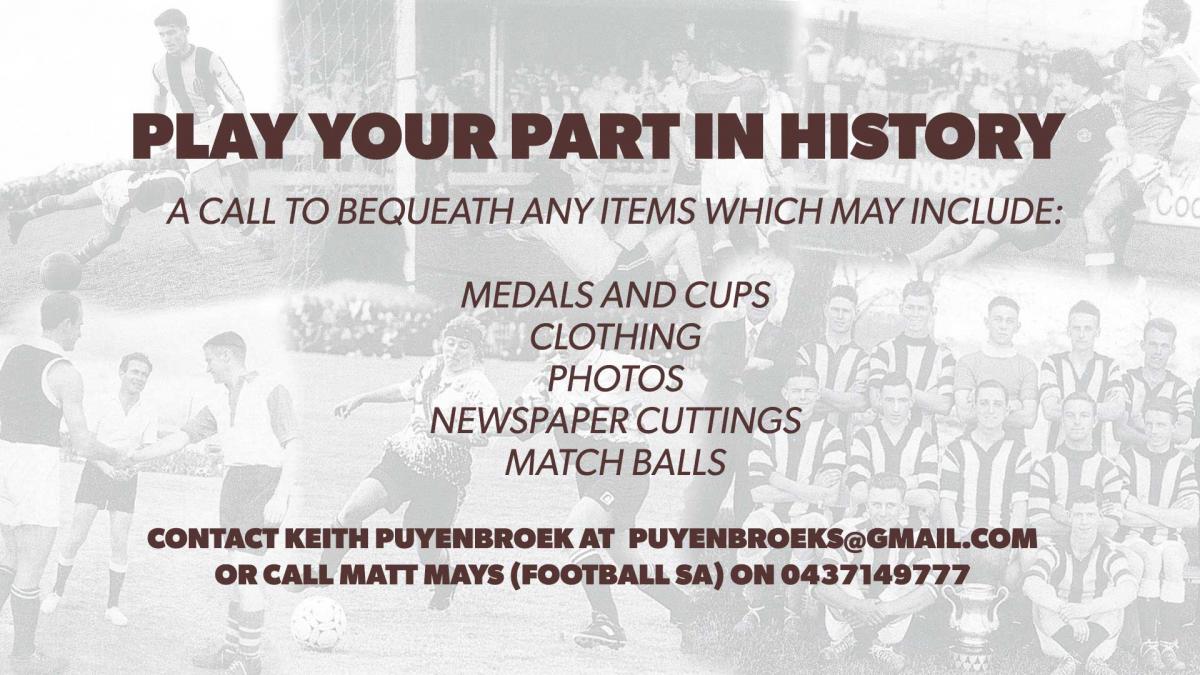 As part of the move, the FSA’s Museum Working Group is calling on the football family to bequeath any items that tell a part of the SA story. Items could include:

Items to be donated can be delivered to Football SA Offices (Gate 5, Coopers Stadium) Monday – Friday 9 – 5 pm.  Alternatively, as of 15 March 2021, items will also be accepted by the Football SA Museum Working Group on Mondays between 10 – 4 pm at the Museum’s new home in the building to the south of the Croatian Sports Centre and Raiders’ playing pitch.

For bequeath enquiries, please contact Keith Puyenbroek at puyenbroeks@gmail.com or call Matt Mays at Football SA on 0437149777. This must be done prior to the delivery of any items.

The FSA Football Museum will be an on-going, living project to tell a story of the history of football in South Australia. It’s incredibly important to acknowledge and celebrate our game and the people who have contributed to the progress of football in SA, the special moments in our sport and the contribution that football has had on our community.

The Football Museum Working Group, led by FSA Historian Denis Harlow OAM has dedicated years of work and effort into collecting, cataloguing, archiving and preparing items of interest and importance for preserving and some for exhibition in Museum display spaces to be included in the new State Football Centre.

Although their work is not yet complete – and it may well never be completed - on behalf of Football SA, I thank Denis Harlow, Tony Henshaw, Keith Puyenbroek, Tony Smith, Anne Jackson and Joe Janko for the significant and important work they have and continue to put into giving life to our Museum mission.