Adelaide City co-captain Dylan Holmes has broken Salisbury Inter hearts in the qualifying final, scoring a hat-trick to snatch victory and send her side through to the WNPL Grand Final.

After struggling to break Inter’s defence down all night, City’s star midfielder bobbed up three times in the last 15 minutes to earn them an unlikely and dramatic win.

City had hardly been troubled by any side since before the COVID-19-imposed break, with their only close match coming against tonight’s opponents as they sealed the premiership in a canter ahead of Inter and West.

It looked to be more of the same from City Daniela Di Bartolo almost opened the scoring after just 30 seconds, running onto a through ball before watching her shot balloon over the bar.

The opening ten minutes were played at a cracking pace, with City setting the tempo, before Inter settled into the contest and began to threaten.

It wasn’t long before Inter had snatched the lead, opening the scoring courtesy of a powerful set-piece header by captain Chantelle Ryder and shocking the premiers on 15 minutes.

Cote Rojas, whose mazy run through the City defence forced the corner that provided Inter with the opener, was busy up front throughout the first half and created a number of chances.

Racheal Quigley almost doubled Inter’s lead on the half hour, finding herself on the end of a raking Ryder free kick from inside her half but failing to control the ball.

City desperately searched for an equaliser before half time and peppered Inter’s goal but were unable to find the target, with just one shot out of their 13 hitting the target. 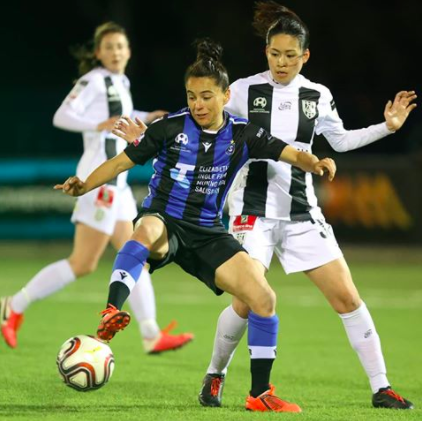 The second half brought with it torrential rain for a ten minute spell which wreaked havoc on the pitch, causing its fair share of slips and spills from both sides.

Inter remained largely in control despite their opponents’ high shot count, forcing wayward and tame shots from the otherwise lethal City, until Holmes broke the game open in the 82nd minute.

Getting on the end of a Mikayla Vidmar cross, the skipper executed a perfect glancing header across goal that nestled into the back of the net to restore parity in the contest.

City were out for blood, revitalised after hauling themselves back into the contest, and they got another taste when Chelsie Dawber’s free kick found Holmes, who headed home once again to take an incredible lead in the 88th minute. 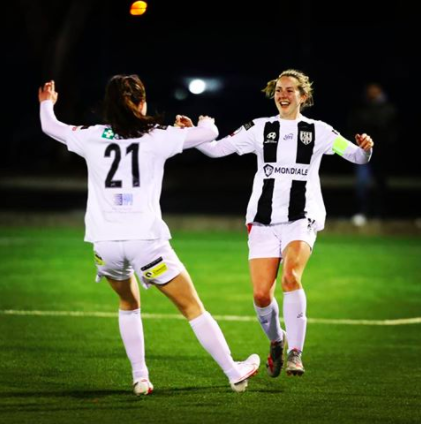 Holmes put the match well and truly beyond doubt deep into injury time as she pounced on a loose ball in the middle of the park and drove through the weary Inter defence, slotting under the keeper to earn herself the match ball and a crack at another title.

City will now face the winner of next week’s preliminary final between their defeated opponents Inter and elimination final winners Metro United.

Ebony Kyriacou’s 27th minute opener was enough to secure victory for Metro and progression through to the next round of the finals series, a shot at a grand final berth in their preliminary final match against Inter. 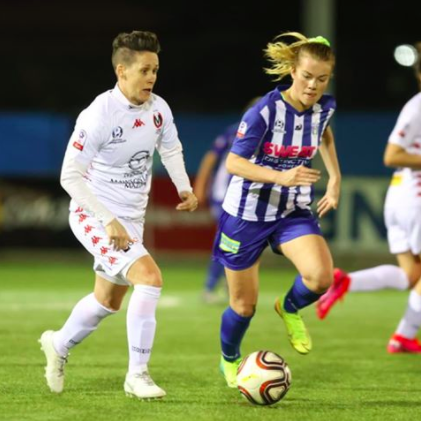 Metro were resolute in defence all night, staving off their opponents’ strong attacking power over 90 minutes to register their first win of the season over West and just their second against a top four side.

The early stages of the contest were very much played on level terms, with the sides going shot for shot in the game’s infancy.

West’s Emily Hodgson had the first big chance of the match, as her strike from long range was tipped over the bar by Metro keeper Melanie Comyns.

It took only 27 minutes for Metro to break their goalscoring duck against West when a Donna Cockayne cross found Ebony Kyriacou loose in the box, who nodded truly into the corner to hand her side a crucial 1-0 lead.

From that point the tempo of the match was kicked up a notch as West searched desperately for an equaliser before half-time, but Comyns was up to the task as she made a number of fine saves throughout the first half.

The second half started in a similar fashion to the first, with neither side able to break the respective defences down to have a clear attempt on goal.

Anna Pritchard’s optimistic long-range effort that sailed over the bar was the only real sight at goal for either side in the opening ten minutes but Cockayne missed an opportunity to double her side’s lead soon after, failing to make contact with the ball inside the box. 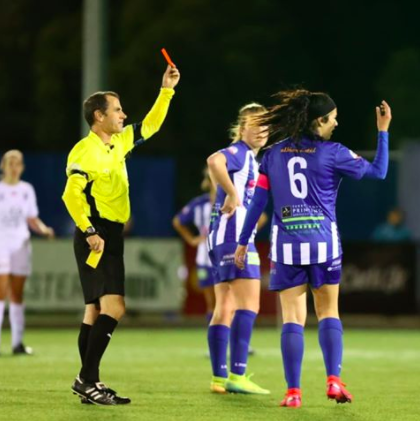 West’s chances of salvaging a result were dealt a huge blow late when captain Elena Psaroulis was sent off for a second bookable offence, reducing them to ten players for the final ten minutes.

They were ultimately unable to overhaul Metro in the dying stages, ending their season earlier than they would have hoped.