We are now at the pointy end of what will be remembered as the most peculiar, and the most unparalleled season in recent memory. It has certainly been the longest season, and we cannot thank the players enough for their vigour and constant perseverance to get this season done.

COVID did its best to disrupt and dismantle a simply scintillating campaign, but this was a futile fight; as we still witnessed an unforgettable, high-quality season.

All that remains in this marathon is the preliminary finals, and then, of course, the big dance. In State League One, we have a fixture that is bursting with possibilities. 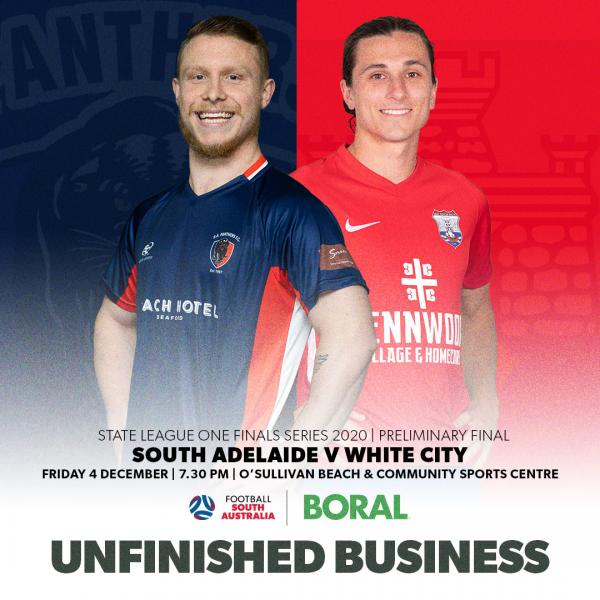 South Adelaide are our reigning Premiers but failed to overcome Sturt before the break. Rideout remains in career-best form, and he and his Panther teammates will be foaming at the mouth to get a bite at White City.

White City have been a slow burner all year, they quietly went about their business and have worked their way to a preliminary. Under the watchful eye of veteran coach Damien Mori, White City have what it takes to not only secure promotion; but to leave 2020 in their dust, as champions.

It's all on the line; a classic is in store for all involved. 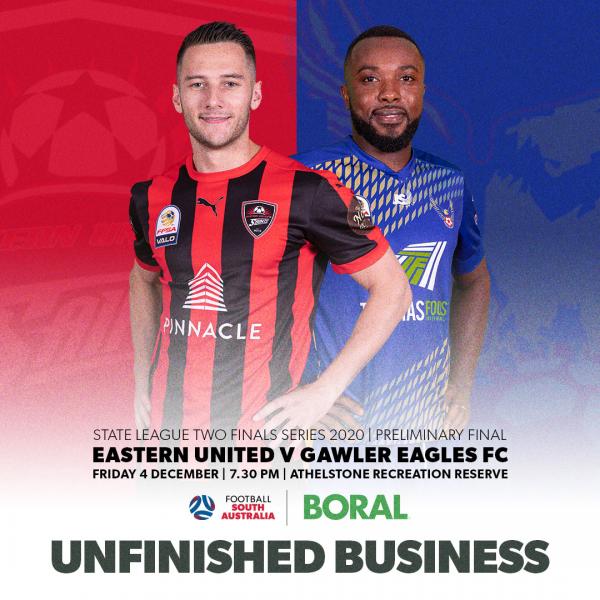 In State League Two, this finals campaign has been enigmatic. With this fixture, it really is the tale of two cities (clubs).

Eastern United have set the benchmark all year, showing real quality and the type of football that can see them thrive in the higher divisions. Unfortunately for United, they have struggled to perform on the big stage, but they’ll inevitably be chomping at the bit to prove that doctrine wrong.

Gawler have made the underdog role their own this season, going from strength to strength in this drawn-out finals campaign. Knocking off both Modbury Vista and Adelaide Uni, the mighty Eagles will back themselves to secure a famous win; and send the club to the big stage.

The winner has date with State League One, a feat in itself. However, dessert is the ever-impressive Cobras; who have the double to play for.