Metro United have produced one of the most stunning upsets in the history of the WNPLSA, securing their fourth title in a thrilling 2-1 victory over Adelaide City.

Daniela Di Bartolo’s opener in the first half saw City open the scoring, but an equaliser by Laura Stockdale and winner by Eleanor Bills in the space of seven second-half minutes saw Metro take home the highest honour in South Australian women’s football.

The champions’ defence were the unsung heroes on the night, repelling attack after attack from City’s relentless forward line to resign them to their first loss since Round 1 (a repeat of Metro’s 2-1 victory that night). 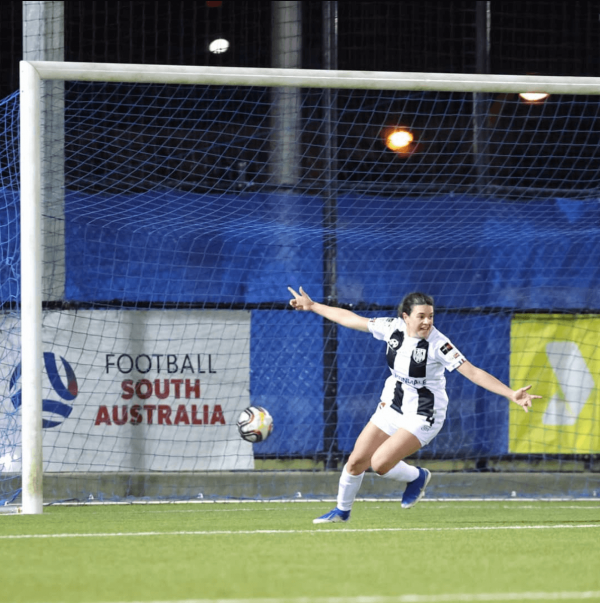 City entered the contest as red-hot favourites, having won their last 17 matches in all competitions, but Metro, who finished fourth on the table, came into this Grand Final contest off the back of two impressive wins over West Adelaide and Salisbury Inter to stamp themselves as true title contenders.

Metro were unable to get the ball outside their half in the opening minutes but their defence was up to the task of weathering the storm brought on by City’s attack, preventing any real sights at goal in the opening stages.

City actually found the back of the net in the seventh minute from a corner, but the goal was chalked off after collecting a Black and White hand on the way through.

The match was played largely on level terms in the opening half hour, but it was City who drew first blood in the 28th minute thanks to a rapid counterattack.

Chelsie Dawber was released on a blistering run down the right wing and beautifully squared the ball for the onrushing Daniela Di Bartolo, who slid her first time shot beyond Metro keeper Melanie Comyns to open the scoring for the night.

From there the half belonged to City, ramping up their energy in attack and forcing Comyns into a number of fine saves to maintain the one-goal margin.

Metro United upped the tempo after the break and made a number of runs into City’s defensive half but were unable to find the finished product, while their opponents were happy to absorb the early pressure.

The Black and Whites were able to wrestle back momentum after not too long and attempted to put the contest in a stranglehold, with Ebony Kyriacou’s speculative effort from range that sailed over the crossbar Metro’s only real shot at goal.

Metro managed to flip the script against the run of play, however, as Laura Stockdale pounced on City keeper Kendall Jenner’s parry from Eleanor Bills’ shot to rifle home from close range and equalise in the 62nd minute. 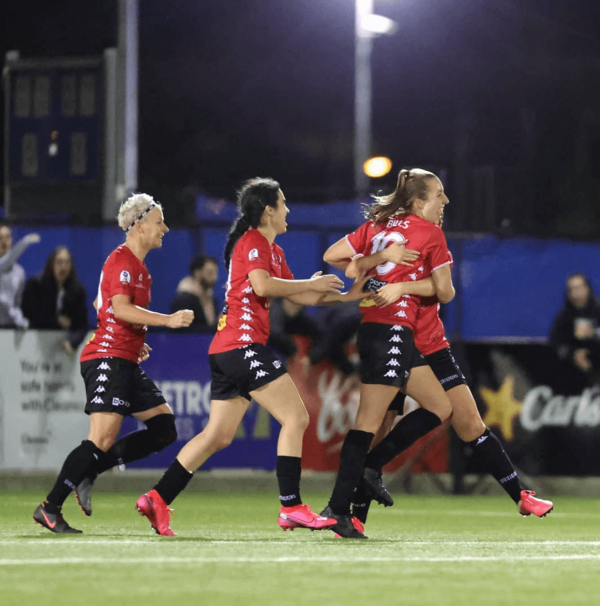 It didn’t take long for Metro to rock City again, as a long-range Kyriacou set piece found the head of Bills in a congested area, who nodded home to hand a shock advantage to the underdogs with 20 minutes remaining.

City were rattled and despite Holmes forcing a reflex save from close range on 84 minutes, Metro’s defence held strong and controlled the match into its dying embers to secure an historic triumph.

Star defender Kyriacou was named player of the match for her hand in the winning strike and constant presence down back staving off City’s elite attack.

Earlier in the evening, Adelaide University were victorious over City in the WNPL Reserves Grand Final, with Emiliana Soulio, Elyse Moon and Bethany Harms all finding the back of the net as Uni secured the trophy.