Kings and City clash, while first GF spot up for grabs between Comets and Campbelltown 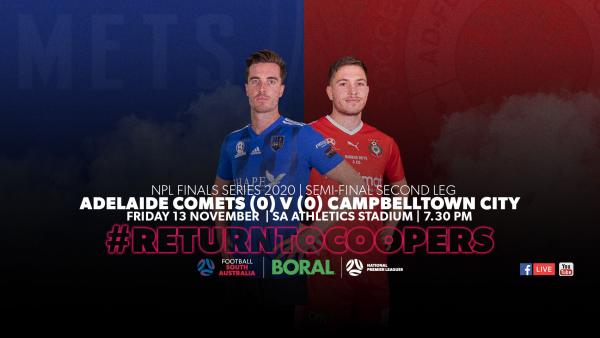 Third time Sergio Melta winner Allan Welsh will be leading his Premiership winning Comets side out under the lights at SA Athletics Stadium tonight in a bid to do something his side have not done since August 2019 - beat Campbelltown City.

Records are meant to be broken, and NPLSA Coach of the Year Barney Smith will be hoping to do just that.

The Champions though will be well up for the fight, and the resurgent group under the lead of Iain Fyfe will be very tough to beat, unbeaten in all 8 matches since the former captain took charge in September.

The sides played out a 0-0 chess match last week, with a tight contest predicted again tonight.

The prize tonight? A week's rest, and the first team to book their place in the 2020 NPL Grand Final. 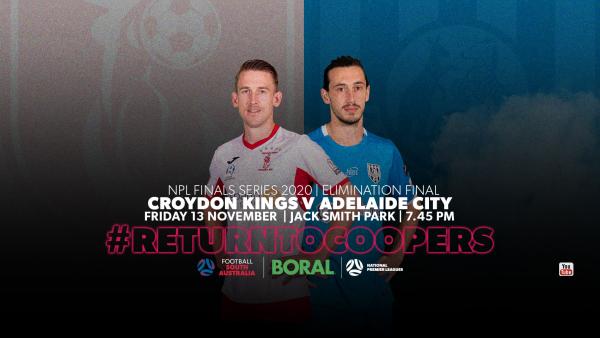 Croydon Kings and Adelaide City do battle tonight and it's do or die, as the winner progresses to play the losing side out of Adelaide Comets and Campbelltown City.

Although the confident City camp were not surprised with their huge 4-1 victory over MetroStars last Friday night, it still sent shockwaves around the Finals Series competition. The recent announcement that Michael Mattriciani will not be continuing his coaching role at the club in 2022 has certainly not dampened the spirits, and boy did his side put on a show.

Talisman Terrence Carter scored a lethal hattrick, including a contender for goal of the year, which will put fear into the Kings backline tonight without question.

Croydon, who dug deep last weekend to secure a 2-0 win over Raiders last weekend, just love Finals Football. And it was a much-needed win too, as their first after 3 straight defeats.

The Kings finished 5 points ahead of City on the ladder, but the last four meetings between the two standing at 2-2, this one is hard to call. City though will be keen to seek some revenge for that entertaining Grand Final 3 years ago.