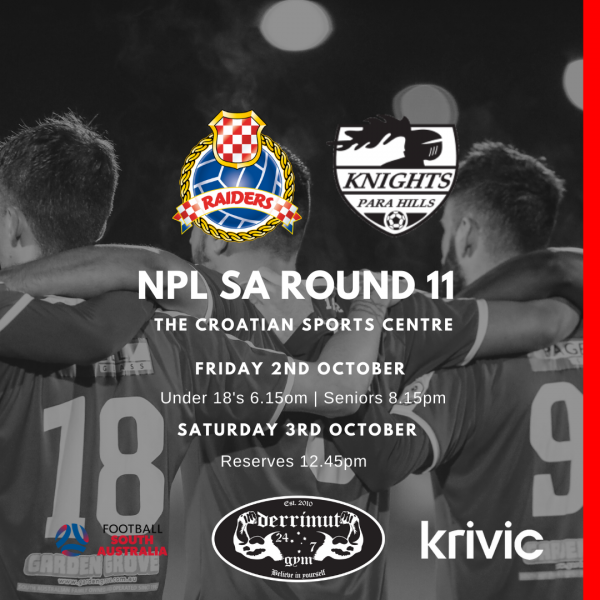 Raiders have been well and truly out of sorts over the past few weeks, with no victories to show from their last six matches, but tonight’s fixture with the last placed Knights presents an opportunity to snap their winless streak.

Raiders had shared the spoils in all bar one of their previous five matches, with a 1-0 loss to Cumberland United their only defeat in that time, but they were hammered 4-0 by Comets last week to send them down to eighth.

The Knights were gallant in their 3-2 loss to a strong Campbelltown City outfit, but the unfortunate reality is that they are now eight points adrift of 11th.

If Raiders are to challenge for finals this season, and they remain in a strong position to do so, three points against the bottom side is a must, while wins are a necessity from here until the end of the season for the Knights.

It’s the Kings hosting the Comets tonight under lights in what promises to be the match of the round, with the hosts sitting just four points behind their ladder leading opponents.

The Kings have come from the clouds in their rise to third, recovering from an inconsistent stretch of results to now boast five wins on the trot which includes their 5-1 thrashing of MetroStars last weekend.

Comets bounced back from consecutive losses in Round 10, dispatching of Raiders 4-0 to maintain their grip on first place for now.

With five rounds still to play and five points separating the top four, Comets will be wary of the sides beneath them, which include their opponents tonight, clamouring for their position at the top. 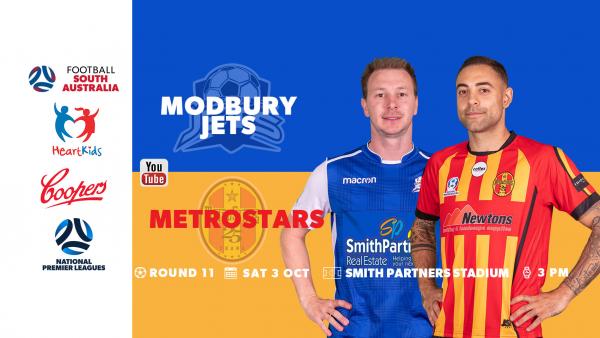 MetroStars will enter their contest with the Jets with a fire in their bellies that has burned since their calamitous defeat at the hands of the Kings last week.

The 5-1 loss gave their percentage a kicking and, most importantly, saw them cede second place, sliding down to fourth and five points behind Comets.

The Jets managed to collect a point away from home against finals challenger Adelaide City, but remain in 11th level on points with Adelaide United.

MetroStars will be eager to rebound from their disappointing result last week and continue to push the sides within striking distance above them, while a win for the Jets would be a major boost for their hopes of escaping the bottom of the ladder. 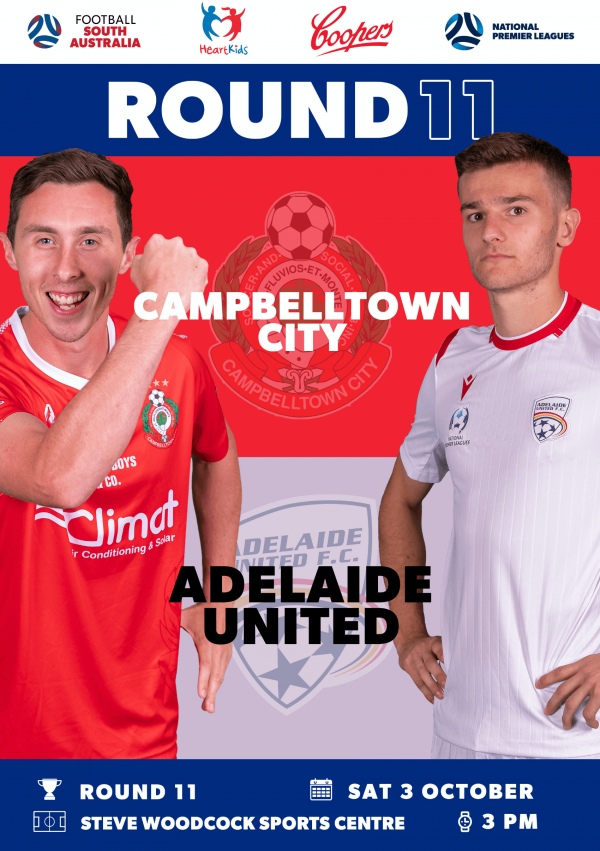 City narrowly escaped a disastrous result last week, holding on for a nervy 3-2 victory at Para Hills, and will be keen to boost their premiership hopes further with a win against United.

The home side’s win saw them leapfrog the defeated MetroStars and reclaim second place from the side that had humbled them 5-1 a fortnight prior.

United, meanwhile, will have been disappointed to draw with the inconsistent Blue Eagles after back-to-back 4-0 wins which lifted them above the Jets into tenth and within six points of the mid-table scramble.

Defeat for City would likely see them relinquish second place once again, while a similar result for United threatens to drag them back towards the bottom of the ladder. 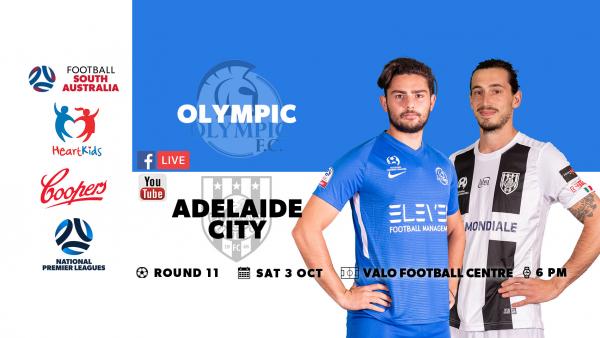 Blue Eagles’ draw meant that Olympic now holds outright ninth on the ladder, but with just three points between themselves and sixth placed Adelaide City, this match could make or break both sides’ seasons.

The home side have struggled all season to consistently string results together and their 2-1 loss to Cumberland United last week that backed up a win the week before is further proof of that.

City are also suffering a lean patch, unable to claim victory in any of their previous five outings and most recently dropping points to the struggling Jets.

Olympic have flirted with the top half for some time now and a win tonight would go some way to helping secure their dream of finals football, but City will be looking to put further distance between themselves and the sides chasing them.