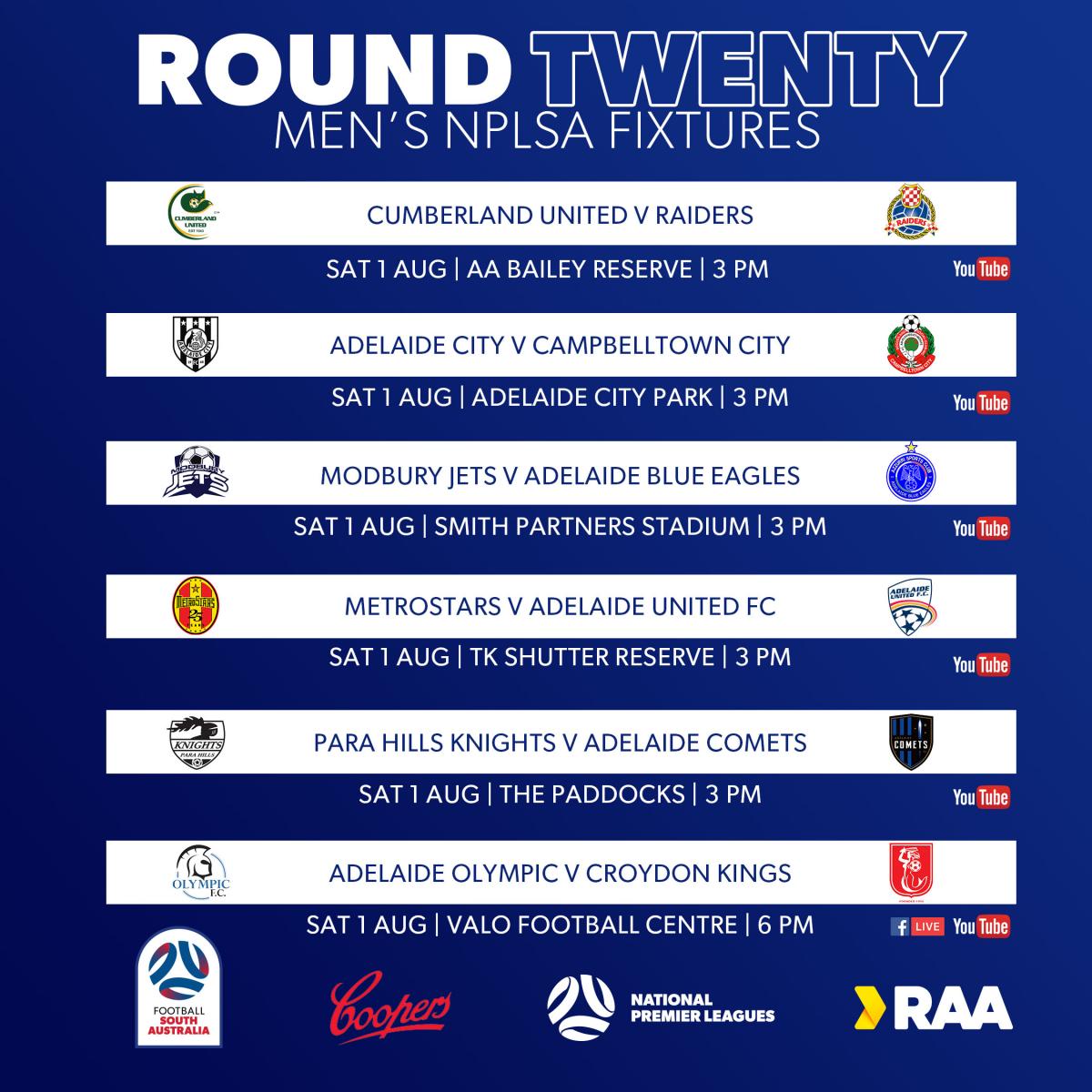 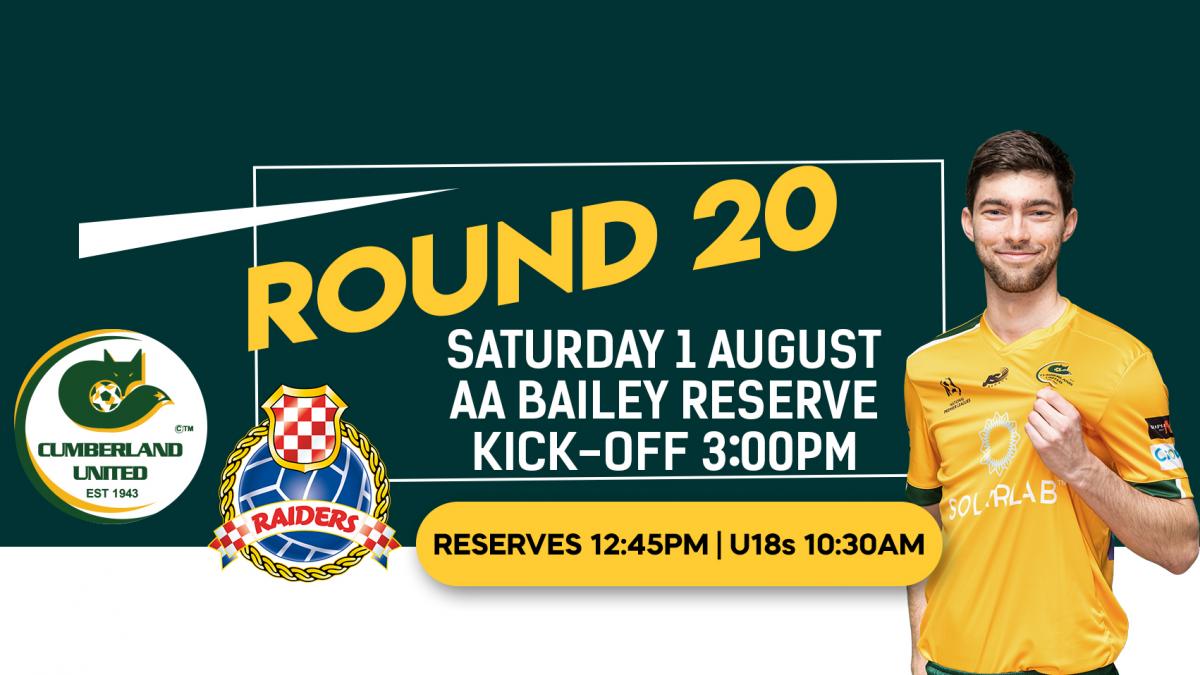 United will enter this fixture against an in-form Raiders with renewed confidence after another fine victory last week pushed them further up the table.

The home side won their second match on the trot, and fourth in five matches, in their 3-1 triumph over Croydon Kings, with the three points sending them up to fifth and within a win of table toppers MetroStars.

Raiders also moved up in the competition standings following their 1-0 victory against Adelaide City, another side in strong form since the restart, and now sit just a point off the pace in second.

With both sides struggling in the early season it is fair to say that this encounter would not have been billed as a crunch match between two of the league’s form sides, but that is exactly what we have on our hands now. 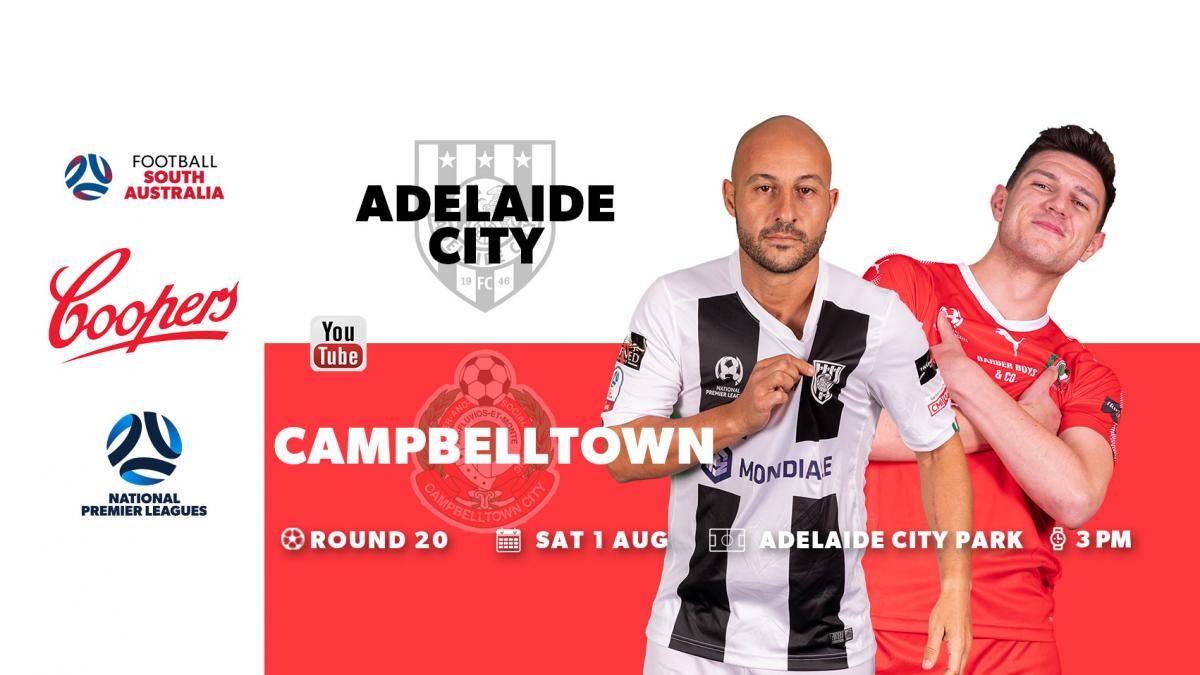 City were brought back down to earth by Raiders off the back of some impressive post-break form, so they will be extra motivated to bounce back against a Campbelltown side who were also humbled last weekend.

After two wins that sent them into second, City now sit in sixth in a congested table after their 1-0 loss to Raiders and are level with their opponents with a game in hand.

Campbelltown suffered a similar fate last week, a 1-0 defeat against MetroStars seeing them slide from fourth to seventh having appeared to arrest the inconsistent form that plagued their early season.

With the table as tight as it is at the top, both sides will be hoping their losses to quality opposition represent a mere blip and aiming for a crucial three points tomorrow. 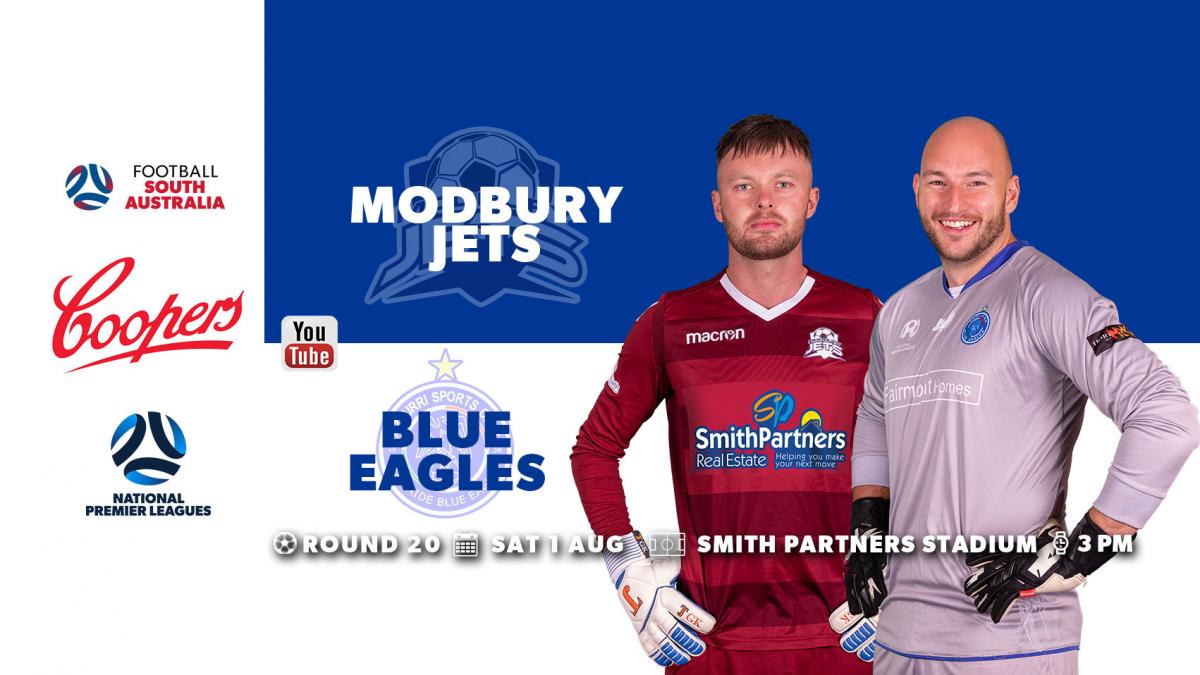 The Jets are in freefall, having lost their last four matches in a row, and now face the born-again Blue Eagles in a battle to stave off the chasing pack at the bottom.

The home side most recently were defeated 2-1 by a vulnerable Olympic side, an injury time winner by Christos Pounendis stripping them of the point that has thus far eluded them since the season restart.

Blue Eagles, meanwhile, are undefeated since the return to action and picked up their second successive victory on Saturday against the Knights, launching them from the foot of the table to ninth and a point behind tomorrow’s opponents.

The Jets and Blue Eagles have been worlds apart since the break and now find themselves battling to push further up the table with a crucial three points on offer. 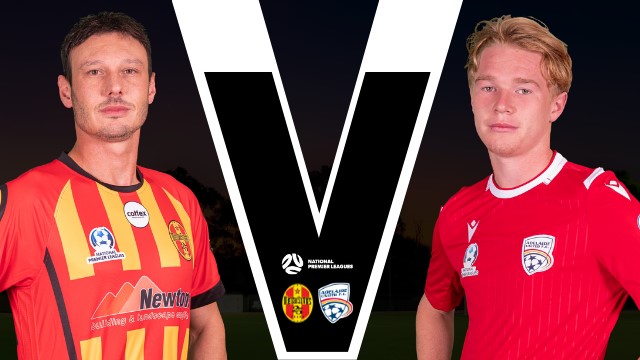 The ladder leaders meet rock bottom in this fixture at TK Shutter Reserve, with both sides keen to prove their credentials as title chasers and as a worthy opponent respectively.

Despite having lost just three of their seven games United have only taken all three points on one occasion this season and are without a point since the restart, shipping ten goals in the process.

MetroStars have not been in perfect form, dropping points to Raiders and the Knights before their win over Campbelltown, but have managed to maintain their position atop the table thanks to the teams below them trading victories.

The home side will be looking to flex their goalscoring muscles against United and condemn them to a fourth straight loss, whilst United are looking to build on their six points against a strong opponent. 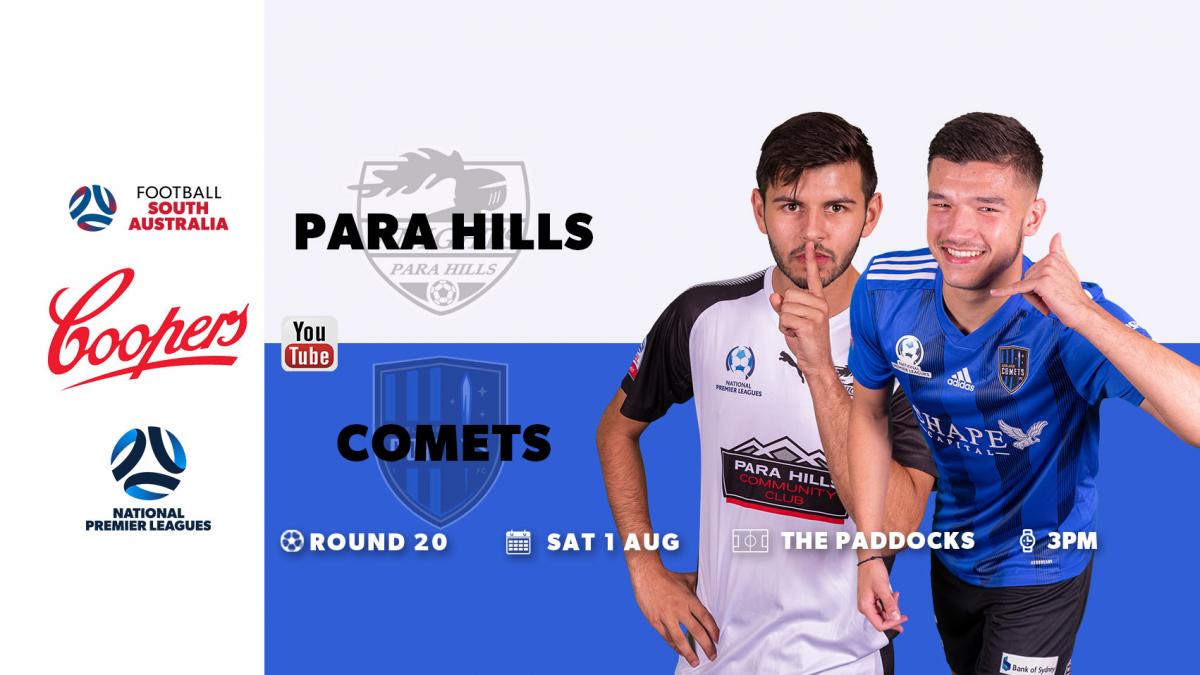 The Knights sunk to second to bottom after their most recent defeat, with Comets standing between them and advancing further up the table.

The 3-0 win over last placed Adelaide United a fortnight ago remains the Knights’ only win since the first round, with Blue Eagles leapfrogging them thanks to their 2-0 victory last week.

Comets have struggled for consistency since the resumption of the season, with each result differing from week to week, but still sit in fourth spot thanks to their first win since March over United.

The away side will gain confidence from holding their place amongst the title chasers despite indifferent form but will be desperate tonot let it slip against the struggling Knights. 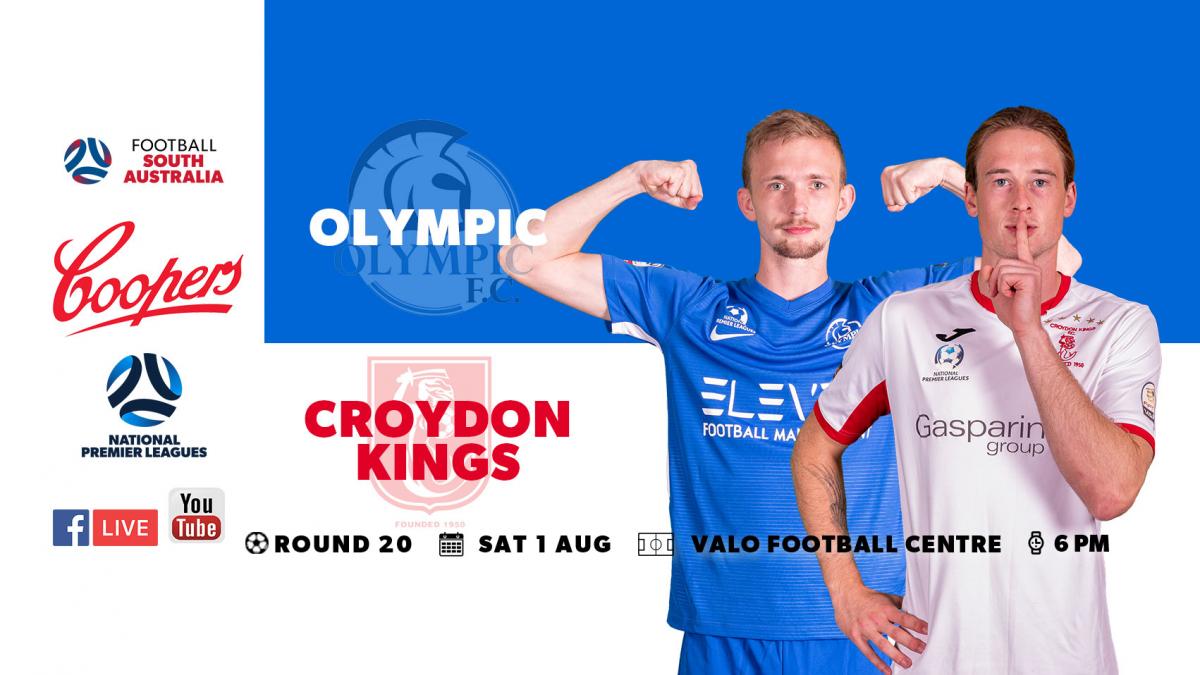 Match of the Round | Proudly brought to you by Coopers
Adelaide Olympic vs Croydon Kings
Venue: Valo Football Centre
Date: Saturday 1 August 6:00PM

Round 20 of NPLSA action is capped off by this encounter under lights at Valo Football Centre between two sides who have found consistent wins hard to come by since the season’s restart.

Olympic will be buoyed by their most recent result, a 2-1 victory over the Jets, after losses to Raiders and the struggling Blue Eagles threatened to derail their season.

The Kings, meanwhile, are coming off the back of two straight losses, albeit to strong opponents in Adelaide City and Cumberland United, and have gradually lost ground on the top teams to now sit tenth on the ladder.

Third-placed Olympic will be eager to prove themselves worthy as a challenger at the right end of the table, sitting within a win of MetroStars, while the Kings are desperate to stop the rot and earn valuable victories to push them clear of the drop zone.