The state’s top-level competition will continue to be known as the RAA National Premier League in 2022.

RAA has been servicing South Australia and Broken Hill for more than 117 years, providing quality motor, home and travel services to over 750,000 members. 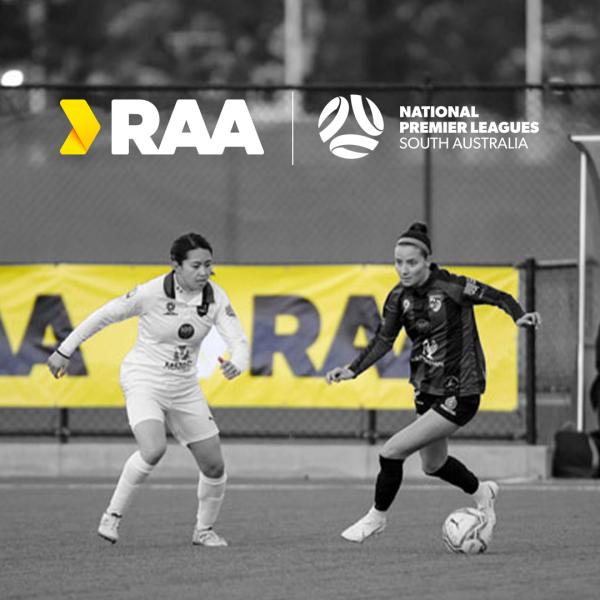 A valued contributor of local football since 2015, RAA proudly presents the weekly “goals highlights” across our State League men and women’s competitions.

“This has had great social interaction with over 150,000 views from our fans, they love seeing teammates, family and friends make the highlights reel” Carter added.

Football SA had over 12,000 attend the recent finals series, plus NPL.TV had over 30,000+ tune-in across the globe reinforcing the demand for community sport.

RAA has a huge influence in bringing the football community of South Australia together, presenting the RAA African Nations Cup, attended by over 10,000 people over the past two weekends at VALO Football Centre.

RAA also present the annual RAA Celebration of Football held three weekends ago. This event recognised the best players, clubs and participants of the home and away season.

As the official travel partner to Football SA, RAA provides expert knowledge and support to teams from Football SA’s talented player pathways as they recommence travel for tournaments across the country.

“We are thrilled to strengthen ties with RAA and appreciate the support given to the Football South Australia community.”

Speaking about the partnership, RAA’s Senior Manager for Marketing and Communications Matthew Schumacher is excited for the year ahead.

“This partnership is integral to RAA’s support of the sporting community in South Australia. We look forward to the 2022 season and how we can further integrate our Travel offering with the partnership, especially as borders start to reopen.”

For more information about RAA’s products and services visit raa.com.au