Adelaide Comets claimed a dramatic 3-2 victory away from home on Saturday to hand Cumberland United their first defeat of the season.

It was the visitors who struck first, as a quickly-taken Ryan Yates set piece from inside Comets’ defensive half picked out Jaiden Diamantis, who rifled his shot in at the near post from a tight angle to hand his side the lead after 17 minutes. 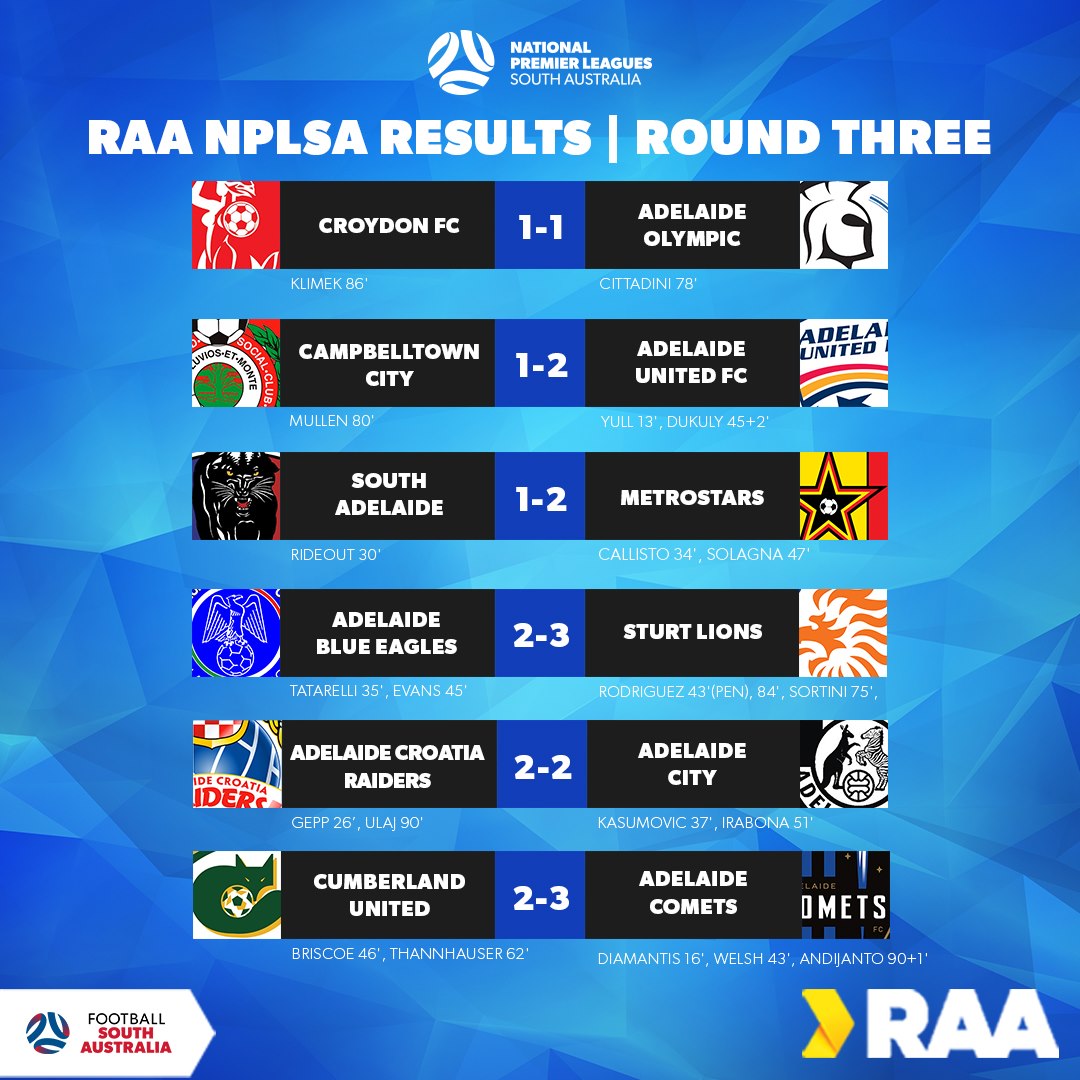 They doubled their lead just before the half-time whistle, as Cumberland failed to clear their lines which led to an Anthony Mavrolambados cross into the box met by the head of Comets’ towering captain Allan Welsh.

The match was far from over, though, as Thomas Briscoe halved the deficit less than a minute after the start of the second half before Cumberland drew level as Harry Thannhauser pounced on a spilled ball to tap home in the 63rd minute.

There was late drama in store, however, as Andreas Wiens controlled a pinballing football in the box and found the feet of Nathan Andijanto, who turned it home in the 91st minute to snatch all three points.

Sturt Lions came from behind to claim a 3-2 win at Blue Eagles and Adelaide United registered an impressive 2-1 win at Campbelltown City to leave the reigning champions winless after three rounds.

MetroStars also won 2-1 away from home against South Adelaide, while Adelaide Croatia Raiders and Croydon Kings both scored late equalisers in their draws with Adelaide City and Adelaide Olympic respectively.