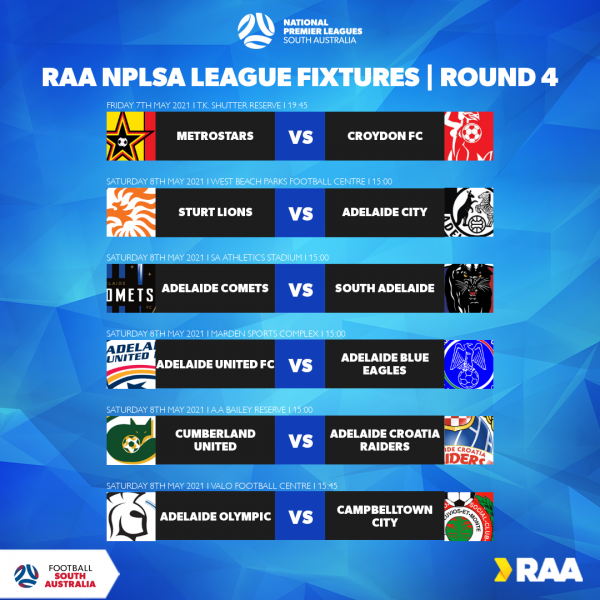 Tonight’s fixture sees MetroStars pitted against the Kings under lights at TK Shutter Reserve in a contest between two sides with identical win-loss records and goal difference up to this point.

The hosts grabbed their first win of the season at the third attempt, coming from a goal down to defeat South Adelaide 2-1 away from home and bounce back from their home defeat against Cumberland the week prior.

Meanwhile, the Kings have found goals slightly tougher to come by so far, only managing one in each of their three fixtures including a late equaliser to salvage a draw against struggling Olympic at home.

The third and fourth-placed sides from 2020 haven’t quite stamped their names as contenders so far, so tonight’s match-up presents both teams with an opportunity to claim an impressive scalp. 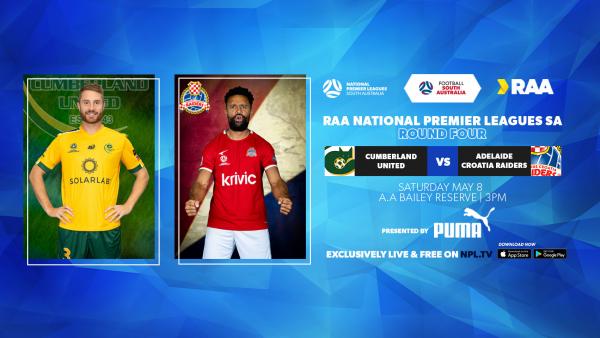 Cumberland will be hoping to bounce back from their dramatic loss last weekend, but a Raiders side fresh off a similarly thrilling result stands in their way.

The home side certainly took it to Comets in their match, coming from two goals down at half-time to draw level before conceding an injury-time winner that broke Cumberland's hearts.

Raiders, on the other hand, were able to salvage a point in incredible circumstances, equalising in injury time to secure a 2-2 draw with City despite playing with ten men for over half the match.

The visitors will be hoping to spoil the party as they did last weekend but will endure an uphill battle to do so in the face of one of the competition’s entertainers over the opening weeks.

Two sides who have struggled to find their feet in the first three weeks of the season face off at Marden Sports Complex tomorrow, as United take on Blue Eagles.

After a barren opening two rounds that yielded no points or goals, United certainly made a statement that they’re not to be written off by beating Campbelltown on their own turf 2-1.

Blue Eagles are the only side remaining with no points on the board so far this year but came close to earning a result against Sturt, before conceding twice in the last 15 minutes to lose 3-2.

The Young Reds will be keen to continue their fine form from last weekend into this fixture and make it two wins on the spin, while Blue Eagles know that they have to pick up their form before too long.

Comets have returned to the form that saw them take out the minor premiership last season in their last two matches, but they’ll know that South will be no easy task.

A dramatic late winner by Nathan Andijanto saw Comets snatch a thrilling 3-2 win at Cumberland, which returned them to league summit and marked their seventh goal in the last two weeks.

South suffered the first defeat of their return to the top flight, surrendering a first-half lead at home to MetroStars to eventually lose 2-1 in what was their toughest test so far this season.

Comets will certainly be looking to continue their free-scoring, winning form into this fixture and South Adelaide will see this fixture as a chance to test themselves once more against one of the league’s best.

Sturt and City are the only sides remaining yet to suffer a loss in 2021, alongside Comets, and both will be as desperate as ever to keep their streak alive with a win.

The hosts have continued their smooth adjustment to NPL football, winning their second match in three weeks (both of which were away from home) against Blue Eagles in an entertaining contest that finished 3-2.

City would have been very disappointed to concede an injury-time equaliser to ten-man Raiders at home last weekend, a goal which would’ve seen them become the only side to keep a 100% win record.

The fire from that result will have burned in the bellies of City all week and they have the chance to make amends against another side in impressive form in Sturt.

From two unbeaten sides to two winless sides, Olympic and Campbelltown take each other on in the later kick-off tomorrow afternoon in search of an elusive first victory.

Olympic managed to improve on the defensive frailty that saw them concede three goals in both of their opening fixtures to register a 1-1 draw away from home against the Kings but would be disappointed to have conceded a late equaliser.

Campbelltown’s miserable start to the season continued last weekend with a disappointing home loss to United, a result which left them at the wrong end of the league table.

While it’s hardly panic stations three weeks into a 22-round season, both sides will be acutely aware of the risk that a slow start poses to a league campaign, so Olympic and Campbelltown will be desperate to get off the mark tomorrow.