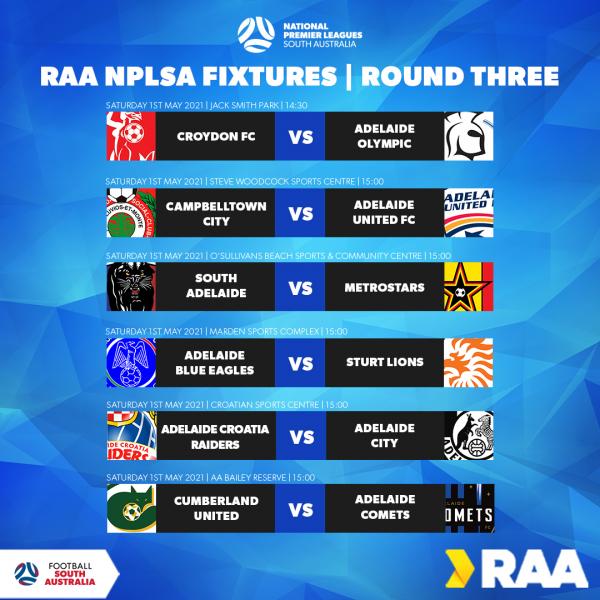 The (slightly) early kick-off sees Croydon host Olympic tomorrow afternoon in a match-up between two sides eager to get a win on the board.

The hosts backed up their nervy 1-0 win over United thanks to a late Patrick Caraccia strike with a comfortable 4-0 FFA Cup Preliminary Round triumph over Northern Demons after making the trip up to Port Pirie.

Olympic prop up the table after the opening two rounds, losing 3-1 at home to South Adelaide a fortnight ago, but were able to edge past State League Two’s Adelaide University in the Cup thanks to Jason Konstandopoulos’ goal.

The visitors have to work hard to arrest their poor form before it threatens to overshadow their season, but they face a stern task in the form of a tough Kings outfit.

Cumberland have been one of the surprise packets of the opening rounds, scoring freely and winning matches, but they’ll face their toughest test yet as Comets pay them a visit.

Winning at MetroStars has been no easy feat in recent seasons so Cumberland’s 3-2 triumph signalled their intent for this NPL, although they were unable to take their winning run into the Cup in their 2-0 defeat to Sturt.

Comets, meanwhile, have rebounded from their Round 1 draw in impressive style, first beating Raiders away from home 4-1 and then thrashing State League Two strugglers Mount Barker 9-1 in the Cup.

With both sides playing attractive, high-scoring football, this fixture is shaping as the match of the round for the neutral; expect goals in this one. 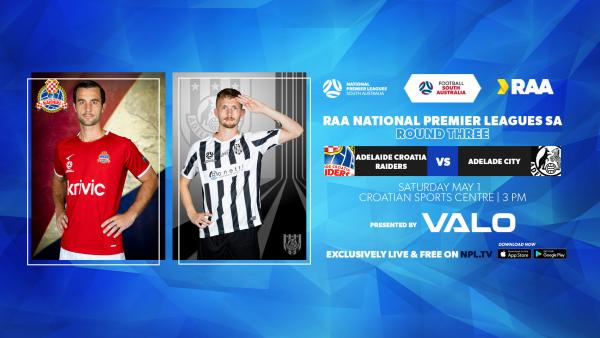 Raiders host City at the Croatian Sports Centre on Saturday afternoon looking for another victory after a couple of disappointing results.

Their 1-0 win at Blue Eagles was backed up by a heavy 4-1 home defeat to Comets, before surrendering a two-goal half-time lead to lose 3-2 against State League One side Adelaide Victory in the Cup.

City, like their opponents, ground out a 1-0 victory over Blue Eagles a fortnight ago and survived a major scare in the Cup last week, overturning a two-goal deficit to snatch a win over Adelaide Hills Hawks in injury time, who play their football in State League One.

The Black and Whites will be eager to maintain their 100% start to the NPL season, while Raiders will see tomorrow’s contest as a chance to further prove their credentials this year. 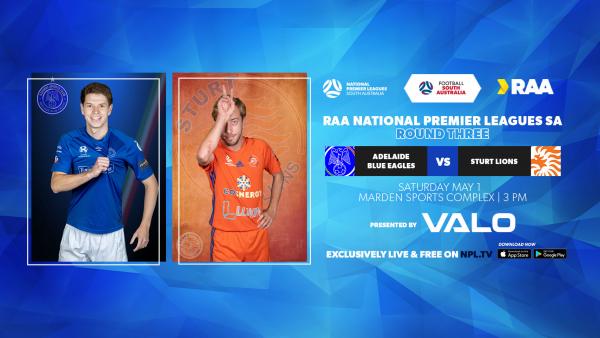 Blue Eagles have endured a tough start to 2021 and are still searching for their first win in all competitions, which stands in stark contrast to their opponents, Sturt.

Back-to-back 1-0 defeats, against Raiders and City, and a disappointing 2-1 loss to State League One club Playford City in the Cup has left Blue Eagles empty-handed thus far.

Sturt, meanwhile, were impressive in holding reigning champions Campbelltown to a draw two weeks ago, before defeating Cumberland 2-0 in the Cup to seal their progress to the Preliminary Round of 16.

Blue Eagles won’t be keen on letting their dry spell stretch for much longer, while Sturt will be looking to continue their bright start to life back in the top tier with another win.

South are one of three sides left with a 100% league record after two rounds, but they face a challenge to maintain that as they face up against MetroStars tomorrow.

Their 3-1 win at Olympic a fortnight ago, in which star forward Jonathon Rideout scored his fourth goal in two matches, was followed by a 2-0 defeat to Campbelltown in the Cup last weekend.

MetroStars are still looking for their first win following a thrilling encounter with Cumberland that ended 3-2, although they were able to seal passage to the next round of the Cup with a 2-0 win over WT Birkalla.

Another exciting match is on the cards for tomorrow between these two sides, as both have a penchant for high-scoring games. 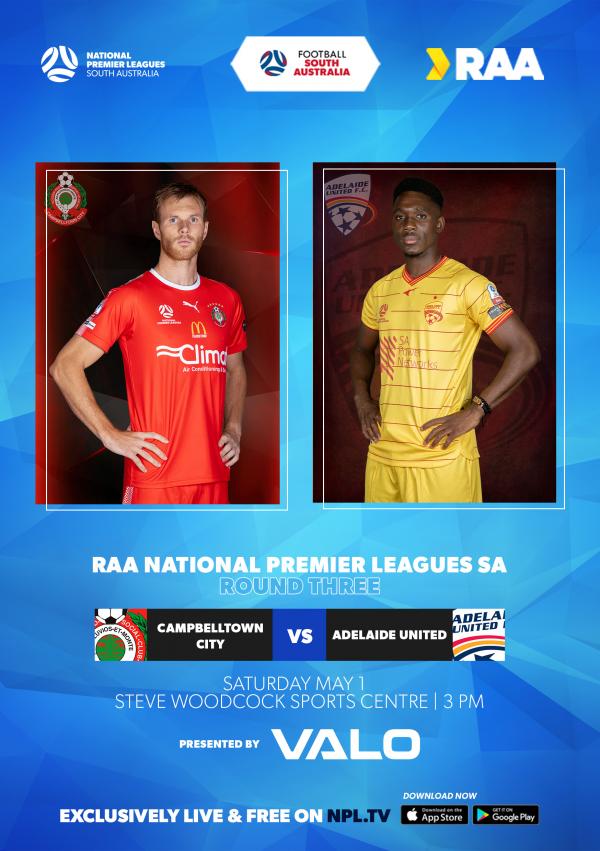 The reigning champions have suffered a slow start to their title defence, but they’ll be hoping to get it back on track as they host United tomorrow.

Campbelltown weren’t able to find a winner against Sturt, consigning them to one point from a possible six to begin the year, but a 2-0 victory over South in the Cup last week saw them get off the mark in all competitions.

United, meanwhile, weren’t able to get a win under their belts in the Cup thanks to their senior side’s involvement, instead having to sit on their 1-0 defeat to Kings for the last two weeks.

The hosts will be raring to go against United and establish Steve Woodcock Sports Centre as a fortress once again, while United are searching for a result against strong opposition.