Due to popular demand, The 2018 State Coaching Conference now has a new venue.

The conference will now be held at The Parks Theatre, 46 Cowan Street, Angle Park SA, 5010 in Theatre 2.

This year’s conference will be headlined by renowned Skill Acquisition Professor Damian Farrow. Damian holds a joint appointment with Victoria University and the Australian Institute of Sport in his field. Through his role, Damian is responsible for the provision of evidence-based support to Australian coaches seeking to measure and improve the design of skill learning environment (full bio below).

The conference will also present two modules, practical and theory, covering the G.I.G method approach used for the development of tactical behaviors.

Coaches attending the Conference will receive a copy of the G.I.G book.

A full schedule will be released in the lead up to the conference, for further information please contact the FFSA office on 8340 3088 or email Game Development and Technical Teams Administration Assistant Jane Tuohy at jane.tuohy@ffsa.com.au

Marco joined Adelaide on a two-year contract in what he described as an “adventure” after spending the entirety of his career playing and coaching in Germany. Kurz, who spent 15 years in the Bundesliga from 1989 to 2004, accumulated nearly 300 appearances representing the likes of VfB Stuttgart, FC Nurnberg, Borussia Dortmund, Schalke 04 and 1860 Munich. Kurz takes his coaching inspirations from several different managers he has played under – none more so than from the legendary Ottmar Hitzfeld and Dutch tactician Huub Stevens of Dortmund and Schalke respectively. Kurz has managed at the highest level in his home country with his most successful spell occurring when he first secured promotion with FC Kaiserslautern before guiding them to a seventh-place finish in the 2010/11 Bundesliga season. The 48-year-old has also been at the helm of 1899 Hoffenheim, 1860 Munich, and Fortuna Dusseldorf. (information from www.adelaideunited.com.au)​​​​​​​​​​​​​​ 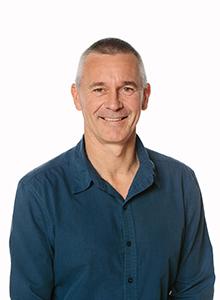 Damian holds a joint appointment within the College of Sport & Exercise Science, ISEAL, and the Australian Institute of Sport (AIS).

In 2002 he was appointed the inaugural AIS Skill Acquisition Specialist, then became the Discipline Head of Psychology and Skill Acquisition in 2009. In this position, he was responsible for research and support of coaches seeking to develop the skills of Australian athletes.

He has worked with a range of AIS and National sports programs including the AFL, Cricket Australia, Tennis Australia, Netball Australia, Surfing Australia, the Australian Rugby Union and is currently National Lead of Skill Acquisition for Swimming Australia.

Damian publishes and presents extensively on his research interests, centered on understanding the factors critical to the development of talent and sports expertise, with a specific focus on perceptual and decision-making skill and practice methodology.

A former tennis coach and physical education teacher, he is passionate about community engagement through the translation of theory into practice via coach education and the publication of general interest sports science books including; "Run Like You Stole Something", "Why Dick Fosbury Flopped" and "It's True: Sport Stinks". 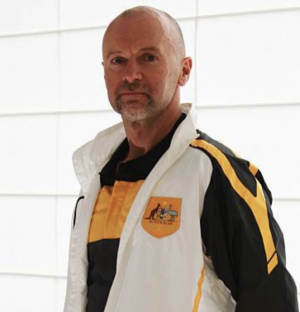 James has an interest in all sports injuries and sports-related medical problems, including management of concussion.

Involvement with Teams and Associations: 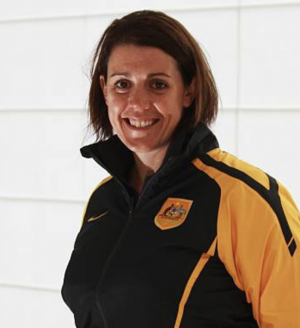 Kate is an experienced APA Sports Physiotherapist who has recently resigned as Head Physiotherapist for the Westfield Matilda’s, after 10 years. Kate has extensive experience with soccer and netball related injuries and is passionate about ACL prevention and ACL rehab.

Kate’s other clinical interest’s include injury prevention, return to play and return to performance for all lower limb conditions. Kate continues to be involved with Football Federation Australia following her 12 years as a traveling team physio and is excited about her new role as National ACL Prevention & Injury Prevention Coordinator.