Football South Australia is pleased to reveal that Technical Consultant to FFA, Ron Smith PHD, will be Special Key Note Speaker at this year's Coaching Conference.

Ron has had an illustrious career in the game thus far, including AIS Head Coach between 1986 and 1996, which saw Ron work closely with the 'Golden Generation' which included players like Mark Viduka, Lucas Neill, Josip Skoko, John Aloisi, and Craig Moore.

Other guests speakers will be announced in the coming weeks!

Football South Australia is pleased to announce first details of the 2020 Coaches Conference, with tickets available to purchase now.

This year's conference will take place in Gepps Cross at the Croatian Sports Centre on Saturday 5th December. 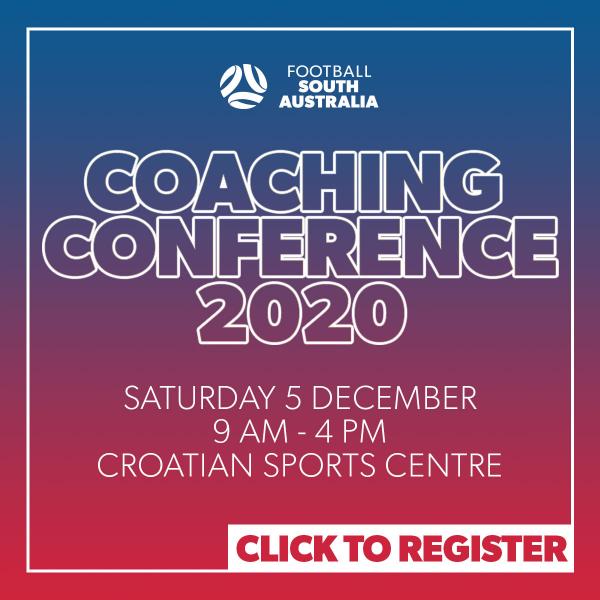 The 2020 season has thrown up a number of unique challenges, the likes of which we have never seen before!

As coaches, we learned quickly that we needed to be adaptable to an ever-changing environment beyond our control. It challenged our delivery methods, how we interacted with players and highlighted the importance of collaborating with other coaches to share ideas.

It strengthens our understanding that a commitment to ongoing learning and development is key to fostering the positive progress of the game and ultimately having an influence on the players, who need to remain at the forefront of our attention.

Details of the full course programme confirmed guest speakers and further information will be available over the coming weeks in the lead up to one of our flagship Coach Development events.