Heading into Friday night's last regular round of the #WNPLSA there was a small matter of who would be crowned League Premiers, and who would be succumbed to relegation. Salisbury Inter though secured the crown with an incredible 7-3 victory over Adelaide University, which in turn relegated Uni into WSL for next season. Metro United's loss to Fulham United meant that Football SA NTC snatched the last Finals spot. 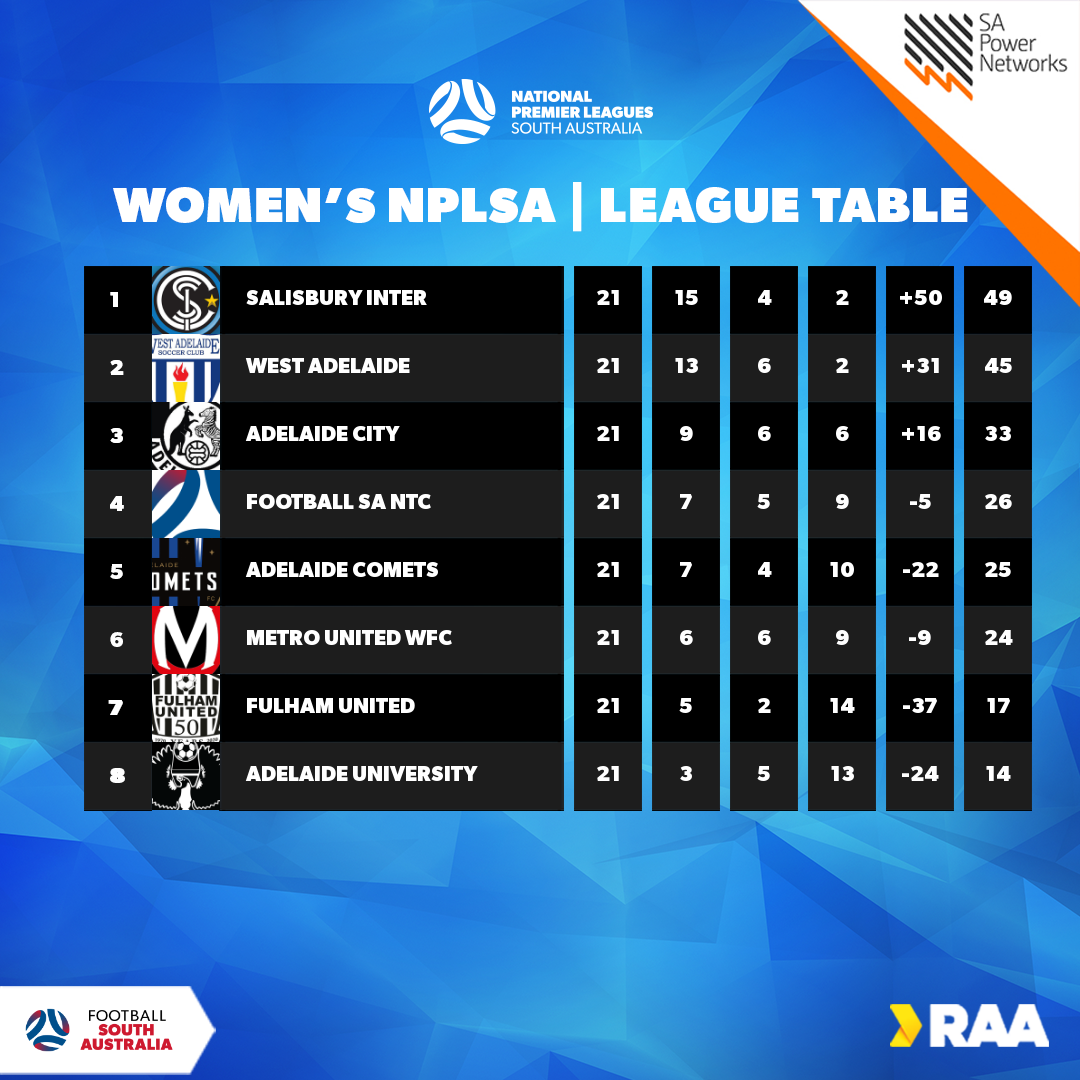