Football SA is pleased to announce the fixtures for Senior Men's leagues for Season 2022.

The 2022 season kicks off on the weekend of 18th February with some mouthwatering ties to get the new campaign off and running.

In the RAA NPLSA, it's a repeat of the 2021 opener but reversed. Champions Adelaide City welcomes a new look Campbelltown City, led by former Adelaide City Coach Michael Matricciani to Adelaide City Park in a 7.30 pm kick-off.

Damian Mori and FK Beograd's long-awaited return to SA's top-flight kicks off with a home tie against one of last season surprise packages, South Adelaide, while WT Birkalla gets their campaign up and running against last seasons Grand Finalists Adelaide Comets. 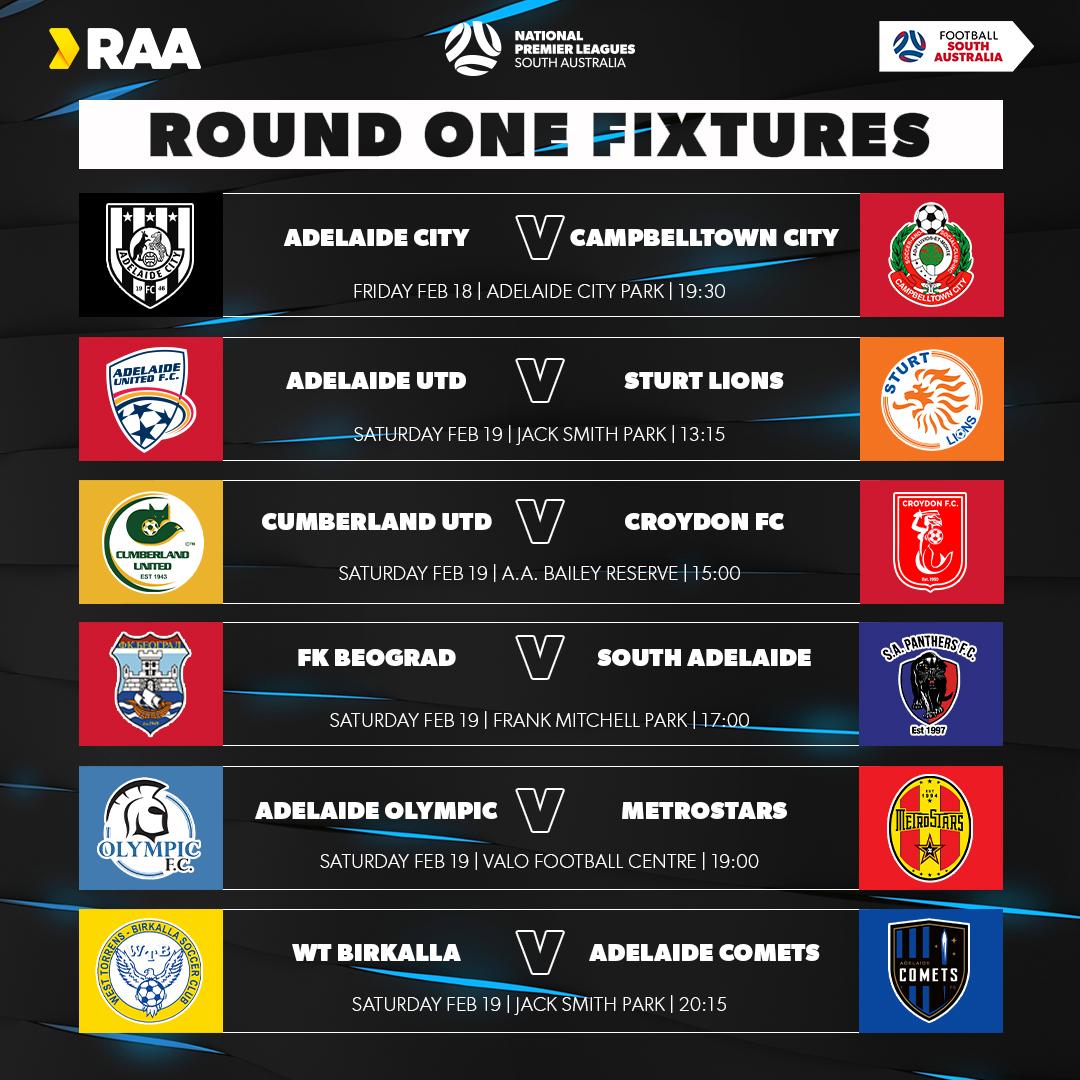 The 2022 State League One campaign kicks off with 4 games kicking off simultaneously.

2021 Sergio Melta winner Hamish McCabe will make his debut for Modbury Jets at West Beach when his Jets side face Fulham, while Adelaide University faces life in a new league against the Adelaide Hills on Sunday.

FULL STATE LEAGUE ONE 2022 FIXTURES CAN BE FOUND HERE 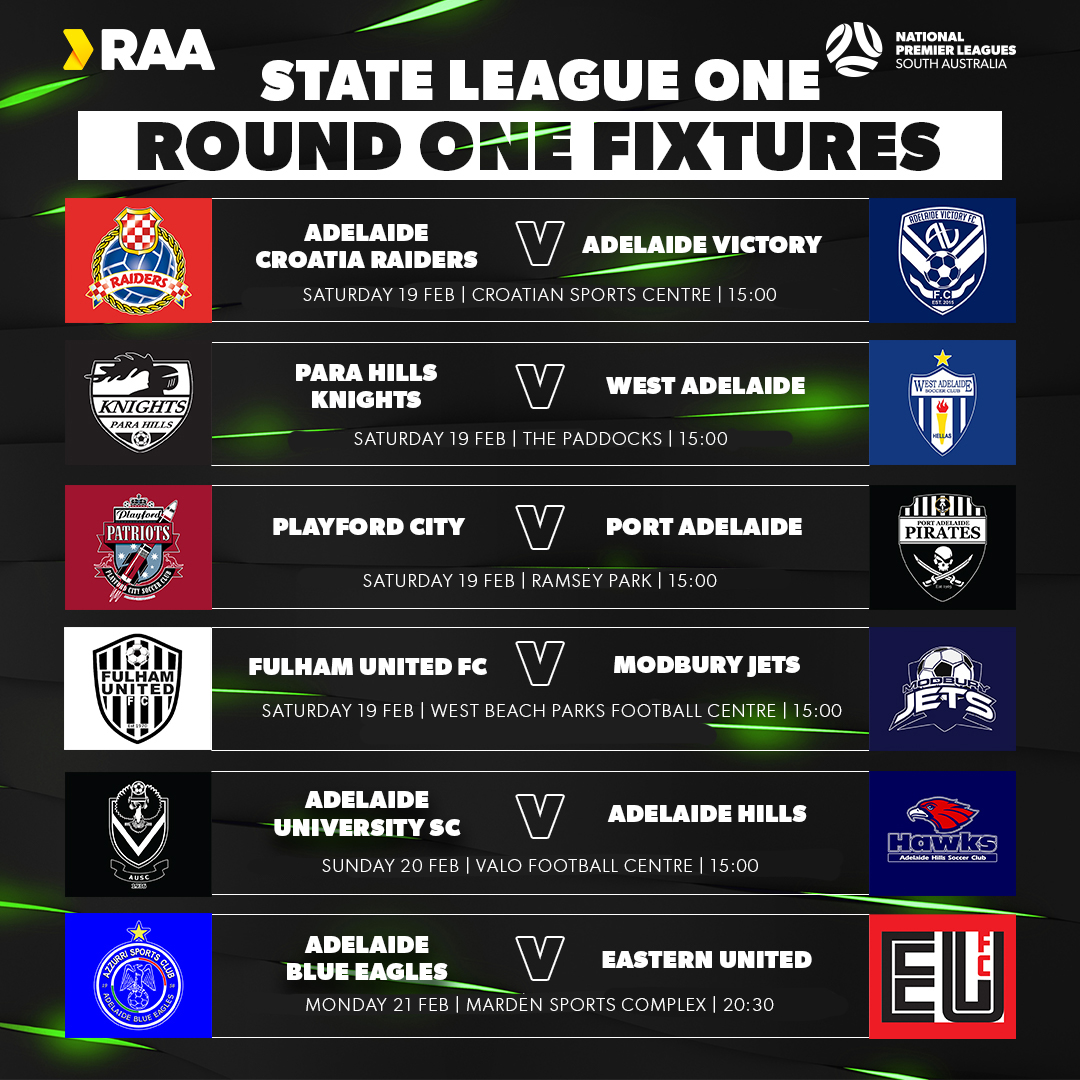 Western Strikers begin life in the league with a home tie against Nothern Demons, while Adelaide Omonia Cobras travels down south to face off with Seaford Rangers.

Modbury Vista will do battle with Salisbury United at Newspot Stadium while Mount Barker welcomes Gawler Eagles to The Summit.

Round One rounds off nicely with Pontian Eagles v Cove FC on Saturday evening. 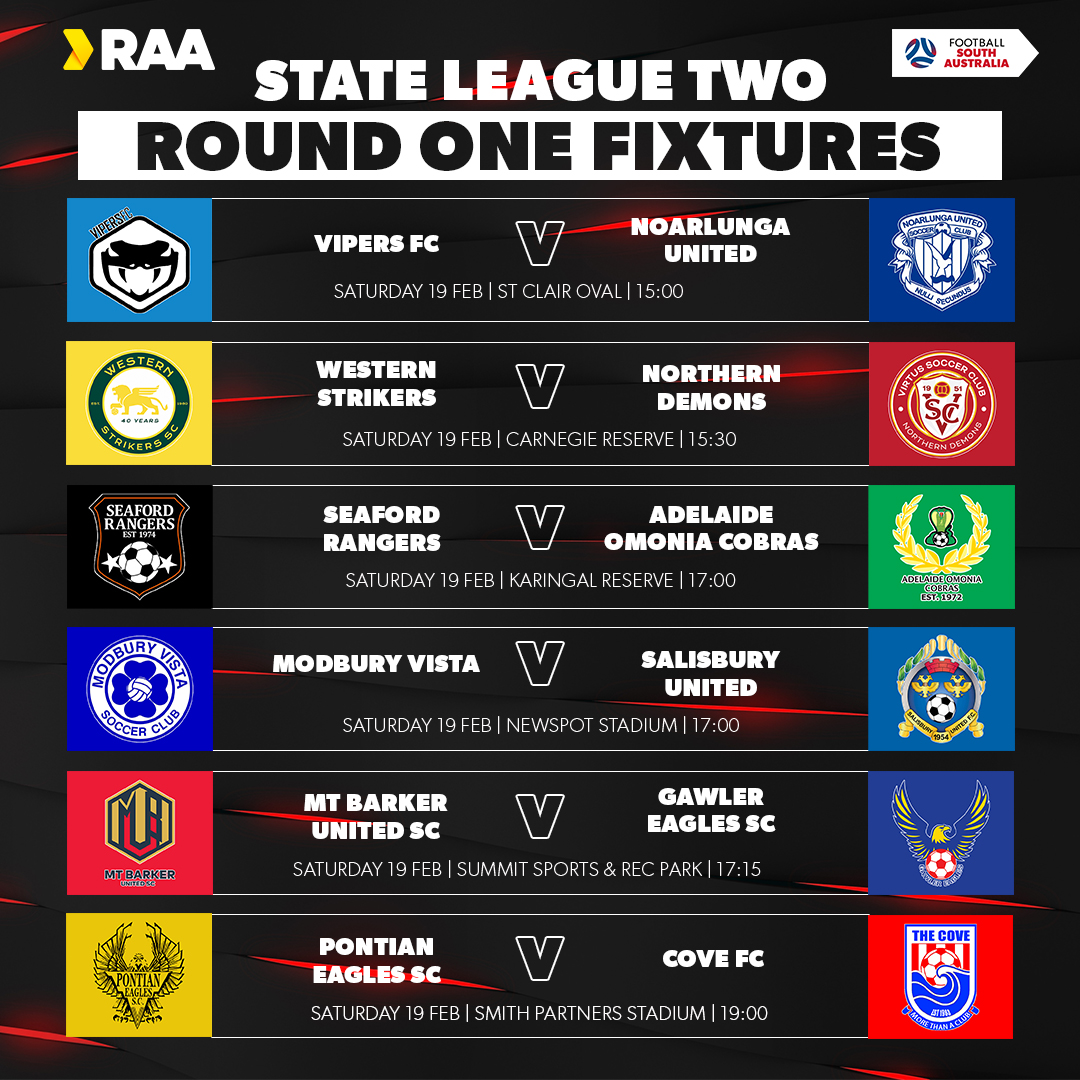