Football Federation SA is delighted to announce the fixtures for the Senior Men's competitions for 2019.

The 2019 season will be kicking off with a curtain raiser at the home of the National Premier League Champions. Campbelltown City will be facing off against newly promoted Adelaide Blue Eagles at Steve Woodcock Sports Centre on Friday 22 February, with a 7.30pm kickoff. 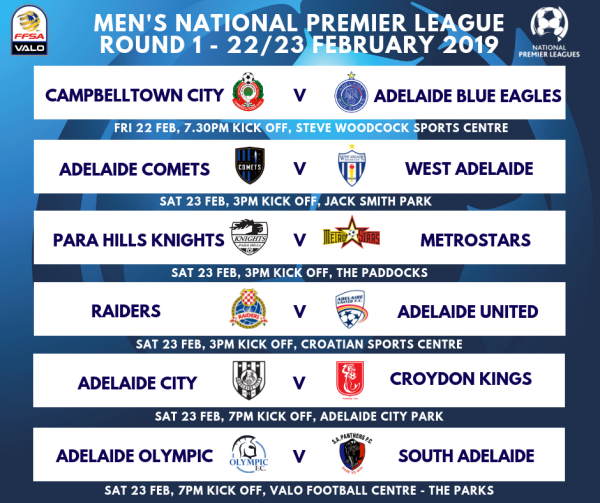 Round 2 will treat you to a doubleheader at VALO Football Centre with Adelaide United FC v Campbelltown City at 5 pm, followed by Adelaide Olympic v MetroStars at 7 pm.

Round 5 sees a repeat of the 2018 Grand Final, with Adelaide City hosting Campbelltown City at Oakden.

Football Federation SA will be giving State League 1 and State League 2 fans the chance to attend the NPL Match of the Round, with the top flight match kicking off at a later time of 7 pm. This will allow fans to attend both 3 pm State League matches plus an NPL match at 7 pm, rounding off a day's feast of football! 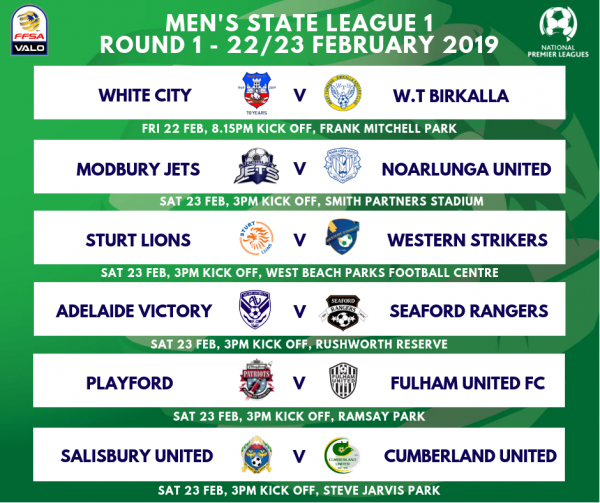 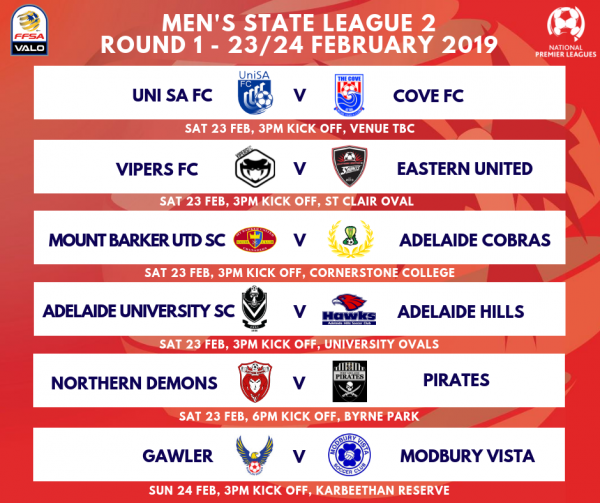