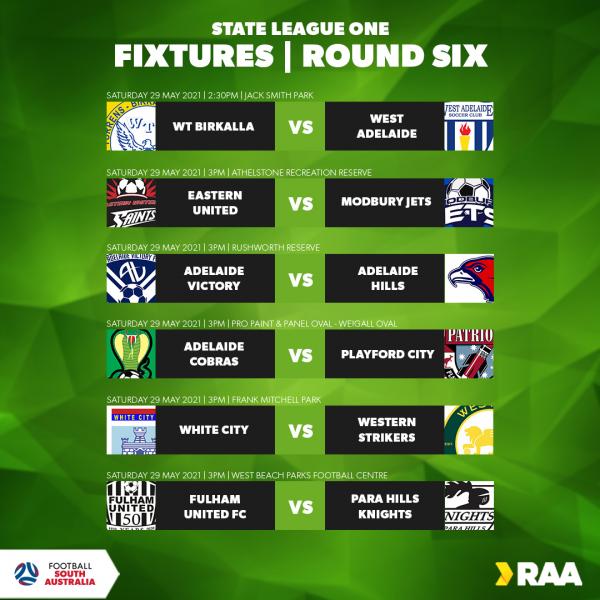 Since dropping points to the high-flying Adelaide Victory in their round two clash, Birkalla has found their form, going three matches unbeaten, with two wins and one draw since then.

That spurt of results currently puts the yellow and blacks third on the ladder after five rounds, two points off league leaders White City.

The Trimboli led outfit will now be hoping to add to that unbeaten run when they meet the fifth-placed West Adelaide this weekend.

West Adelaide will need to break down the Birk’s defence, which has conceded the least number of goals out of the entire league.

The blue and whites will need to find their shooting boots if they seek a win, something they haven’t done previously, as they boast the worst offensive record out of the top six so far.

Other matches in round six include third-bottom Eastern United welcoming northern outfit Modbury Jets, the in-form Western Strikers travelling to the top of the table White City, the underperforming Playford meeting bottom of the table Cobras, the surprise of the season Adelaide Victory’s clash with the struggling Adelaide Hills, and the black and white clash between Fulham United and Para Hills. 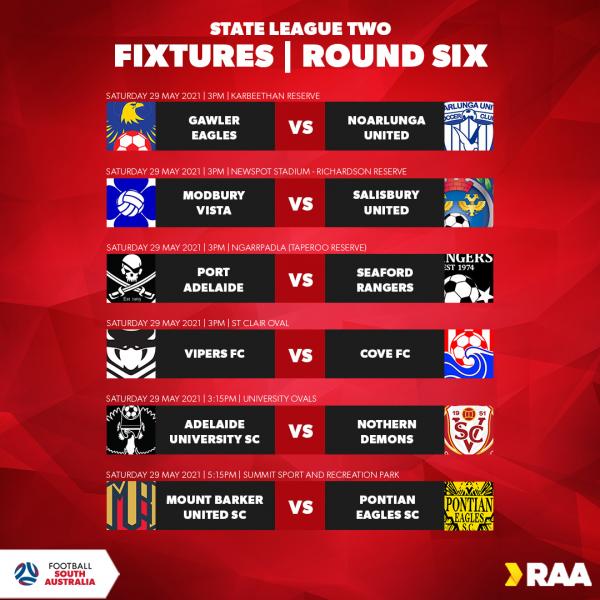 Noarlunga will travel to Gawler Eagles in round six of their State League 2 campaign, hoping to keep their good form going in a season that sees them sit third on the ladder.

The southern outfit will need to keep Gawler’s attack at bay, something of a challenge given the Eagles possessing the second-best goal scoring record in the league.

Noarlunga’s strong form, so far, has been predicated on their defensive ability, boasting the second-best defence in the entire league.

If the Bulldogs can keep the Eagles’ attacking potency at bay, they may be a step closer to adding another win to their belt, continuing to be a surprise of the season.