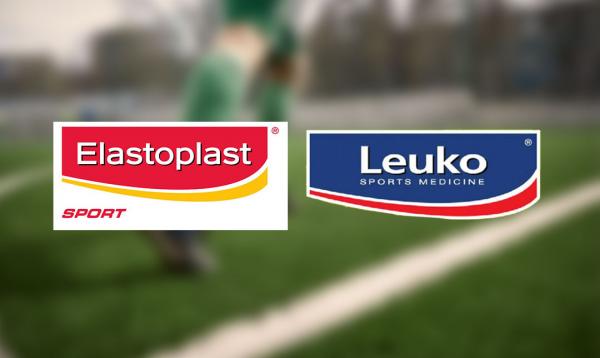 We take a look back at the action over the weekend in State League's One and Two.

Late drama between Seaford Rangers and Western Strikers saw the spoils shared between them in an exciting round of State League 1 action.

Jumar Oakley opened the scoring for Rangers, before their lead was cancelled out by Linus Johnston’s 30th-minute equaliser. The scores remained level until the 83rd minute when Nikola Markovic goaled to put Strikers ahead for the first time in the match. However, an own goal in the 93rd minute by Matthew Canny saw Rangers pull level at the death, ultimately securing them a point from the jaws of defeat. Both sides sit on two points from the opening four matches of the season, with Rangers just one goal clear in tenth.

Adelaide Hills and WT Birkalla played out an exciting fixture that saw three penalties awarded and eight yellow cards shown in a 3-2 Hills win. Anthony Quici opened his account for the season to put Birkalla ahead after just six minutes, but their lead was extinguished just before half-time thanks to Lewis Farquhar, who returned from suspension to equalise for Hills. Hills established a two-goal lead thanks to two penalties in ten minutes by Daniel Hosking, who has now scored five goals in his last two matches and six for the season. Melad Ahmad’s goal from the spot just three minutes later reduced the deficit to one, but Birkalla were unable to find the equaliser in a fiery encounter. The result drew Hills level with Birkalla on points, with a four-goal deficit on the ladder moving them to fifth.

Meanwhile, South Adelaide claimed the three points at Adelaide Victory in a strong 5-1 win to keep the pressure on West Adelaide at the top of the ladder. Jonathon Rideout scored a brace to bring his goal tally to seven in his last three games, maintaining his lead atop the goalscoring charts for the season. Blake Lindsay, Michael Goode and Robert Parker all got on the scoresheet for South, while Yasumasa Ueda notched Victory’s only goal in the encounter.

West Adelaide claimed an impressive come from behind victory at Vipers to maintain their 100% record to start the season. Hamish Anderson scored in the 14th minute to hand a surprise lead to Vipers, who are yet to win this season, becoming just the second player to score against West Adelaide this season. However, the visitors found a way, with a 76th-minute Yasmin Sudic penalty and an 83rd-minute strike by substitute Nicholas Stefanopoulos handing a fourth consecutive victory to West Adelaide.

White City and Playford City played out a 1-1 draw at Frank Mitchell Park, with Daniel Ryan’s first-half strike not enough to secure the win for Playford. Ryan’s goal was cancelled out by a 63rd-minute own goal by Bol Mapor, with the draw pushing Playford up to third and keeping White City in the eighth.

Sturt Lions and Fulham United also shared the points in their encounter, with neither side able to break the deadlock across 90 minutes. The result kept the sides level on points on the table, with a two-goal buffer to Sturt keeping them in sixth ahead of seventh-placed Fulham.

Daniel Degiglio was the hero for Northern Demons, netting in the 95th minute to secure a 2-1 over Salisbury United in State League 2. Joaquin Torres opened the scoring for Demons in the 50th minute after a goalless first half, before substitute Paul Owaci equalised 15 minutes later. The match looked to be heading for a draw but Degiglio’s winner secured Demons’ first win of the season, consigning Salisbury to their third defeat in four matches.

Elsewhere, Gawler Eagles made the most of their trip to Mount Barker United, running out 5-1 winners in a strong display. Benny Kovadio was the star on the day, netting four times in 10 minutes either side of half time to increase his season tally to seven. Kaylem Short scored a consolation penalty for Mount Barker in the 79th minute, before Feyai Banyankindagiye completed the rout in the 89th minute. The win moves Gawler up to second on the ladder, while Mount Barker remain bottom without a point in their first four matches.

Eastern United continued their strong form with a 3-1 win over Pontian Eagles, who are also yet to register a point this season. Pierre Ndayirata scored in the 14th minute to put Eastern in front, but Rashidi Edward ensured it was short-lived with an equaliser seven minutes later for Pontian. The sides remained locked at 1-1 for almost 50 minutes before Aaron Acton blasted a three-minute brace, in the 70th and 73rd minutes, to seal the win for Eastern. The result saw Eastern claim top spot after Round 4, with the club yet to be defeated this season.

Modbury Vista and Adelaide Cobras finished all square in their encounter, with four first-half goals between the sides unable to split the two. Lucas Skirving opened the scoring for Modbury after just three minutes, but his goal was cancelled out by Cobras’ Anthony Francesca less than ten minutes later. Marcus Marchioro restored Modbury’s advantage on 26 minutes before Francesca once again equalised in the 39th minute. The result saw Cobras fall to fourth on the ladder, while Modbury remains in seventh with an identical record to Pirates FC.

Adelaide University moved up to fifth on the ladder with their 1-0 upset win at table-topping Cove. Cove, who had not dropped a point in the opening three rounds, found themselves behind in the 47th minute thanks to Yusuf Ahmed’s strike and were unable to equalise in the second half. Uni’s win saw Cove fall from the top of the ladder down to third.

Finally, Noarlunga United and Pirates played out a goalless draw that featured two red cards to the home side. Both captain Clayton Bradley and Kurtis Rowe were shown red and despite the two-player advantage to Pirates, Noarlunga were able to hang on for a point. Pirates remain in sixth on the ladder, while Noarlunga sits in the eighth spot.