Football SA is saddened to hear of the loss of Life Member, Doug Conway.

Doug Conway has been associated with football as a player, coach, and administrator. Doug has been involved in football in the southern districts of Adelaide for 45 years. He is a life member of Noarlunga and Districts Junior Soccer Association, Noarlunga United Soccer Club and Seaford Soccer Club. As a result of his dedication to the game, Doug was inducted into the Football South Australia Hall of Fame as a Life Member at the 2019 Grand Final Day in September 2019. 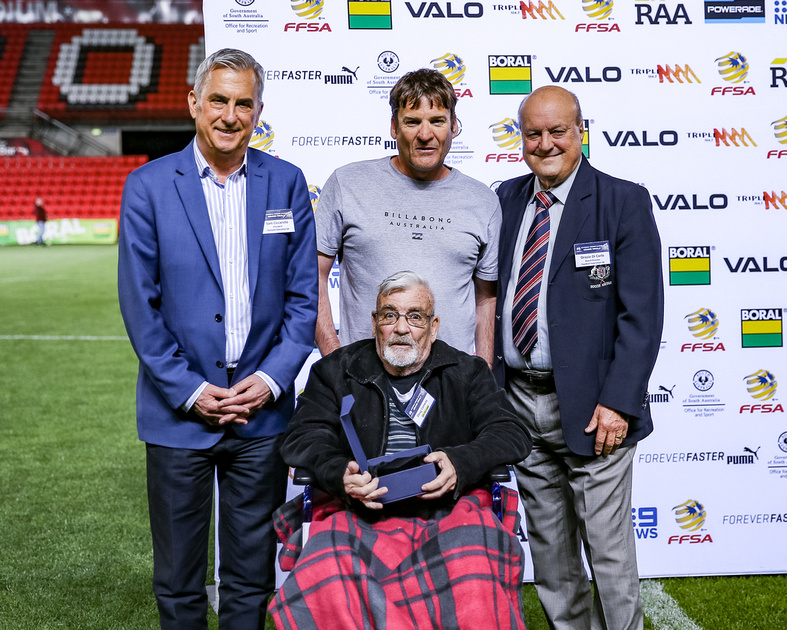 Noarlunga United Soccer Club's tribute of Doug, spoke of the positive impact he had on the game in the region.

Our Deepest Sympathy to Val & family on the passing of Doug Conway,
A valued Life Member who contributed to soccer in the Southern Community.
Remember that your loss is shared by many friends who care and that your in our thoughts at this difficult time 💙💙.

WT Birkalla also posted a tribute on their Facebook page.

It is with sadness that we hear of the passing of Doug Conway and extend our condolences to the Conway family.

To Birkalla, Doug was Grandpa to Liam (Ressies), Hayden (U14) and father and father-in-law to Stuart (coach) and Samara. He and his wife Valerie have become family to us coming to support their grandsons and Birks.

Despite illness, he continued to watch the boys play at every game of the 2019 season.

We acknowledge his own contribution to football in South Australia for the past 45 years in the southern districts particularly at Noarlunga and Districts Junior Soccer Association, Noarlunga United Soccer Club and Seaford Soccer Club. In 2019 he was made a Life Member of Football SA.

We will miss his passion from the sidelines but know he’ll be watching from above and honking the horn when we score!

The football community extends its condolences to Doug's family and friends at this time.

The funeral service for Doug takes place on Friday 10th January at Heysen Chapel, Centennial Park at 3.15 pm, followed by a celebration of his life at WT Birkalla Soccer Club.