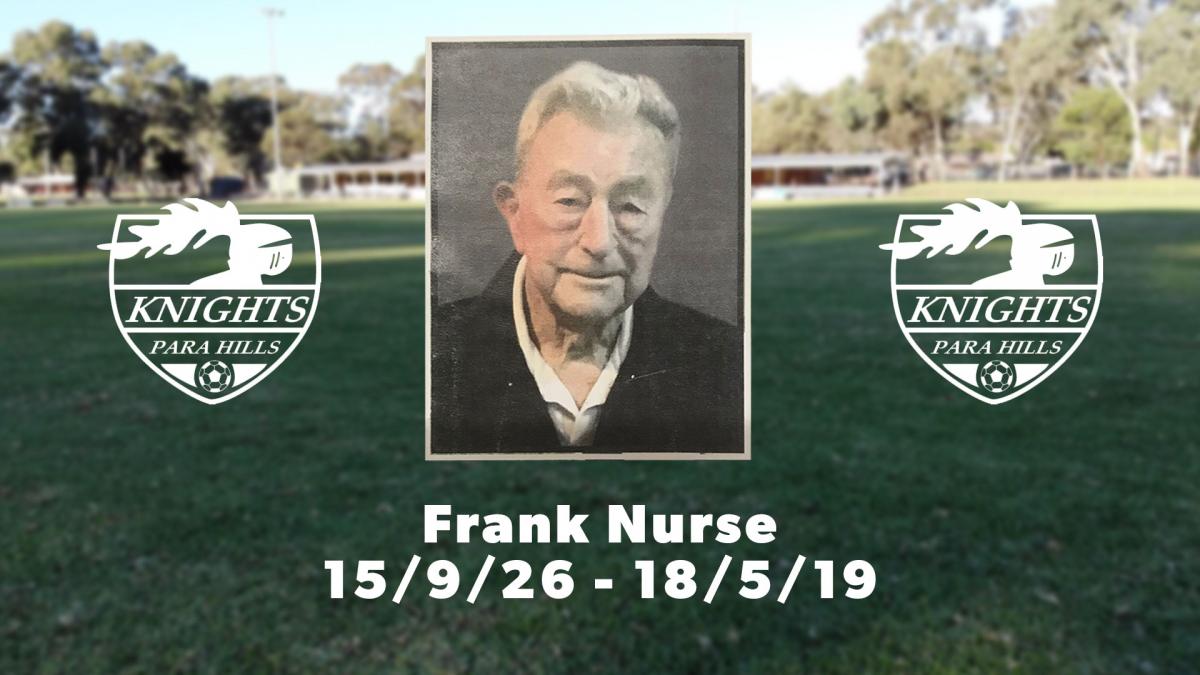 Frank arrived in Adelaide in 1965 and was immediately drawn to his local football club, Para Hills Knights, where he joined the committee and assisted with the running of the club for many years.

During his tenure, Frank took on the roles of coach, trainer, committee member, and chairman, but most importantly, a loyal supporter.

Up until recently, Frank never missed a home game. In fact, the only games he missed were night away games, which proves his love for the club remained strong over the years.

Frank was a Para Hills Knight supporter through and through.

Frank's son, Steve, told the story of how influential his father was to him and the club in the Para Hills Knights #HistoryMakers video.

Our thoughts are with Frank's family, friends and the South Australian football community.