Wins for Croydon, Raiders and Campbelltown ignite the NPL 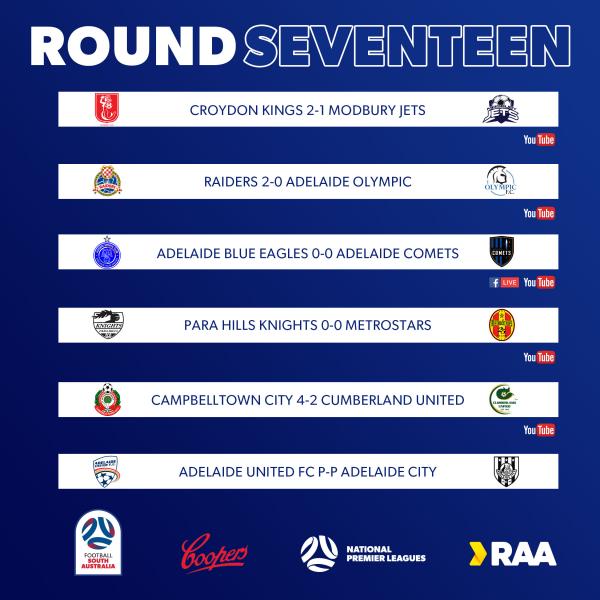 Reigning champions Campbelltown City have bounced back from an indifferent start to the season to claim a 4-2 victory over newly promoted Cumberland United at Steve Woodcock Sports Centre on Saturday night.

Campbelltown entered the match without a win in their last four matches, having most recently shipped five goals against Adelaide Olympic in the return from the COVID-19-enforced season break.

It looked as though their early-season woes would continue when Joshua Harvey slid his shot past a diving Nicholas Harpas to hand United the lead in the 23rd minute, but Dion Kirk’s deflected shot from distance found the net to equalise before half-time.

The home side started the second half in perfect fashion, snatching the lead through a ferocious Marc Marino piledriver from the corner of the box that beat the keeper for pace on 49 minutes.

A looping header from Declan Gray levelled the score for Cumberland three minutes later, but parity was short-lived as Alexander Mullen’s powerful shot from 18 yards bounced off the keeper and into the net in the 58th minute.

Joshua Barresi provided the cherry on top for the home side, converting from close range to seal a four-star performance, and much-needed return to the winners’ list, for Campbelltown City.

Elsewhere, Patrick Caraccia and Domenic Costanzo were on the scoresheet for Croydon Kings as they claimed a 2-1 victory over Modbury Jets, who have now lost their last two matches after a strong start to the season.

Alun Webb scored a brace for Raiders in their 2-0 win over Adelaide Olympic, while the struggling Para Hills Knights and Adelaide Blue Eagles held on for 0-0 draws with first-placed MetroStars and third-placed Adelaide Comets respectively.