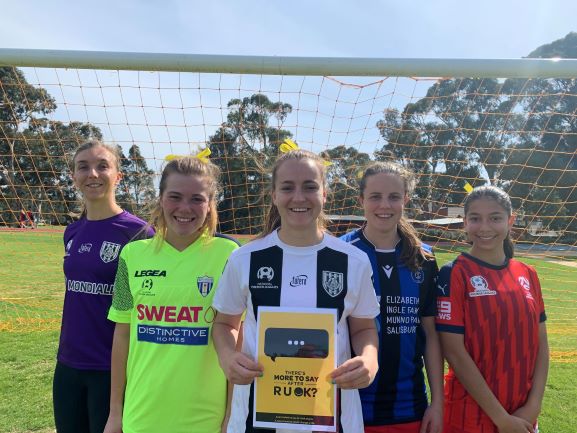 In an initiative lead by Isabel Hodgson, WNPL players will don yellow ribbons in support of R U OK Day for the final round of the season tonight. To join Isabel and the WNPL community in making a difference, you can DONATE HERE.

With second spot and a double chance on the line, Inter will be desperate to claim all three points against a Metro side that cannot be shifted from fourth with one match to play.

Six- and seven-goal wins over Comets and Fulham in the last two weeks have brought Inter within touching distance of West in second, sitting just four goals behind them entering the final round.

Metro have been impressive this season in comfortably booking their ticket to the 2020 WNPL finals series but will still be eager to impress against Inter, who are shaping as a potential opponent in the first week of finals.

The equation is simple for Inter: win and hope for a better result than West, who are facing the league’s most intimidating side in Adelaide City.

The second huge match of this round sees minor premiers City looking to stretch their commanding run into the finals over West, who cling onto second on goal difference.

City routed struggling Fulham 7-0 last time out to finally confirm their status as deserved winners of the minor premiership, sealing a showdown with either West or Inter in the first week of finals.

West, meanwhile, stumbled to a 2-2 draw with NTC last week, leaving the door ajar for Inter to sneak through and reclaim second place in the final round of matches.

They will be praying that Inter slip up in the early game, as they must match or better their rival’s result to ensure the double chance stays firmly in their grasp.

NTC have effectively locked in fifth place after a strong finish to the season that has yielded seven points from their last four matches and will be looking to end the season on a high against a Uni side aiming to avoid the wooden spoon.

A 2-2 draw against high-flyers West was the second time they had avoided defeat against a top three side in the past month, backing up a 2-1 win over Inter, ensuring their influence over the makeup of the finals despite not appearing this season.

Having recently climbed off the bottom, Uni fell to a hard-fought 2-0 loss to Metro to keep them within reach of last placed Comets entering the final round.

Both sides have enjoyed improved results towards the back half of the season and will be keen to cap off their respective seasons with a positive result.

The league’s two most out of sorts sides will face off tonight with at least one guaranteed to end the season with points gained after a long losing streak.

Comets have not performed to the standard they would have hoped this season, picking up just one win to date and having suffered a number of heavy defeats; they boast the league’s second worst defence and goal difference.

The honour, or dishonour, of the lowest in these categories belongs to Fulham, who have endured a torrid time since their last win seven weeks ago (against Comets) and have not scored in their last five outings.

With the end of the season not coming soon enough for the two sides, they will be eager to impress tonight and celebrate the efforts of their players and staff in the best way possible.