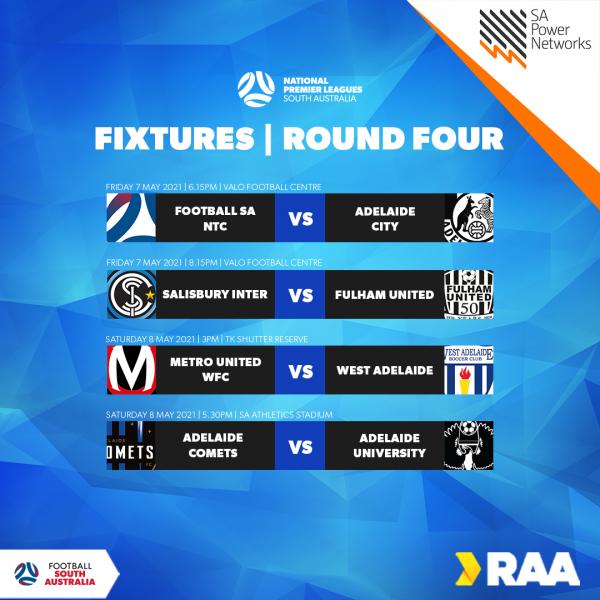 The opening match of the round pits an in-form NTC against City in what shapes as an exciting fixture under lights at VALO Football Centre.

NTC have shown their prowess in front of goal since their heavy opening round defeat to Inter, scoring three goals in seven minutes either side of half-time against reigning champions Metro after smashing six past Comets prior to the Cup round.

The side that lost to Metro in last year’s Grand Final endured a shaky opening two weeks but returned to their clinical best as a Chelsie Dawber hat-trick inspired a 4-0 victory over Fulham.

With both sides displaying a proclivity for finding the back of the net, expect some fireworks from this contest as both sides fight for supremacy on the night.

Inter’s brief 100% start to the season was brought to a halt last week, but they’ll be keen to continue their opening charge against a struggling Fulham side in the late kick-off.

Having found themselves two goals down at home against Comets last weekend, Inter star and reigning Shirley Brown Medallist Cote Rojas fired a second-half brace in her first appearance of the season to salvage a 2-2 draw.

Fulham’s fortunes weren’t quite as positive, though, as they were defeated resoundingly by City in a 4-0 loss that leaves them one of two teams still searching for a victory this season.

It may appear a mismatch on paper, but Inter will be hoping to avoid dropped points as they did last week while Fulham will be eager to register their first win of the season.

Metro were brought back down to earth last weekend, and the opening weeks of their title defence faces another significant hurdle tomorrow as they go toe-to-toe with West.

The young talent of NTC was too much for Metro to handle as they went down in a 3-1 defeat, as their opening-round win over reigning wooden spooners Comets remaining their only victory thus far.

West have started the season brightly, with a late equaliser at City preceding last weekend’s goal fest against Uni that finished 5-3, which was particularly impressive as their two goal lead had been reeled in with 20 minutes left to play.

Metro face a stern test to get their season kick-started this weekend, as the free-scoring West side they come up against tomorrow will likely present their toughest challenge yet this season.

Comets haven’t had much to show for their off-season recruiting spree so far, so they’ll be hoping to break their duck this weekend over Uni, who pays a visit to the SA Athletics Stadium tomorrow night.

A 2-2 draw against high flyers Inter represents a big step in the right direction for Comets, who failed to pick up a point in the opening two rounds, but will be keen to improve on rounding out games as they surrendered a two-goal lead.

Uni, on the other hand, have failed to pick up a point in the two weeks since their opening round triumph over City, most recently on the losing side of an eight-goal thriller against West.

Both sides will be keen to register a win here, with both sides looking to rise further up the table in 2021.