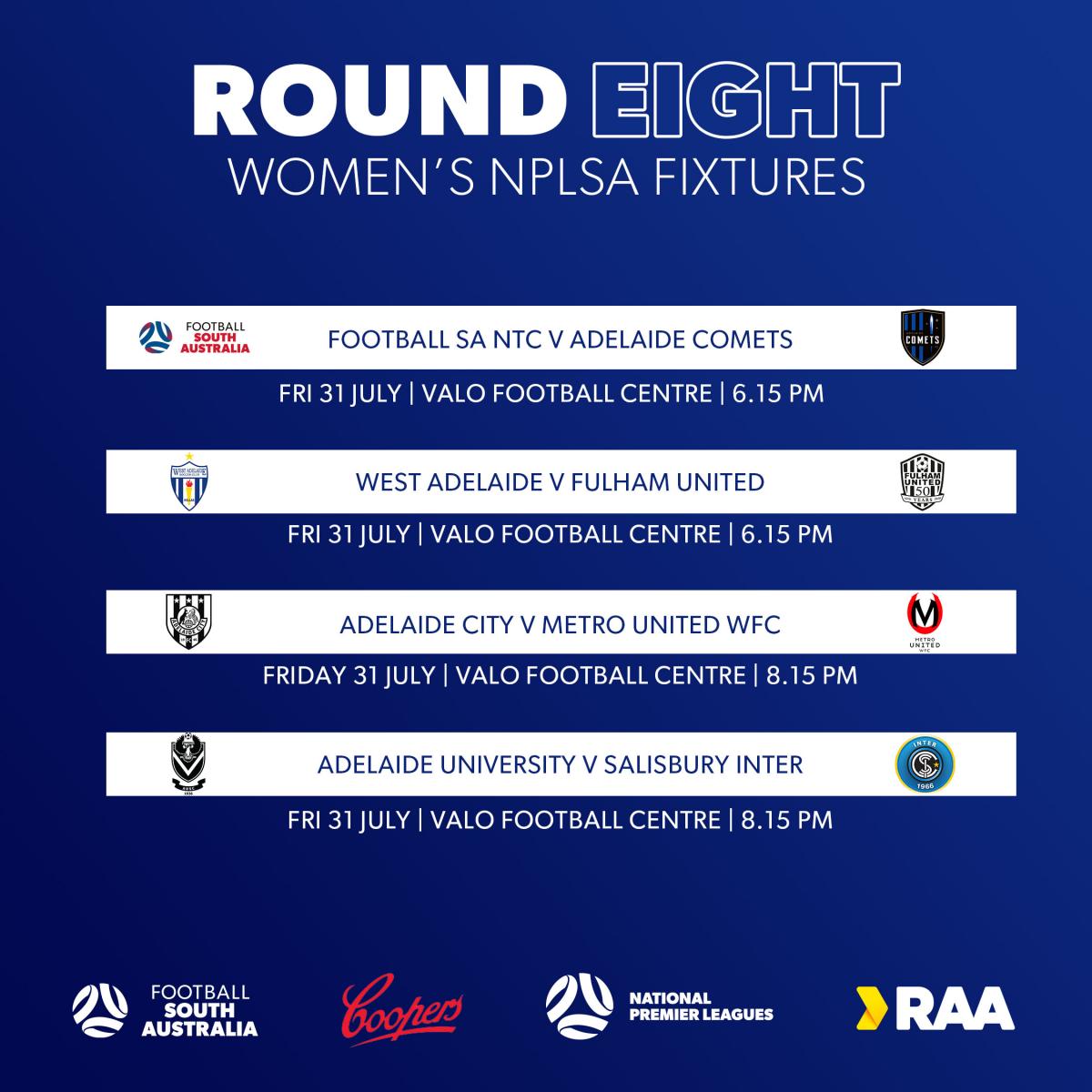 Comets were left still searching for their first win after another defeat last week and will be desperate to grab all three points against fellow strugglers NTC.

Two draws and two losses since the restart is not the kind of form Comets were hoping for after the long break and now sit in a perilous position at the halfway point of the season.

NTC are in a similar boat, picking up just one win in seven and most recently failed to get past the league’s bottom side in a 1-1 draw with Uni.

With both sides in dire straits at the wrong end of the table, and significantly off the pace with the chasing pack, a win is crucial in the context of the season.

West were well and truly humbled by City in last week’s top of the table clash and so will be looking to bounce back against a wobbly Fulham side.

After conceding only twice in their first six matches, City hit four past the league’s meanest defence to put a small dent in their first-place aspirations and drop them down to third.

Fulham snapped a three-match losing streak to grind out a 1-0 win over Comets and, crucially, put distance between themselves and the bottom three.

Despite sitting in fifth, Fulham boast the worst goal difference in the league and their high-flying opponents will be looking to take advantage of that tonight.

City have looked unstoppable all season, scoring at will to flatten any sides in their path, but face up against the only club to have beaten them in 2020 in Metro.

Last week’s 4-0 triumph over title rivals West was a significant moment in the season, as it signalled that not even the most defensively sound side in the league were safe from the attacking weapons at their disposal.

Meanwhile, Metro’s struggles in front of goal have been laid bare in recent weeks, suffering heavy defeats to attacking sides like Inter and West that leave them in fourth with a negative goal difference.

Metro will have to play out of their skins to match it with the league’s best, with City’s 37 league goals this season dwarfing their opponents’ total of just eight.

Uni picked up their second point of the season last week, but will have to do much more to stave off one of the competition’s powerhouses in Inter.

Uni have improved defensively having only conceded three times in their last four matches, but a singular goal scored in that same period makes for grim reading.

Inter, in stark contrast, swept Metro aside in a 5-1 trouncing and took advantage of West’s slip up to move into outright second in the table.

Despite lacking overall consistency since the restart, Inter will be confident of keeping pace with City thanks to their attacking power, while Uni must hope for a significant change in fortunes to gain anything from this encounter.