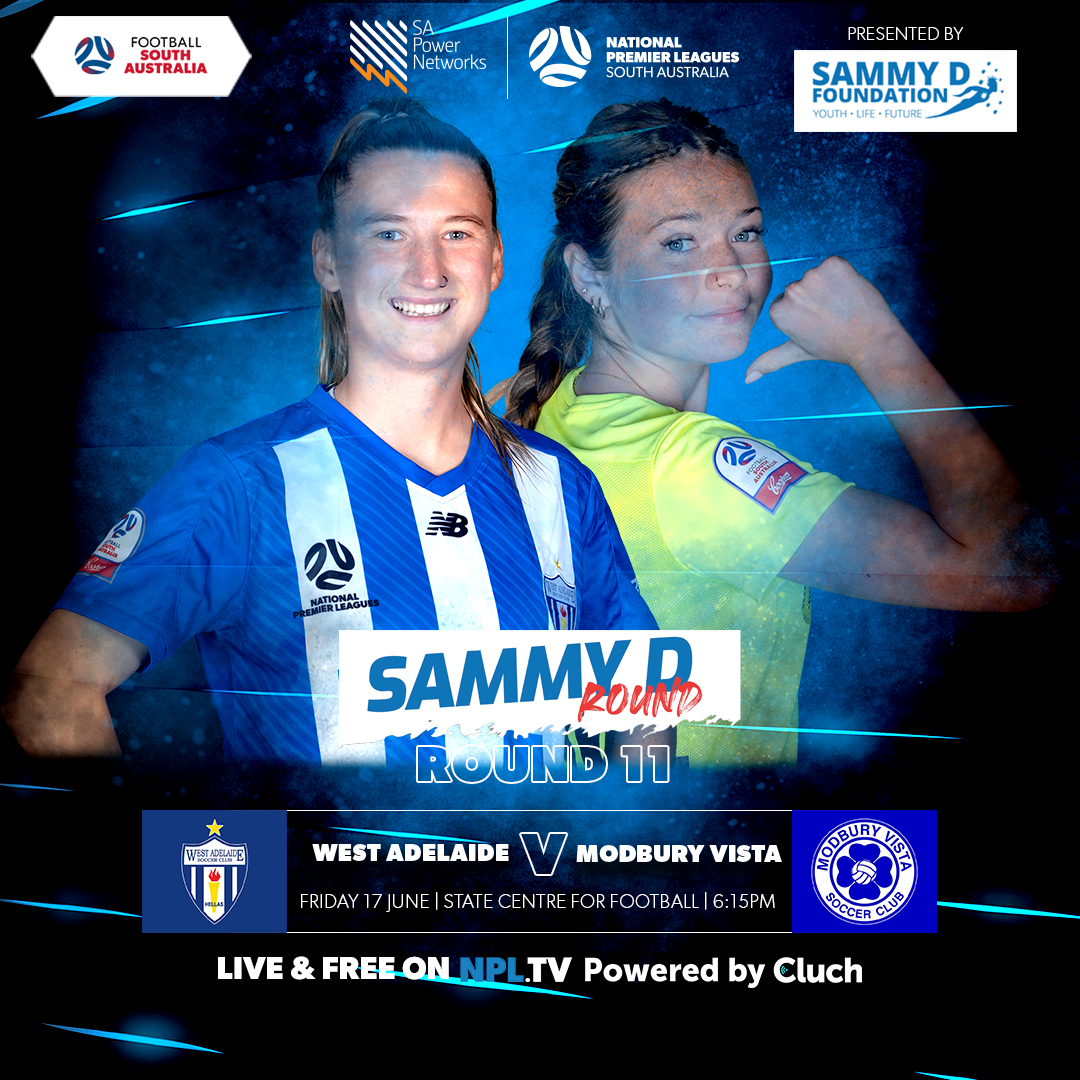 West Adelaide will be in great spirits heading into tonight’s clash with Modbury Vista after winning their top two clash with Adelaide City last week to go five points clear at the top of the WNPLSA. It was an early scare for West Adelaide as Adelaide City took the lead in the opening seven minutes from the penalty spot. West Adelaide didn’t find their equaliser until the 56th minute when Laura Johns found the back of the net, with the team finding the winner through a spectacular Nicole Blackett last-minute free-kick. Their win against Adelaide City marked the team's ninth consecutive win, which has seen them now beat every time in the WNPLSA this season.

The last time West Adelaide met Modbury Vista; it was another easy win for the league leaders as they won the matchup 5-1 to enter the Round of 16 of the WNPL & WSL Cup. That matchup marked the second time this season that both sides have met, with the two sides meeting in Round Two of the WNPLSA season, which ended in a 9-0 West Adelaide win. Currently, over the two times, West Adelaide and Modbury Vista have met, we have seen West Adelaide score 14 goals and concede only once.

Modbury Vista almost pulled off their first win of the season as they secured a valuable point as they drew with Adelaide Comets 3-3, which saw Alana Fitzsimmons secure a double, while Leah Noto secured the equaliser in the 84th minute as she scored her second of the season. That point saw Modbury Vista go level with ninth-placed WT Birkalla on three points each, as they remain the only two teams still yet to secure a win this season. Currently, only two points off eighth-placed Fulham United, if Modbury Vista can secure a victory over a tough opponent, it could see them exit the bottom two. 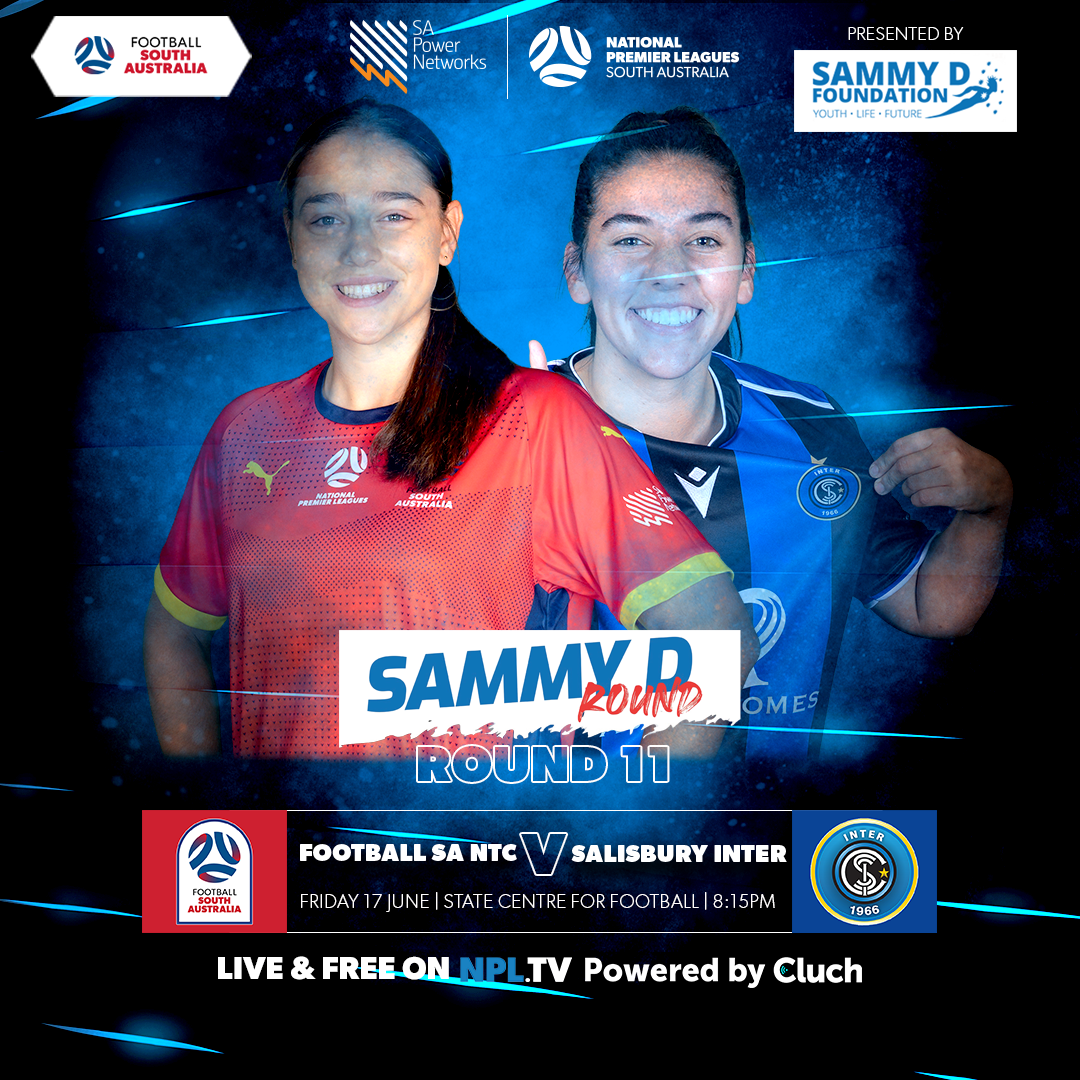 Football SA NTC is looking to continue their two-game winning streak, however, face a difficult challenge as they face the current second-place Salisbury Inter. After spending four games without a win and dropping out of the top four, Football SA NTC has responded perfectly as they beat Modbury Vista 5-0 and most recently Metro United WFC in a period where they scored nine goals without conceding one. Claire Scarpin led her team to victory over Metro United WFC last week as she scored a nine-minute second-half hat-trick to take her tally to nine goals in ten games, while Madeleine Wright contributed to a goal herself in the 88th minute to secure the 4-0. Currently, four points away from Adelaide City, Football SA NTC is looking to secure their sixth win of the season to close the gap.

Both teams played out a 2-2 draw when they met earlier in the season in Round Two, which saw Salisbury Inter score in the dying minutes to rescue a point. Danielle Harmer and Victoria Costanzo both opened the scoring for their sides in the opening half, which saw both teams go into the break at 1-1. Football SA NTC looked to have secured the three points as Lily Di Cola scored with only ten minutes to go, but Salisbury Inter were not prepared to lose as Maria Rojas Pino scored the equaliser in the last minute.

Salisbury Inter has been in incredible form over the last two months which has seen the side win six out of their last seven games, with their last loss coming in Round Seven against Adelaide City. The team entered the top two for the first time this season, as they secured a 2-1 win over Adelaide University as Maria Rojas Pino scored the winner in the 75th minute, while Chantelle Ryder’s efforts cannot go unnoticed as her 18th-minute goal gave her side the lead. Currently five points off league leaders West Adelaide, a win could potentially see them close the gap and will see them remain in the top two for another week.

Fulham United will be eager to build upon their first win of the season last week, however, will face a difficult challenge as they face Adelaide University who hope to get their season back on track.

After starting the season with three consecutive wins, Adelaide University has dropped in form since then which has seen the team drop out of the top four as they now sit in sixth, three points off the current top four. Since then, Adelaide University has lost four of its last seven games, while drawing two and winning one during that time. In their last match, Adelaide University was unluckily to not take a point out of their matchup against Salisbury Inter as Chanel Todino’s 56th-minute equaliser was cancelled out by a late Salisbury Inter goal. Currently sitting in sixth, a win could be extremely valuable for the team as they search to keep their top-four hopes alive.

Adelaide University secured a 2-1 win over Fulham United when they met are the start of the season. This win saw Tanaye Morris and Milano Venter both secure goals to assist their team to a 2-0 lead, while Fulham United’s Chole Mortimer’s goal was unable to spark any comeback in the match.

In WT Birkalla’s search for their first win of the season, they must look to overcome an Adelaide City side who is hungry to get back to winning ways.

Currently sitting ninth with only three points, WT Birkalla’s first ten games in the WNPLSA has been one to forget, as the team enters Round 11 with zero wins, three draws and seven losses. WT Birkalla had the opportunity to extend the margin between themselves and the bottom two last week, however, faced a 1-0 loss to the bottom two side Fulham United, providing them with their first win of the season as they exited the bottom two. WT Birkalla continues to struggle in front of goals, with the team sitting on seven goals scored in ten games thus far this WNPLSA season.

Adelaide City was victorious last time both sides met as they secured a 4-1 win which saw Katie Bowler score a brace, while Mawa Sumaoro and Florence Russell both scored on the day. Sarah Chappel was able to get a goal back for WT Birkalla in the 85th minute, however, it was too late to spark any sort of comeback for their side.

Adelaide City will be devasted after losing their top two clashes with Adelaide City, as a last-minute West Adelaide freekick secured a 2-1 victory, which saw Adelaide City drop to third and now sit six points off the top spot. Katie Bowler looked to spark a top performance for her team as he scored from the penalty spot within the first seven minutes, however, they were unable to capitalise on this, eventually losing the matchup. Currently one point off the second spot, Adelaide City will be hoping to secure their eighth win of the season as they search to regain their place and close the six-point gap.

Adelaide Comets is set to face Metro United WFC Saturday night at the State Centre for Football in a highly contested encounter.

After experiencing five weeks without a loss between Round Four and Eight, Adelaide Comets will be devasted to have now gone the last two weeks without a win, losing to West Adelaide in Round Nine, while experiencing a 3-3 draw with the current bottom side Modbury Vista. After a Yuka Sasaki double gave Adelaide Comets a 2-1 lead over Modbury Vista heading into half-time, her team will be devasted to have not capitalised on this lead as a third goal of the night by Chrissy Panagaris was not enough for her side to secure the win, with their opponents equalising with six minutes to play. This draw has seen Adelaide Comets drop out of the top four as they now currently sit in fifth.

Adelaide Comets was beaten 3-0 last time they met Metro United WFC in Round Two, as goals by Lauren Steer, Laura Stockdale and Victoria Mansueto all lead their side to their first victory of the season.

Experiencing a shaking start to the season, Metro United WFC looked to have regained their form over the last month as they secured two wins and a draw in their last three games before Round Ten. Last week saw them lose their first game since Round Six as Football SA NTC beat them 4-0, with nothing really to celebrate on the night for the Metro United WFC squad. Currently, four points from the top four, a win for Metro United WFC will see them close the gap, setting them up for an important end to the season as they search to enter this year’s Finals Series. 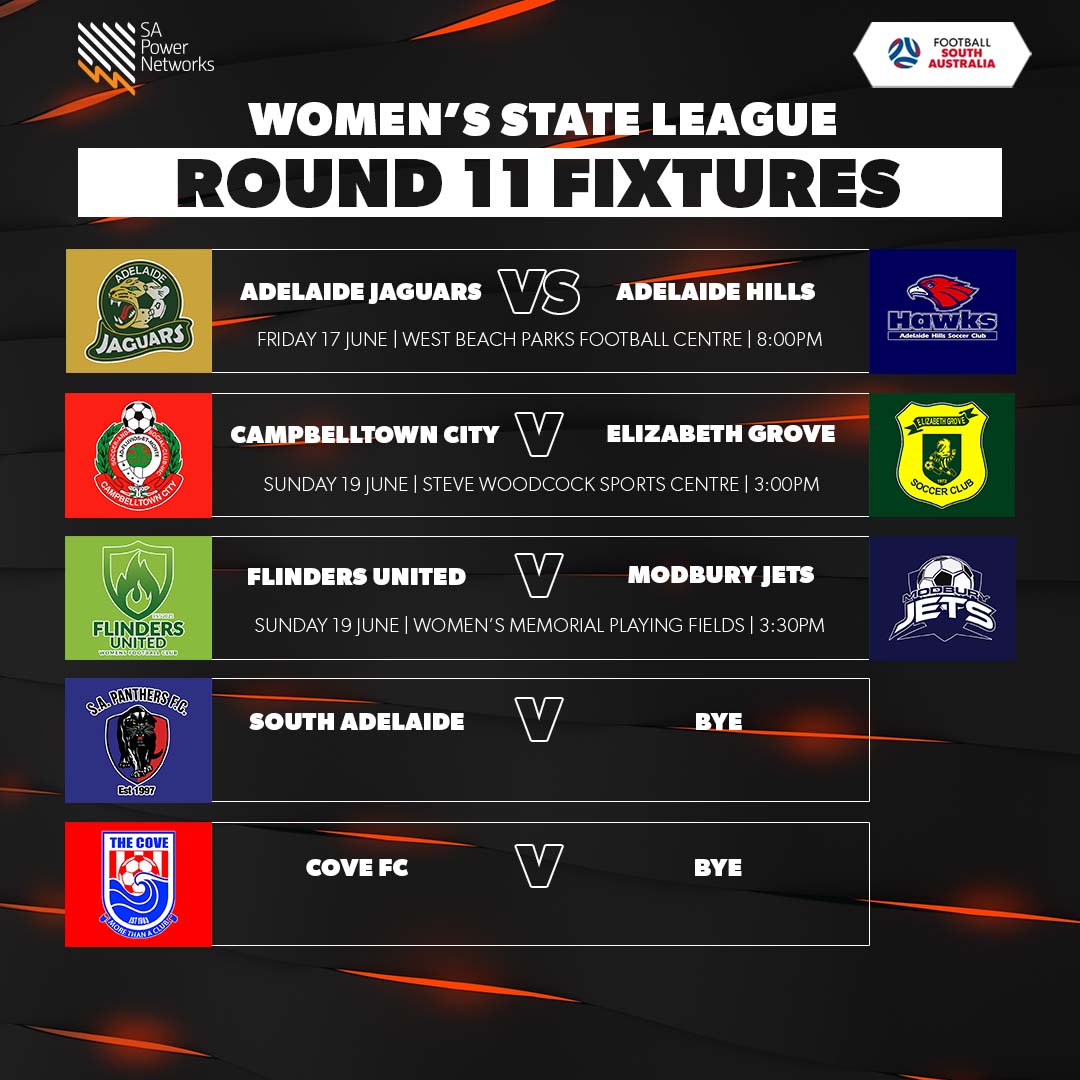 Women’s State League Football continues this weekend with three exciting encounters. Adelaide Jaguars host Adelaide Hills at West Beach Parks Football Centre tonight in a must-see game, with Adelaide Jaguars hosting an event to celebrate pride this weekend. Adelaide Jaguars are now looking to re-enter the top two with only one point separating them and second, while Adelaide Hills look to overtake Adelaide Jaguars and secure a top-two spot. Both clubs are currently sitting level on points and have a level goal difference. In other action, we will see Campbelltown City face Elizabeth Grove Sunday afternoon at Steve Woodcock Sports Centre. Campbelltown City is still searching for their first win of the season after starting the year losing every game. While Elizabeth Grove search for their first win since their second-round 4-1 victory over Campbelltown City. To finish Round 11 in the Women’s State League, current league leaders Flinders United will face off against Modbury Jets at Women’s Memorial Playing Fields. Flinders United currently sit two points clear at the top of the Women’s State League and is eager to extend this with another win. While Modbury Jets now search to build upon two consecutive wins that have seen them beat Elizabeth Grove 6-1 and Campbelltown City 6-0.