Adelaide Comets is looking to continue their great run of form that has seen them remain undefeated in their last three fixtures. In Round Six, Adelaide Comets recorded an impressive 4-1 win against Adelaide University as they closed the top-four gap to only a single point. In their 4-1 win, Georgie Nicola recorded her fourth of the season and Joanna Katsabis scored her third, while Chrissy Panagaris scored twice with one of her goals earning a nomination for Goal of the Week. A win for Adelaide Comets will see them enter the top four for the first time since Round One. 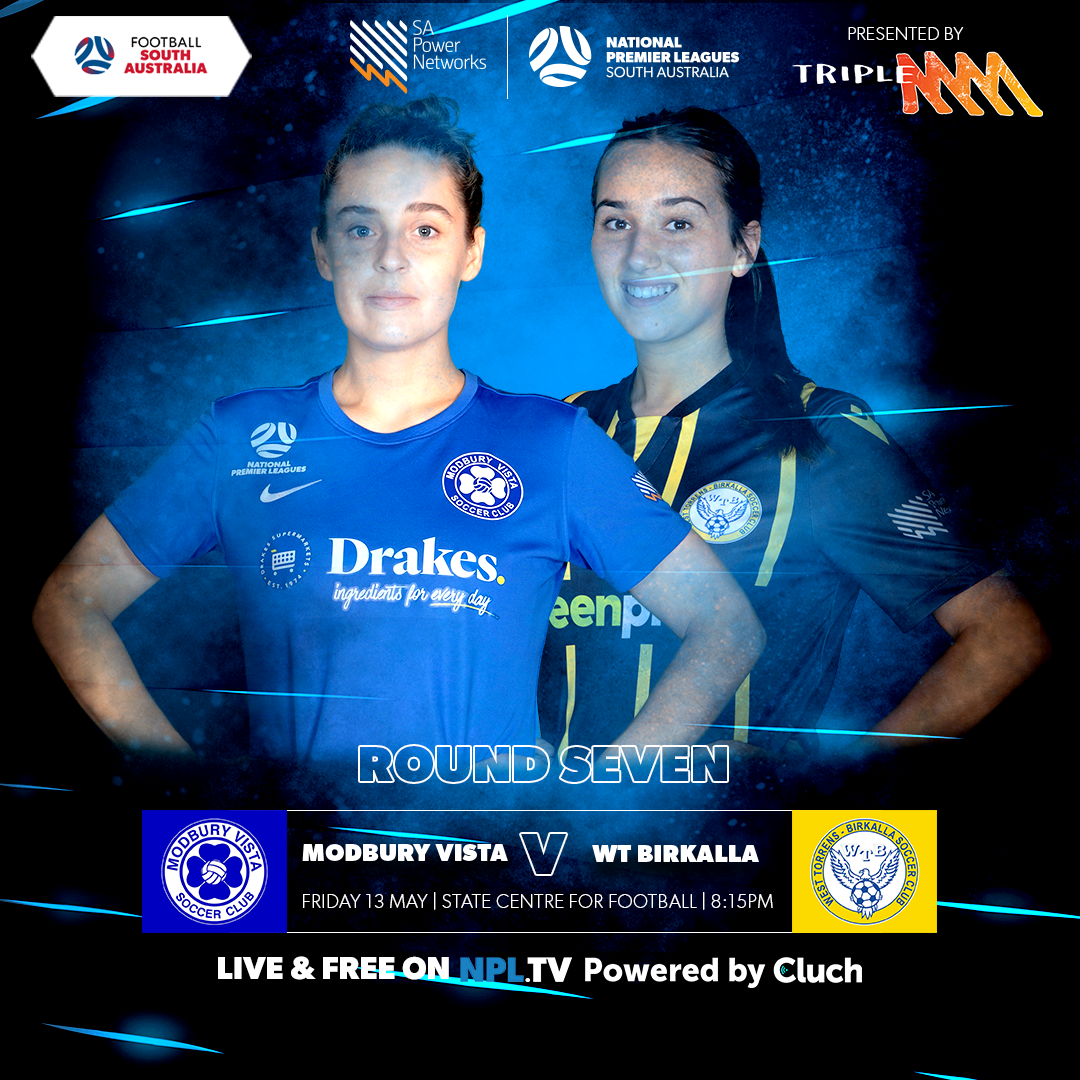 Last season’s two Women State League standouts face each other for the first time since being promoted. Both clubs have struggled to adapt to life in the WNPLSA this season, with both yet to win a game. Modbury Vista secured their first points of the season in Round Six as they drew with fellow strugglers Fulham United, with Elisabeth Dodds scoring their only goal to record her fifth in six games. Yet to record a win for the season, tonight’s matchup against WT Birkalla is the perfect opportunity for them to record their first three points and remove themselves from the bottom of the ladder.

WT Birkalla will be hoping to pick up their first victory in the WNPLSA after going six rounds without a win. In their last match, WT Birkalla were beaten by West Adelaide, however, produced a great defensive performance that kept the league’s best-attacking side goalless until the 58th minute, eventually losing 2-0. WT Birkalla must search for a source of goals if they are to find three points, with the team only scoring four goals in their opening six games. There is all to play for in Round Seven for both clubs.

Metro United WFC’s start to the 2022 season has been one of mixed emotions, with the team sitting in seventh with only two wins in their opening six games. Although losing their previous two games, Metro United WFC’s performances in the past couple of weeks have been relatively strong, with the team narrowly losing by one goal against title hunters Adelaide City and Salisbury Inter. In their previous fixture, Roxanne Dodd’s two goals almost secured a point against Salisbury Inter, however, the opposition was too strong on the day. Four points away from sixth, Metro United WFC will hope to close the gap with a win in Round Seven.

Fulham United are searching for their first win of the season after going the first six games without recording a victory. After four straight losses, Fulham United secured their second points as they drew with fellow strugglers Modbury Vista 1-1, with Angela Mills scoring only the team’s third goal of the season. Currently holding the worst attacking output in the competition, Fulham United will need to start finding the back of the net as they search to remove themselves from the bottom two. Can Fulham United FC record their first three points of the season in Round Seven? 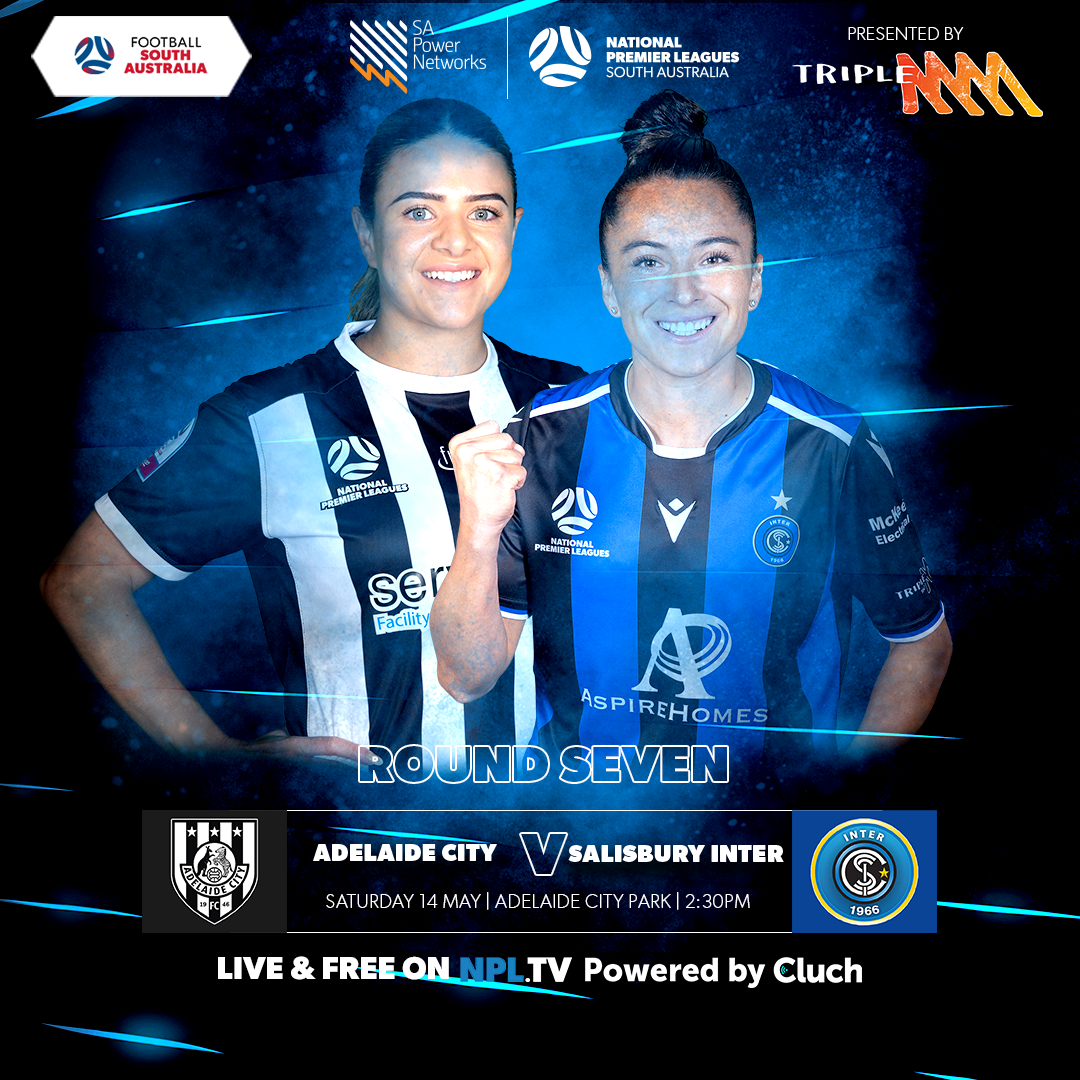 Two teams that are searching for the top spot face off Saturday afternoon as Adelaide City host Salisbury Inter at Adelaide City Park.

Adelaide City is currently on a great run of form, winning five of their opening six games which now see them occupy second, missing out on first by goal difference. In their last league fixture, Adelaide City’s talent and their experience were shown as they provide top-four rival and then-undefeated Football SA NTC their first loss of the season beating them 4-2, before beating them again 6-1 on Tuesday night in the WNPL & WSL Cup. New signing Zoe Tolland recorded back-to-back league goals, while Isabel Hodgson has now scored three in her last three games. A win for Adelaide City will see them distance themselves from opponents Salisbury Inter by five points heading into Round Eight, while they could gain first if West Adelaide were to lose.

Currently on a run of three wins in a row, Salisbury Inter a desperate to overtake Adelaide City and West Adelaide and regain their place at the top of the WNPLSA. In their last fixture, Salisbury Inter recorded a 3-2 win over Metro United WFC with Maria Rojas scoring twice to secure her fifth and six goals in five games, while Emily Heazlewood secured her fifth goal of the season. Currently holding the second-best defensive record in the competition, Salisbury Inter will be eager to withhold a strong Adelaide City attack to secure their fifth win of the season.

After starting the season with three straight wins, Adelaide University is now without a win in their last three fixtures, with their most recent game coming in the form of a 4-1 loss to Adelaide Comets. Their drop-in form has seen them leave the top four and now currently sit in sixth. Tanaye Morris scored the team’s only goal of the game, recording her fourth of the season. A win for Adelaide University could potentially see them re-enter the top four if Adelaide Comets and Football SA NTC drop points.

West Adelaide continued their winning streak in Round Six, beating WT Birkalla 2-0 to make it five wins in their last five games. Olivia Bramely scored the opener in her first game of the season, while Racheal Quigley scored in her fifth consecutive game, taking her league tally to eight goals in five games. West Adelaide still holds the league’s best attack and defensive records, as they have recorded 30 goals and only seven conceded in six games. West Adelaide will be hoping to distance itself from second place Adelaide City who are currently equal on points. 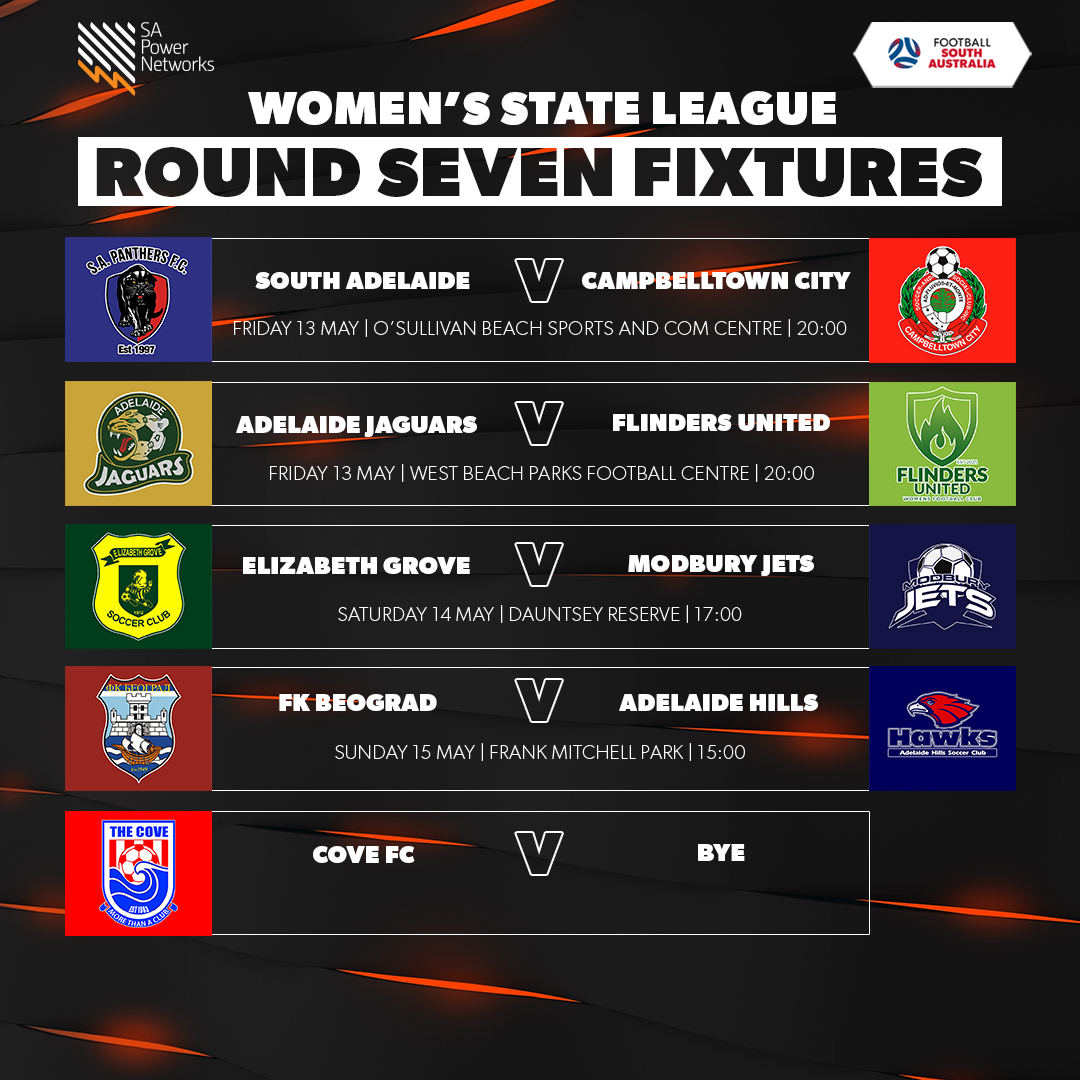 After three consecutive defeats, Elizabeth Grove will look to secure their second win of the season as they face Modbury Jets at Dauntsey Reserve. Having not won since their opening-round win over Campbelltown City, Elizabeth Grove will be eager to record another as they search to distance themselves from bottom side FK Beograd. Modbury Jets are now searching for their third win of the season after experiencing a bad run of form. Although experiencing a drop in form, Modbury Jets have remained strong in defence, holding the joint second-best defensive record in the competition with only seven goals conceded. A win for Modbury Jets will see them distance themselves from the bottom three teams.

FK Beograd look for their second win of the season however face a difficult challenge as they face Adelaide Hills on Sunday afternoon. Starting the season with five losses in their first six games, FK Beograd will be hoping for a change of fortunes soon. In their last fixture, they lost to Flinders United 11-0. Adelaide Hills have had a mixed start to the 2022 season winning three and losing two of their opening five games. They most recently beat Cove FC 2-1 and will look to build open this with a big win against FK Beograd. A win for Adelaide Hills could see them enter the top four.

Cove FC has received a bye in Round Seven.