Meet The Bettermans - quite literally a 'Football Family'

Meet the Betterman family, who all have one thing in common, besides the same last name; the trio are all part of the Football SA Programs.

That’s a great touch by Betterman, who passes it to Betterman – but it's ruled offside by… Betterman?

This is the dynamic of Jayden, Mitchell and Sophie Betterman – a family that is football-mad. Whilst the opening line may be confined to their backyard, all three Betterman kids frequent real football games across South Australia; two as players, and eldest Jayden (17) as a referee. Mitchell (15) and Sophie (14) are very gifted footballers and are continually developing as part of the Football SA program. Jayden is one of the state’s up and coming referees, whose skills have earned him a place in the state referee academy. 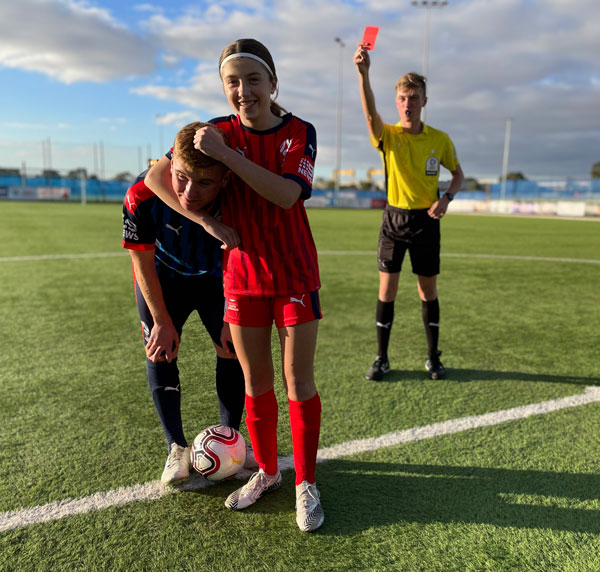 All three are ambitious and want to push themselves as far as they can go. Whether it’s as a referee or a player, they share a competitive drive that is helping them to be the best they can be. Comparisons and competitions are constantly devised between the siblings, who will often sit down over game footage and deliberate on what they see. Jayden has even refereed Mitchell in a few games of futsal, stating he loved giving him “a yellow card here and there”.

Mitchell also exhibits this competitive edge, with the two brothers often debating who has to run more, who has to be fitter and other facets of the great game.

Sophie watched on as her older brothers took up football in some way, and eventually found herself as the only girl in her primary school team. The next year she roped in 3 of her friends, the year after that there were another 8 girls – until eventually, the primary school had its very own all-girls football team. Sophie’s journey then progressed from school to local club, to SAP (Skills Acquisition Program) and eventually into the Football SA state program.

Sophie has taken on her brothers love of refereeing too and recently officiated in the SAJSA State Championships after completing her Level 4 Referee course.

Zane Betterman (father) also coached at Sturt Lions, after gaining a Youth C License with Football SA in 2018. He played a big part in the development of the children, and whilst COVID19 had put a stop to all organised training, he helped Mitchell and Sophie maintain and improve their skills through individual sessions at the local ground.

All three kids can see the tangible rewards of their efforts, and of course the programs. In Jayden’s own words, he receives “quality coaching from the best”, and his mum Agnieska identified that through his journey with the program he “has matured quite rapidly, becoming responsible, independent and resilient”.

Both Mitchell and Sophie have also benefited, with Agnieska adding that through their football journey they’ve become “more determined, more organised.”Agnieska attributes these benefits to the program’s emphasis on development rather than just winning. “They can focus on (themselves) and focus on getting better.”

In a unique home environment, the Betterman family continue to thrive and benefit in Football SA programs. The sky is the limit for the trio and we look forward to monitoring their development over the coming years. 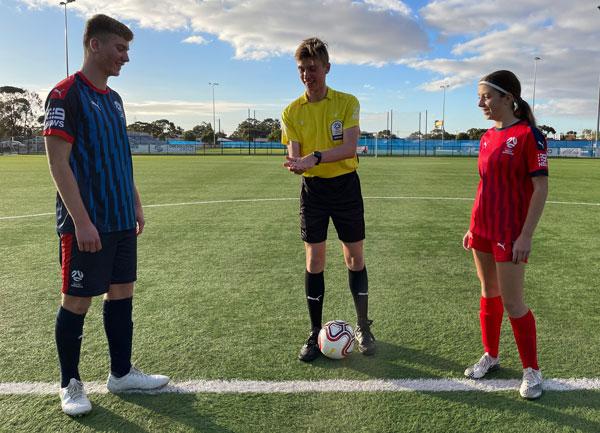