Salisbury United to relocate to the Burton Park Football Facility

Football Federation SA (FFSA) in partnership with the Salisbury United Football Club (SUFC) wish to announce that SUFC will relocate its entire club and football operations to the Burton Park Football Facility effective Friday 16 June 2017. The relocation will see the club exi

Take a virtual tour of Churchill Road's Kilburn Sportsplex, the sparkling new home of West Adelaide SC when it's open in Season 2018.

FFSA State League 2 Club, Gawler Eagles SC have been granted a $2,000 NAB Club Recognition Award on the back of some stunning performances from Adelaide United midfielder, Riley McGree. McGree's impressive Hyundai A-League form was even capped with a call-up to the recent Socc

2016 PlayStation 4 National Premier League South Australia Champions, Campbelltown City SC have been granted a $2,000 Club Recognition Award from NAB on the back of some stunning performances by former junior, Paul Izzo, in the Hyundai A-League. Paul was February's nominee for

2016 Celebration of Football: The Award Winners

The annual Celebration of Football, held this year at the Adelaide Convention Centre - was the Federation's largest to date, with over 750 members of the State Football Community in attendance. Included in this ever-growing number of people, for the first time, was the State T 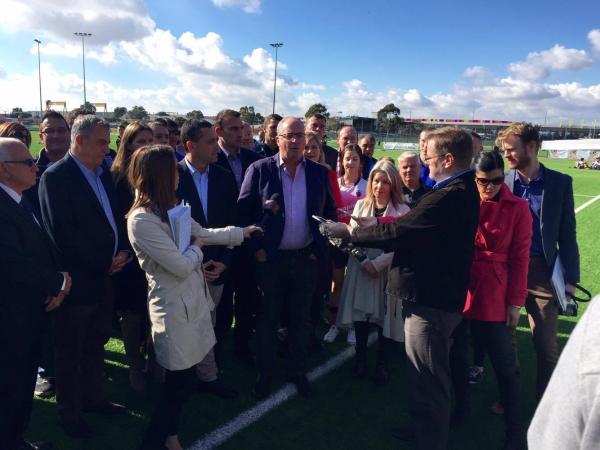 The State Government has announced a $10million budget measure to build eight artificial pitches and upgrade football (soccer) clubs across Adelaide. The investment will be delivered through the Football Federation of South Australia (FFSA), after the FFSA called for funding t 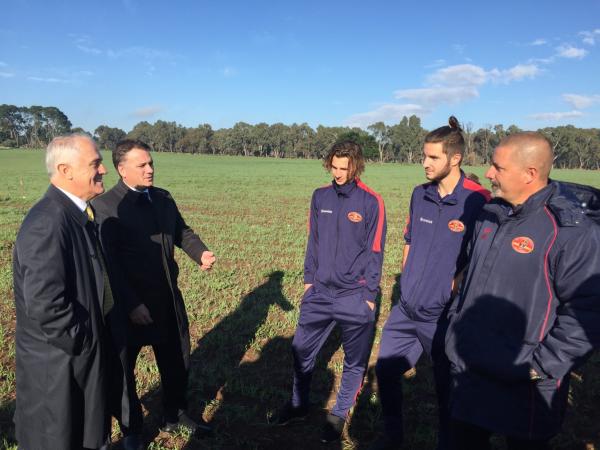 Prime Minister Malcolm Turnbull, in conjunction with Federal Member for Mayo Jamie Briggs, this morning announced $3.75million towards the establishment of a regional sporting hub in Mount Barker if re-elected.  The new facility will ensure the Mount Barker Regional Sports Hub